Residents have 24 hours after end of snowfall to clear sidewalks 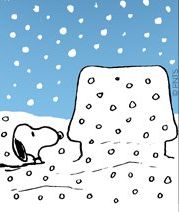 According to Columbia Borough ordinance:

Each tenant, owner or person in charge of any property fronting on or adjoining any street in the Borough of Columbia shall clear a pathway of at least three feet in width on the sidewalk in front of or adjoining such property within 24 hours after the snow which is the cause thereof has ceased to fall, or to be formed, or after the same as been deposited thereon in any manner. The snow cleaned from the pathway shall not be deposited in the street after the street has been plowed. As used herein, "snow" shall mean any precipitation depositing any accumulation on the street and sidewalks, such as snow, sleet, hail, ice and freezing rain.

Any person who shall violate any of the provisions of this article shall, upon conviction thereof in a summary proceeding before any District Justice having jurisdiction thereof, be sentenced to pay a fine of not more than $600, plus costs of prosecution, and, in default of payment of such fine and costs, to be subject to imprisonment for a term not exceeding 30 days.
Posted by Joe Lintner at 11:58 AM

I bet they wont fine anyone for snow.

codes is off till tuesday

...thought they were always off. Bad response on my part but I also bet they won't fine anyone. Took walk this morning and 1101 Central is still snow covered....probably more around town.

So then by your logic it is Codes responsibility to police and make everyone a good citizen. You must be one of those parents whose kids run around until all hours, don't do their homework, and then blame the teacher for your kid failing school.

Agreed, I did not walk today, but I could see from driving through that many walks have not been cleared. While it's nice to have 24 hours to clear snow, waiting that long does seem to create treacherous sidewalks. Where are all the cars supposed to go that are parked along snow emergency routes?

My kids are older but I believe it is the teachers responsibility to prepare the grades for their report cards and keep order in school. If the teachers didn't provide the grades how would I know if they were doing their work ....and doing it correctly! My job is to support the teachers with their efforts and monitor my kids behavior [good or bad]. Who has the responsibility of enforcing the codes? Thought that is what a Code Enforcement Officer was for.....

Maybe they are elderly, and cant get out to shovel, send a boro highway employee up there with a little bit of salt and throw it on there sidewalk, or we can read on columbia spy when the neihborhood sidewalk police find unshoveled walks!!! An elderly person to be out in these cold temps or possibly somebody with health probs in general we dont know the reason, lend a helping hand????

Or maybe the property is owned by a bank or a landlord or maybe the residents are just plain lazy.

they ALWAYS fine people for unshoveled sidewalks!!!! and if they are off for the holidays...how can they enforce it? they will tomorrow though. for sure. i thought it was 8 hours to clear sidewalks. I noticed this is from 2003....is there a newer ordinance? Just asking.

Instead of attacking the messenger, perhaps​ direct it toward the body issuing the tickets: AKA Columbia Borough. If there is such a great concern for the elderly's ability to clear their walks, the borough can collect names and make a list and publish it on THEIR website, seeking volunteers. My father is 83 and he cleared his entire driveway. It's not always the elderly that aren't clearing walks. Sharon Lintner

It does appear the Borough put little to no thought in where residents wills park their cars during a storm emergency when they expanded the snow emergency routes. Lancaster City opens the parking garages to their residents during a snow emergency. We have no such option. If I lived on such a route, I would be appearing before the borough council and present the question to them.

Maybe the "sidewalk police" are simply trying to walk through town safely. Cannot be done on icey sidewalks. If there are regulations in place, they need to be enforced. If you don't want to fine the elderly, then put that in the regulation: "This does not apply to the elderly." Most of the elder population are responsible and would hire someone if they themselves were unable to complete the task.

Maybe we should Park our cars on LGH parking spots since they are the ones that wanted the snow emergency routes expanded to Chestnut Street. So the bus can get patients closer for drop off. Also the reason we have to deal with buses on Chestnut now.