Six of the planned eight flagpoles have been installed at the bridge plaza at the Veterans Memorial Bridge. 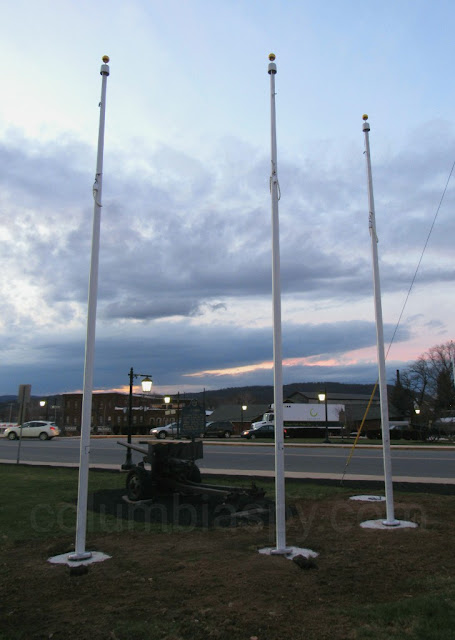 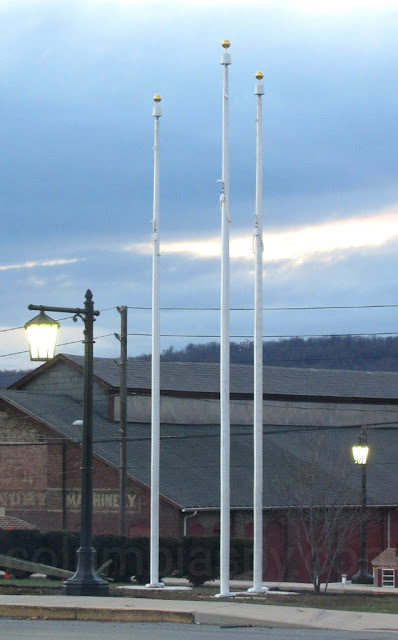 The project was originally conceived by Philip Glatfelter in 2016 and will eventually include flags to honor those who served in the military. (Glatfelter, a veteran, died in October 2016.) The project will also include a brick memorial to honor veterans.

The project will feature eight flags, including two American flags and five service flags: Army, Navy, Air Force, Marines, and Coast Guard; and a POW flag. There will be four flagpoles on each of the two islands adjacent to Route 462. All flags will be visible behind the two cannons at the site and will be uplit at night.


Brick sidewalks will be installed in front of the flag area with bricks containing veterans' names.
Posted by Joe Lintner at 9:56 AM

Outstanding! To honor the greatest generation!

That will really look nice

Uncle Phil has had such a positive influence on this great town of Columbia and his vision continues on even after his death.

i couldn't agree more!!!!! this is long overdue.