Columbia School Board Directors sworn in at Reorganization Meeting 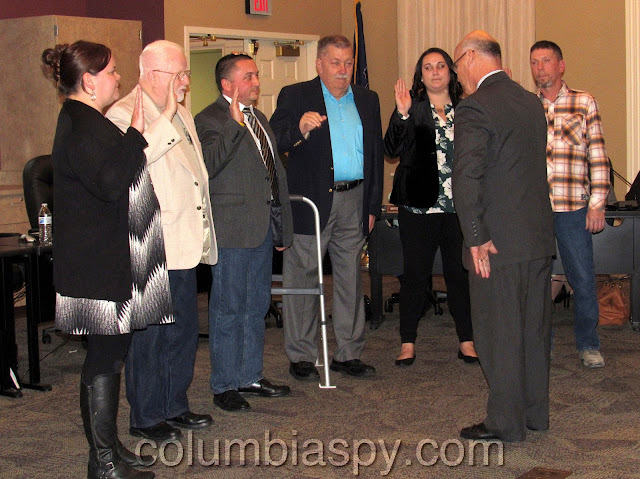 The Honorable Robert Herman administered the oath of office to Columbia Borough School Board directors at December's Reorganization Meeting. The six directors were elected in the November 7 election.

The board appointed Geesey at a special meeting on January 25 of this year to fill a vacancy created when Leo Lutz, Jr. resigned in December 2016. She was sworn in by District Judge Miles Bixler at the February 2 Committee of the Whole meeting.

Fred Thomas, a pastor at the Columbia Church of God, was a write-in candidate.
Posted by Joe Lintner at 7:25 PM