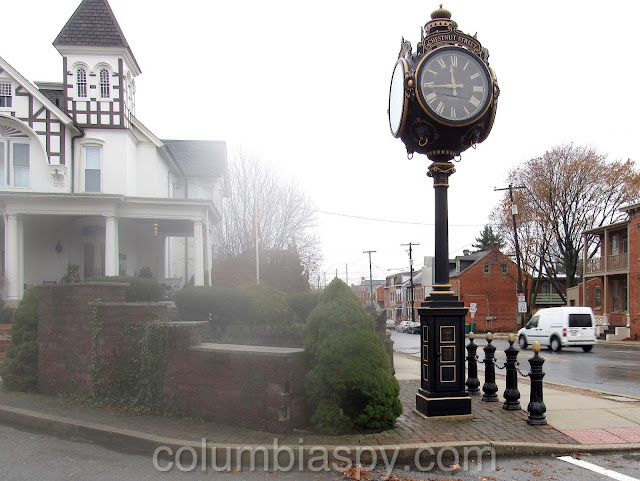 The clock plaza on Saturday morning. Dislodged bricks can be seen at the corner of the wall.

The clock plaza at 5th & Chestnut recently sustained damage from two separate incidents on two consecutive days. A hit-and-run occurred Saturday evening shortly after 7 o'clock in which a cast iron casing was broken completely off one of a row of bollards. Neighbors reported hearing a loud bang and found pieces of the casing a few minutes later but no vehicle at the scene. Police responded promptly and investigated. 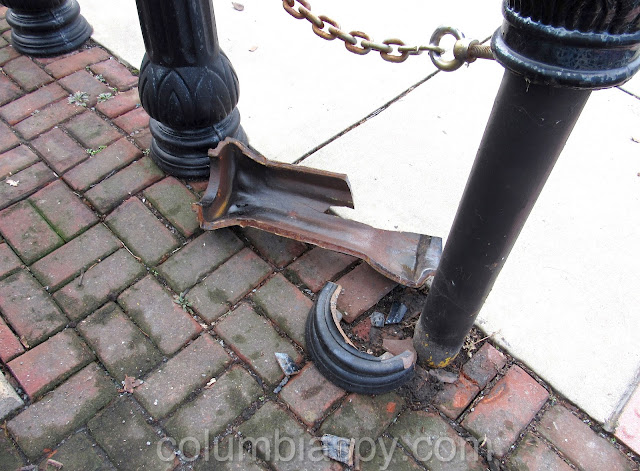 The end bollard in a row of bollards, with broken casing. 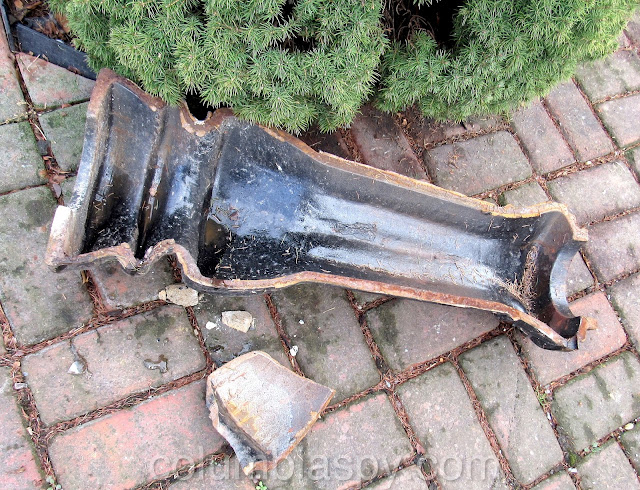 A piece of the cast iron casing 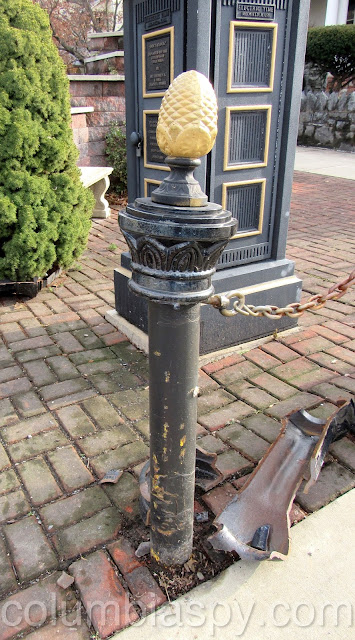 The "pine cone" and mount at the top of the bollard are now unstable. 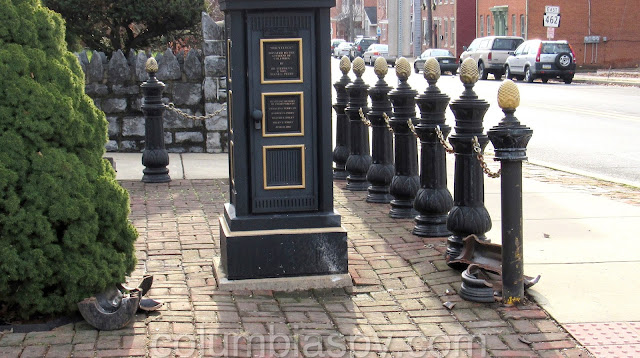 Another view, showing the damaged bollard on the end of the row.


In a previous incident, a vehicle hit the plaza wall, dislodging several bricks (shown below) shortly after 6 o'clock Friday morning. A witness reported seeing a vehicle pulled over on Chestnut Street by a Columbia police officer. The vehicle was facing the wrong way on the 500 block of Chestnut, which is one-way. 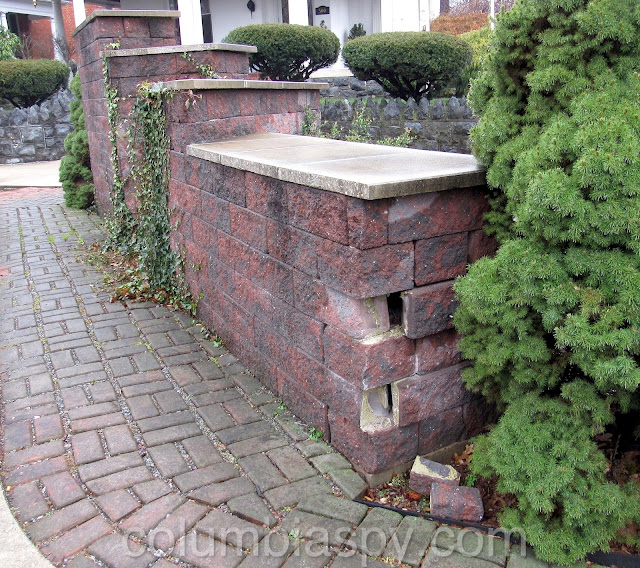 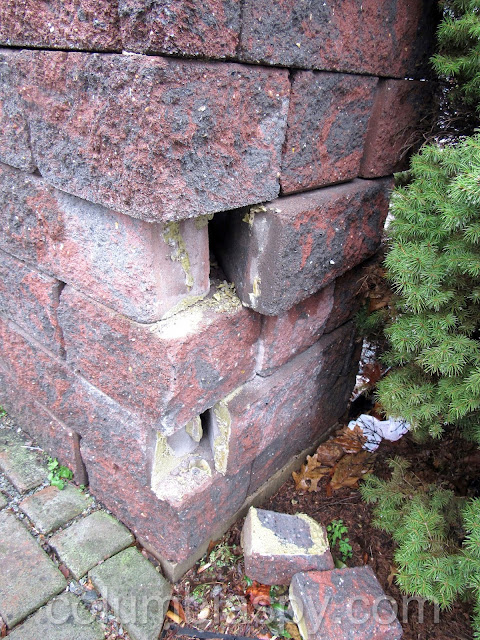 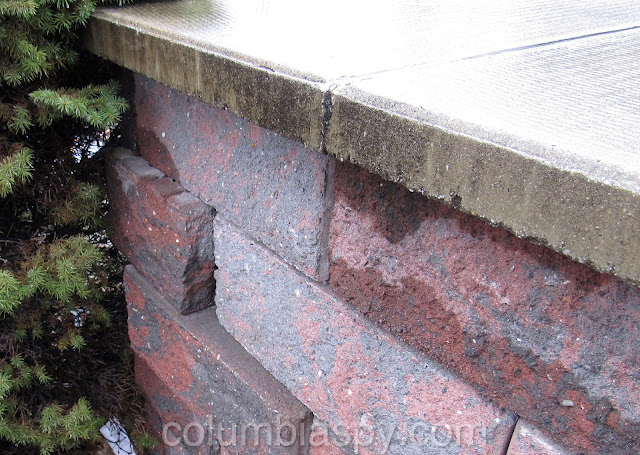 Bricks were also knocked out of line on the other side of the wall.