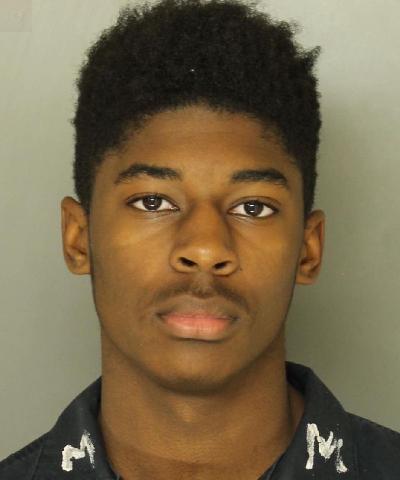 UPDATE FROM NOVEMBER 6, 2017 ROBBERY IN WHICH A GUN WAS USED

On November 15, 2017 the Lancaster County District Attorney's Office certified and approved adult criminal charges on 15 year old Trenton A. Ulmer and 15 year old Savion Allen for Robbery and Criminal Conspiracy to Robbery.  Both are residents of Columbia Borough.  The incident was reported on November 6, 2017 at approximately 8:41 pm in which Ulmer and Allen followed a adult and juvenile victim from the Turkey Hill located in the 300 Blk of Chestnut Street to the 500 Blk of Ave G and "pointed a gun" at a adult and juvenile victim.  The juvenile victim was struck in the head and face.  Items and cash were taken from the victims. Initially Ulmer and Allen were charged as juveniles and taken to the Lancaster County Youth Intervention Center.  Juvenile charges were withdrawn on November 16, 2017 and refiled as adult criminal charges.  The two were transferred to the Lancaster County Prison and arraigned by MDJ Sponaugle for Robbery and Conspiracy to Robbery, both felony counts.  They were committed to the Lancaster County Prison in lieu of $250,000.00 bail.  All actors are presumed innocent until proven guilty in a court of law.
Case Number:
6845-11-06-17
Arrest Date:
Wednesday, November 15, 2017

Hey Leo, there was apparently a GUN involved!

Well let's just sweep this under the carpet because revitalization and attracting developers is more important than you (as a resident) and your right to know just how dangerous this borough really is.

Someone should have pulled a gun and shot these two thugs between the eyes to teach these young thugs a lesson in Criminal Posession of a gun.

is that a fork tounge

Mayor Lutz wants to improve the image of Columbia so bad that he is lying to the residents at a public meeting.

Cole- This is Savion not Trenton.

So.. Was there a gun or not? Because if not charging them as adults is ridiculous. Yes, They deserve punished no doubt about it but if there was no gun. Why as adults.. Fishy Fishy Boro..

Thanks for the info. Correction made on the title.

The mayor said there was no gun, but other reports say there was.