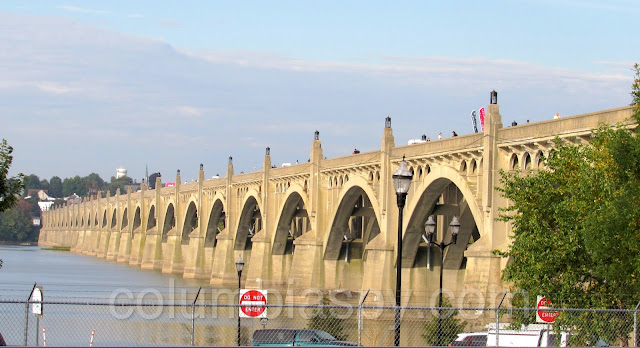 Mayor Lutz said the $55 million Veterans Memorial Bridge restoration/rehabilitation project is on track for 2019. Designated bicycle lanes will be added to both sides due to an increase in bike traffic from riders using the bridge to "join" the Northwest Lancaster County River Trail with the Mason Dixon Trail. 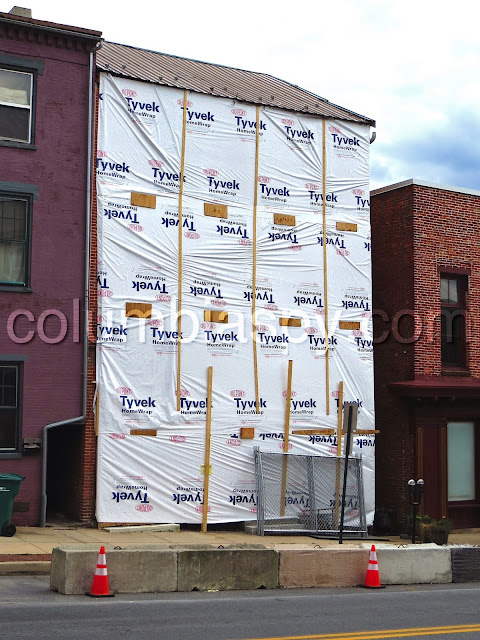 Council voted 6-1 to provide funding in the amount of $70,000 to the Land Bank to assist "Brookline Builders" with necessary improvements that will make 208-210 Locust Street usable as a commercial space.  Brookline's sister company, a limestone/masonry enterprise, is planning a showroom at this property. (Columbia Spy has reported extensively on this property. Search "208-210" on this site.)

A resident questioning the "Street-Scape" program asked why simple fixes like the torn awning at Hotel Locust have been let go for so long.  Councilor Marilyn Kress Hartman said the awning will be repaired in about a week. 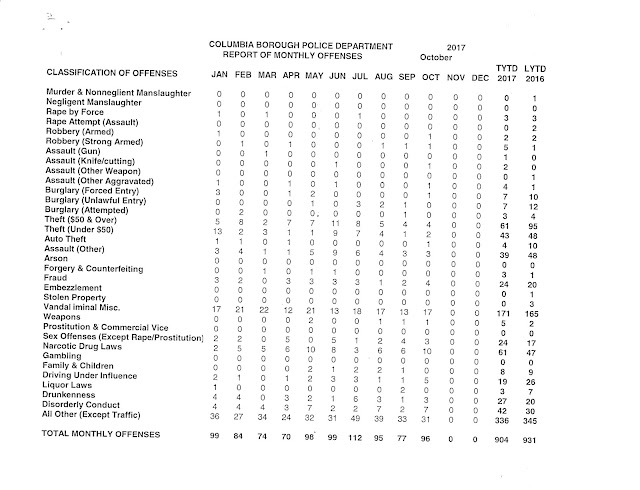 Resident Rick Fisher informed council of several criminal incidents that were reported to him, some of which were not reported to the police.  Fisher and Mayor Lutz encouraged residents to call police if they have information about any criminal incident. Fisher is the organizer of the Columbia PA Crime Watch group. 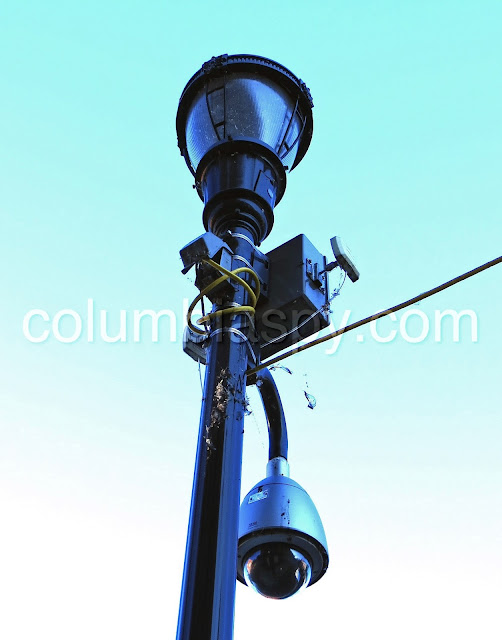 Fisher asked if he could get a list of camera locations in the borough, and the mayor replied, "No."  Later in the meeting, the mayor said the borough has "exactly 50 cameras" but "there is no list." According to him, if the borough had a list of cameras, it would be considered public property and would have to be made available through "Right-to-Know."  He said the borough does not have to create a list just to satisfy such a request.  He also said no list exists because of covert cameras being used in investigations.

There was some confusion about how many cameras are located in Columbia River Park.  Columbia Spy has counted five, excluding any possible "covert" cameras. The Columbia Water Company, adjacent to the park, has additional cameras on its building's exterior. 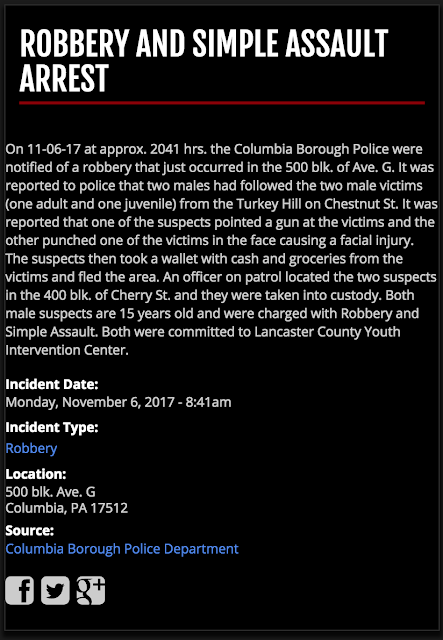 Despite a police "Crime Watch" report stating that the victims of a recent robbery/assault claim a gun was used against them, the mayor stated that a gun was not used. 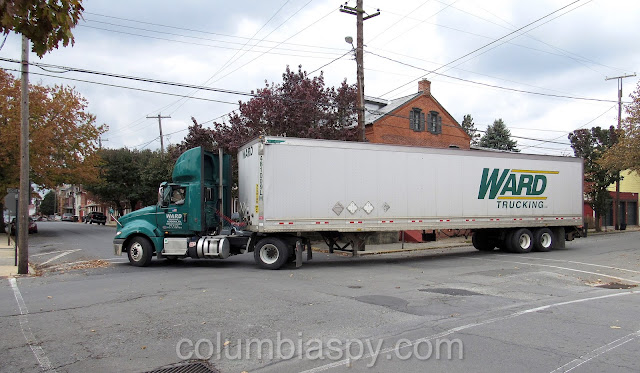 A Manor Street resident complained about tractor-trailers causing wear and tear on borough streets. He said he saw such a truck on Central Avenue, where it had no reason being.  He also reported seeing large trucks  still traveling through the heart of town at Third and Locust.  He questioned council as to why these truck drivers are not being cited by the police.  Borough officials said certain streets are controlled by the state, and the borough therefore cannot erect signage. According to officials, there have been ongoing talks with PennDot, but so far to no avail.

MORE TO FOLLOW
Posted by Joe Lintner at 8:46 PM

The police have better things to do than go after commercial vehicles that bring you food plus more to your house for residential delivery. We need to worry about the gangs and the shootings in Columbia Pennsylvania and the crime that's going on plus the high taxes.

WRONG!!!! To say that it is ok now for trucks to be in town is to negate all the years of hard work and money that went into the bypass project.

One cannot even stand on the sidewalk and converse with another person when these trucks are passing. This is never going to be good for any "Main Street" project. This is not pedestrian friendly.

The police should also be cracking down on noise from cars that routinely drive the streets with extremely loud "music" and mufflers that are non-compliant with PA state inspections. We have had to stop conversations numerous times and wait until the "show is over." The windows in our house actually vibrate. It would seem that over time this could result in damage to homes.

All of these issues impact the quality of life in this borough.

Regarding cameras in town. Can anyone else say petition? We do have a right to know we these are at. Lancaster city and other surrounding areas have a map and location list of where theirs are. Why keep it a secret if there is nothing to hide. If someone wants to commit a crime all they have to do is take a walk around and see where they are at anyway. So lets make them make a list.

simple. drivers and co's DON"T update their GPS often enough. ALso, i'm dumbfounded that with all the wasteful spending that a HUGE neon. well lit sign wasn't put at the truck route. Unbelieveable.

Nice to see some new blood in town - Brookline Builder is a high end custom home builder and I'm sure that Jon Ownens can make something happen at 210 Locust Street if he puts his mind to it. I just hope that the neighbors get behind him and make sure it's in the best interest of the down town. Good to see Columbia helping an outsider for once ! Let's be sure to adopt this guy and keep him on board !!

55 Million on that Bridge !! They should buy a Tollbooth and charge to cross it !!

Hotel Locust now owner by CEDC knew what the costs would be to fix property. they are no better than biglers who let the property go and do NOTHING to fix it. there was money people interested in this property. you should have made that happen.
tractor trailers DO make deliveries on some of the borough streets. shame on leo for not putting up a monstrous neon lit sign that NO ONE could NOT SEE showing them the truck route.