Over 200 participate in Semper Fi 5K Run on Saturday 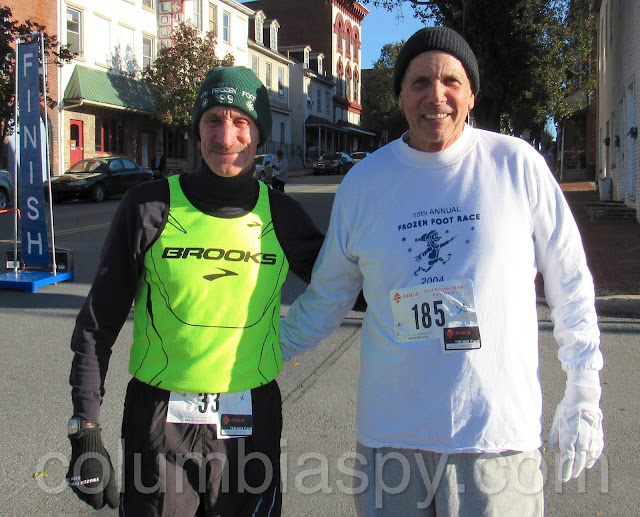 Columbia's Charles Leader and Don Groom were among the many participants in Saturday's race.

Over 200 runners and walkers participated in Saturday’s Semper Fi 5K Run in Columbia to commemorate Veterans Day. As of Saturday morning, there were 176 pre-registrants and about 45 walk-ins, according to race organizer Steve Bowers. All money raised will stay in Lancaster County to help local vets. Along with fellow Marine vet Richard Brinkman, Bowers organized the event through the Marine Corps League of Lancaster County Detachment #294, whose headquarters is at 2340 Ironville Pike, Columbia. Bowers also hand-painted all the race’s directional signs that lined borough streets.

According to the website semperfi5k.rocks, “The 5K course is very fast, downhill and created by experienced runners.” The course’s starting point was Columbia High School, and the finish line was the bottom of Locust Street. After completing the course, participants attended an awards ceremony at Columbia Crossing, 41 Walnut Street.

Bowers told Columbia Spy that he plans to hold next year’s race in Columbia due to the borough’s encouragement and cooperation, and because runners liked the downhill course.

(Columbia Spy posted a video of the awards ceremony on its Facebook page: https://www.facebook.com/columbiapa17512/ ) 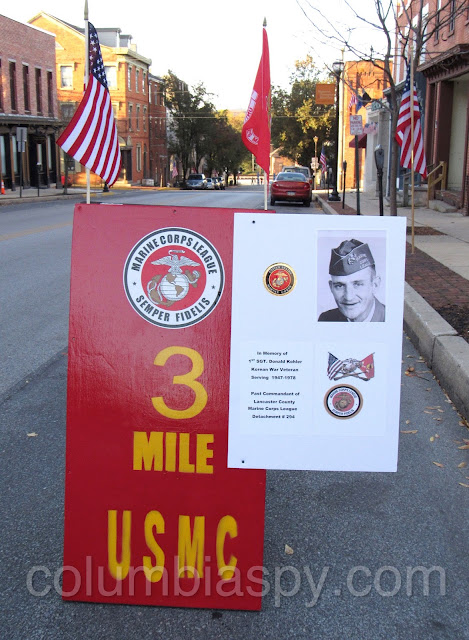 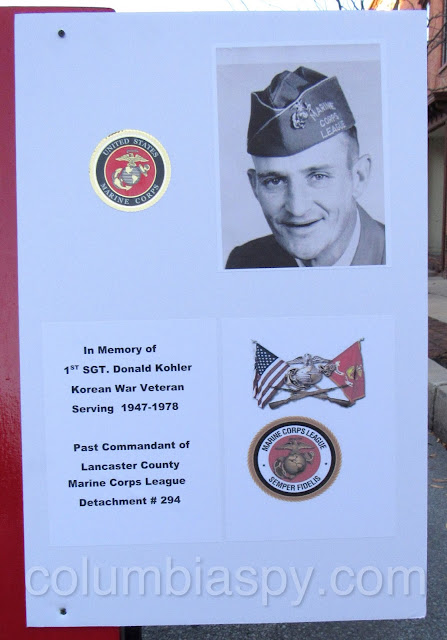 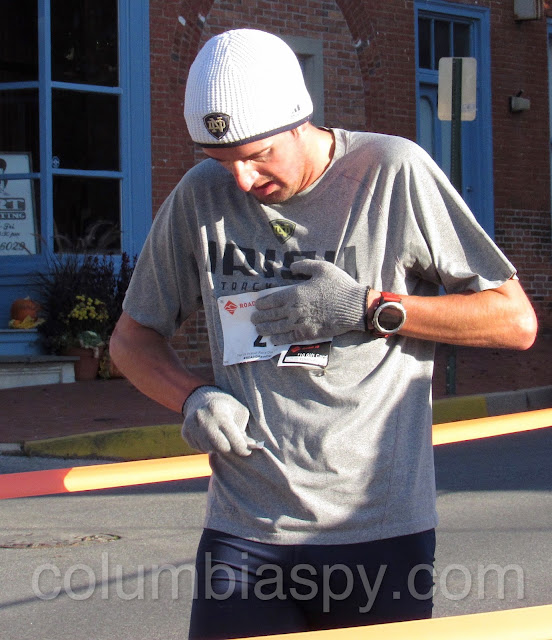 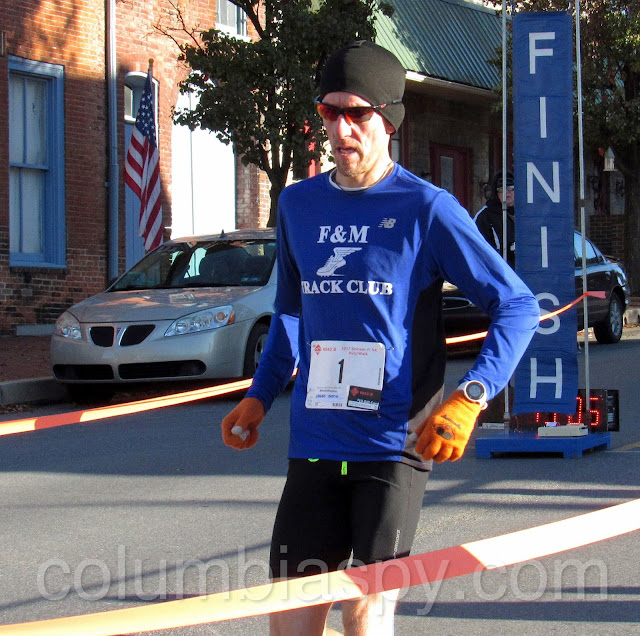 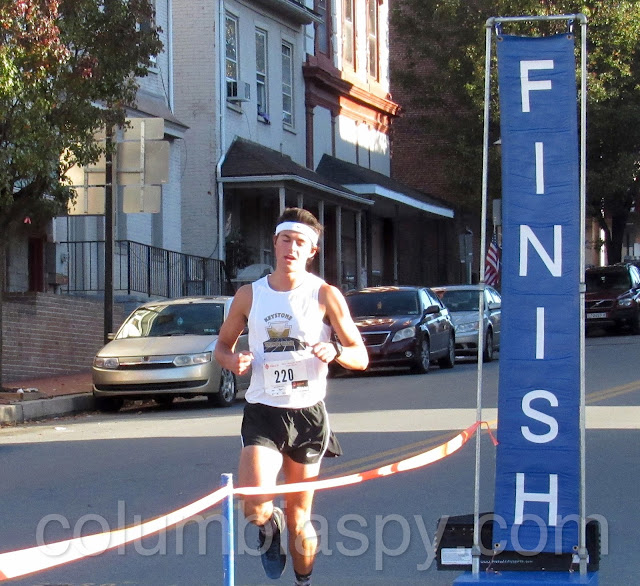 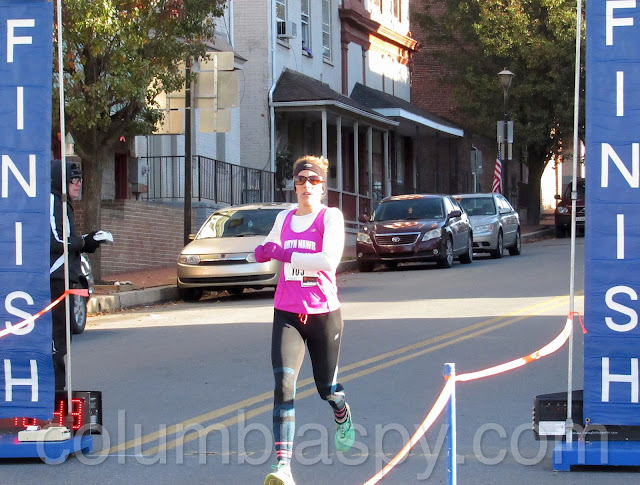 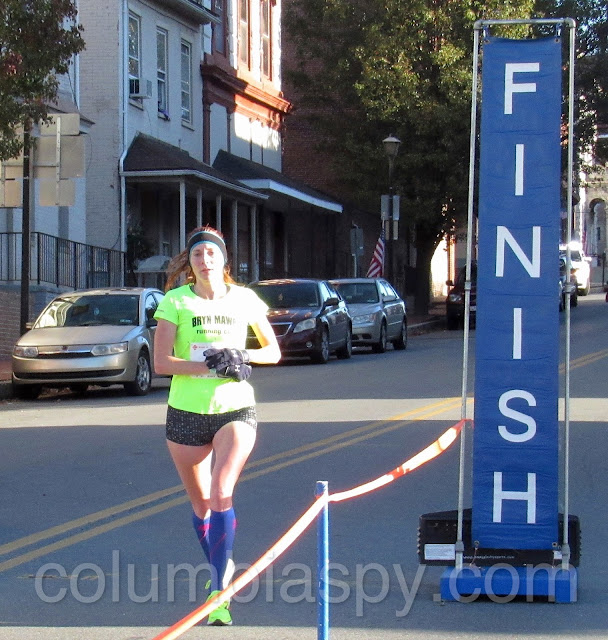 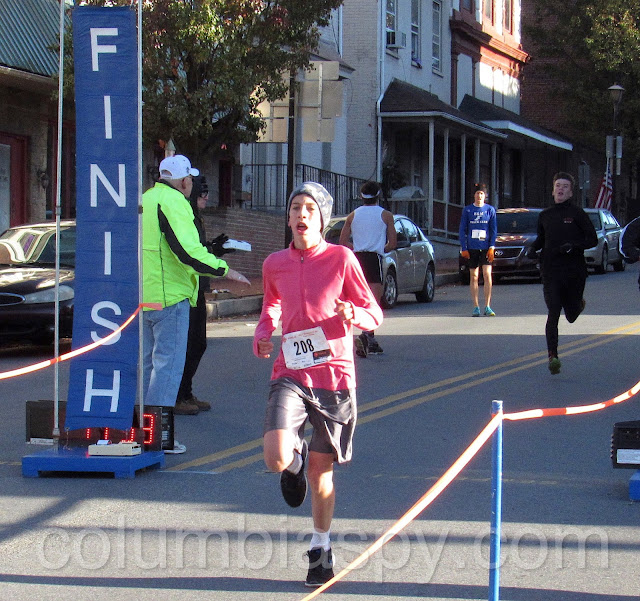 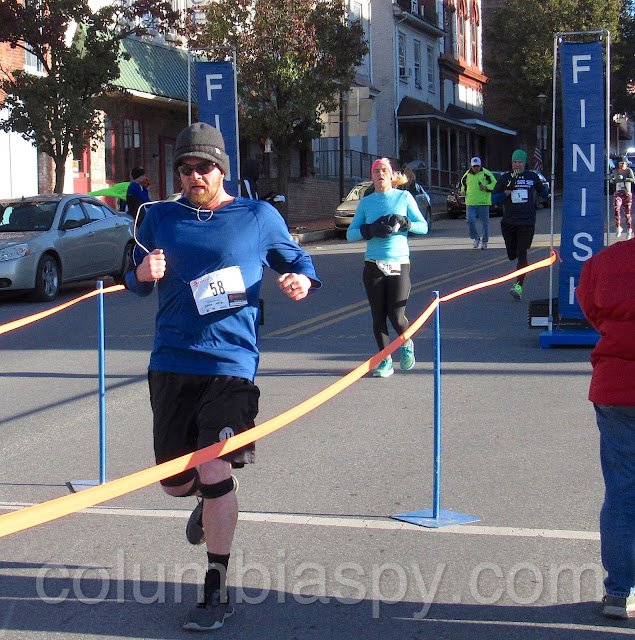 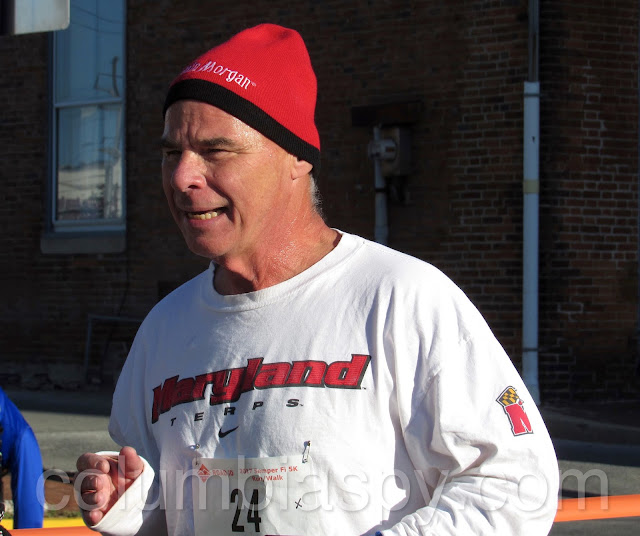 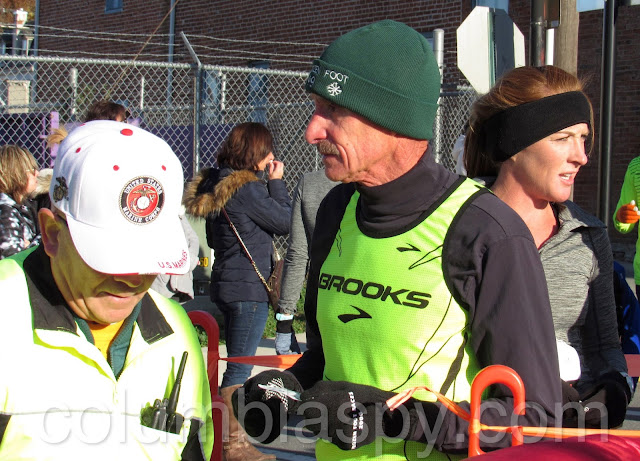 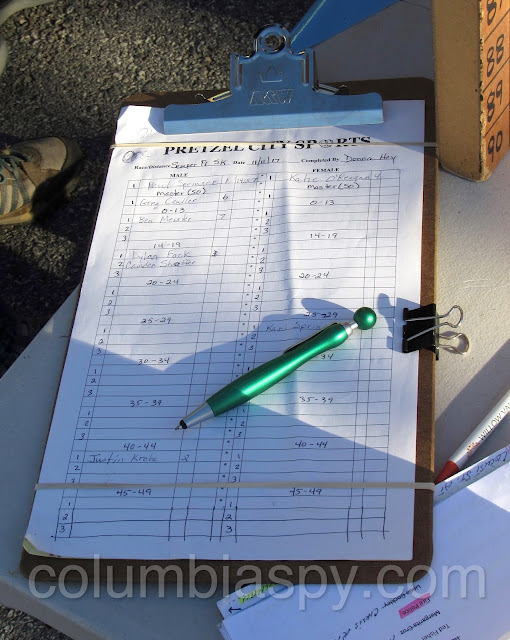 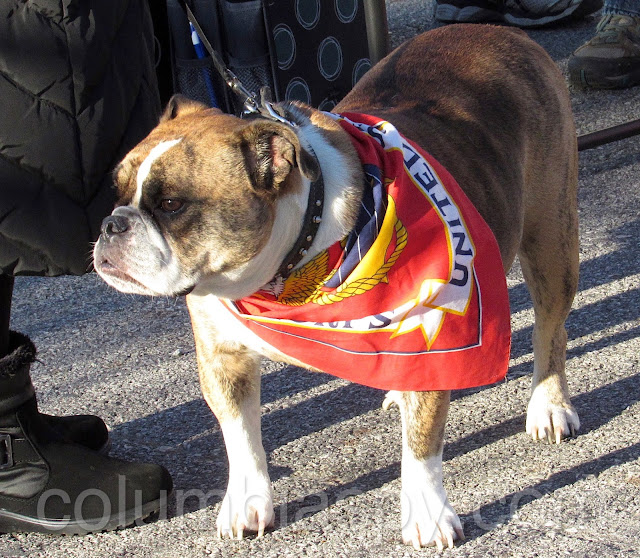 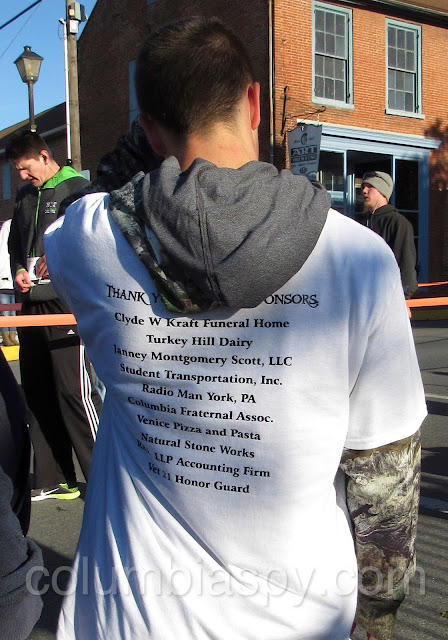 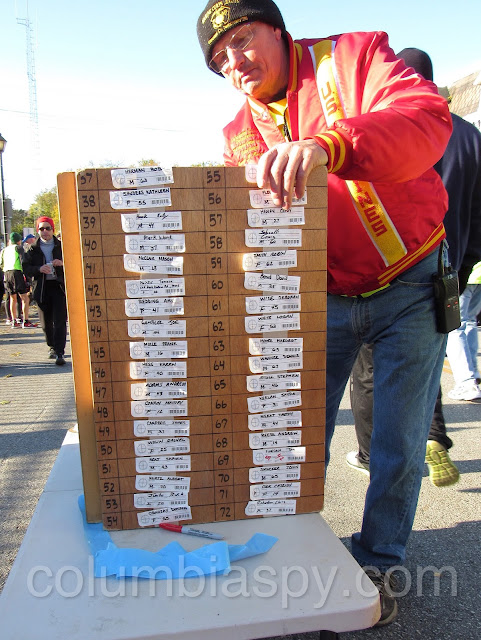 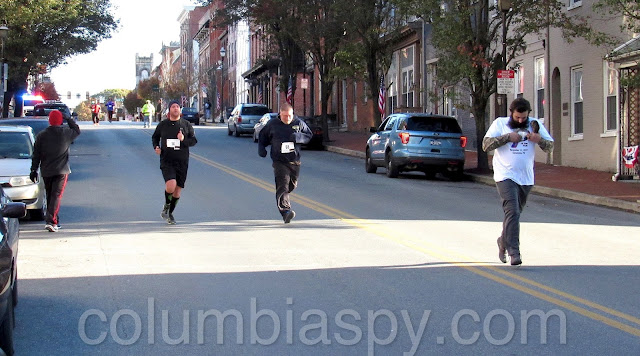 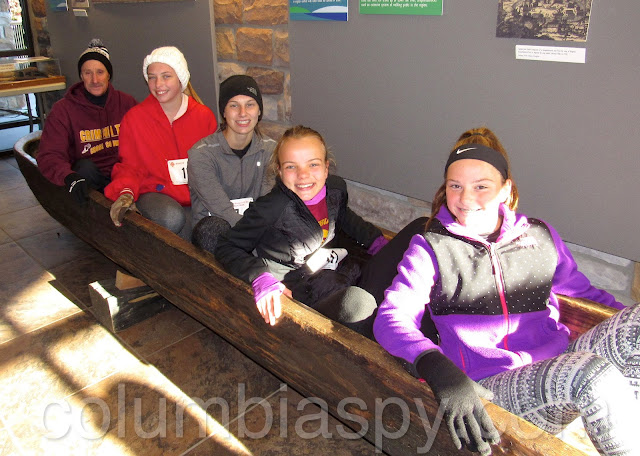 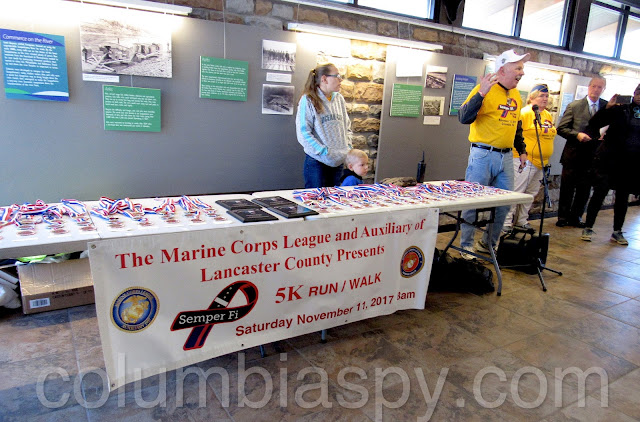 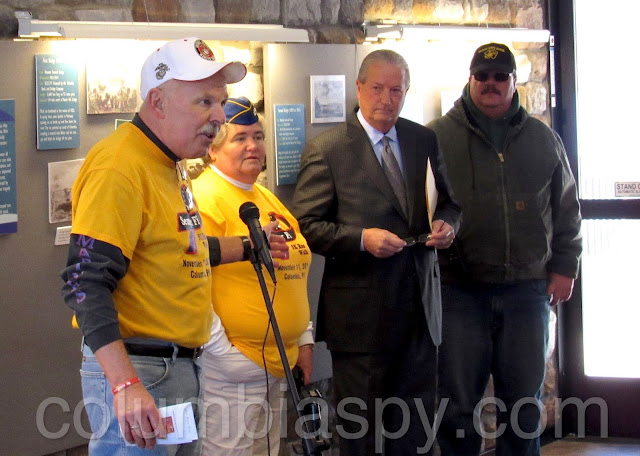 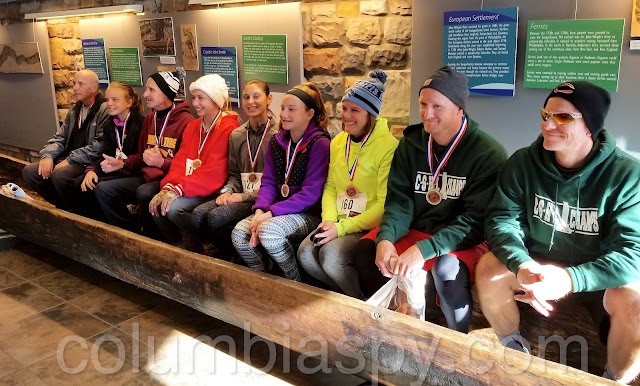