Junk artist creates sculptures down by the railroad tracks 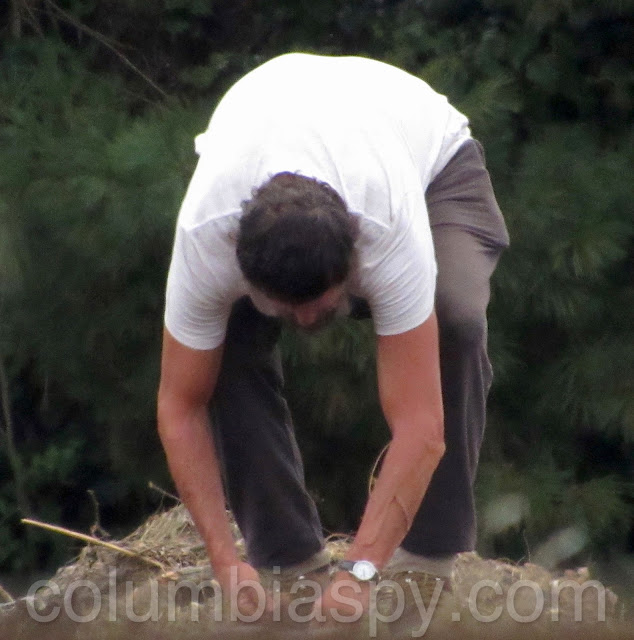 The man shown here appears to be the creator behind several examples of what could be called "trash art" or "junk art" that appeared recently down by the railroad tracks along Bank Avenue.  The two dozen or so sculptures consist of found objects such as shards of glass, pieces of railroad ties, and various metal objects. This type of outsider art could be considered a creative means of recycling. Over the past few days, the sculptures have been disappearing - currently down to about half the original number. 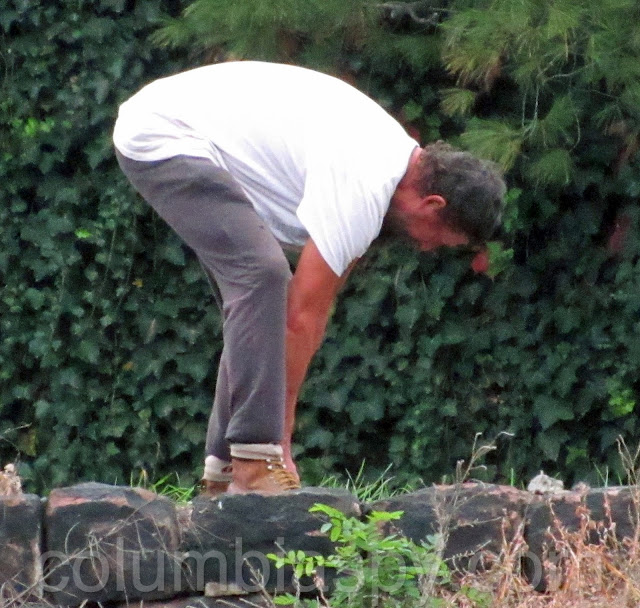 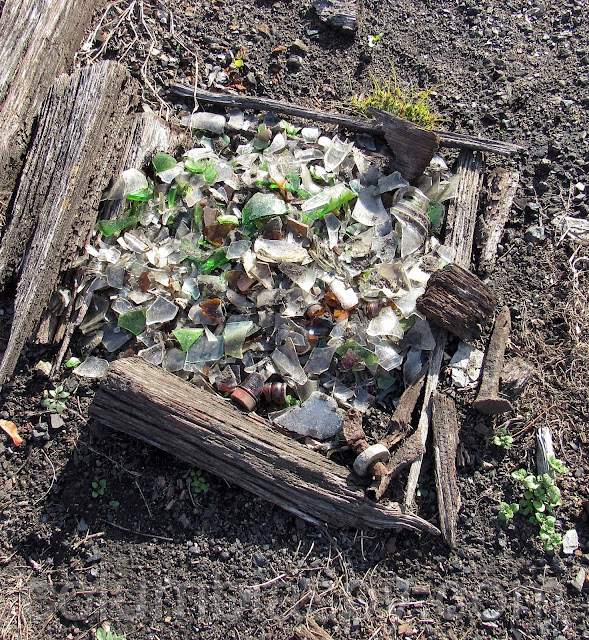 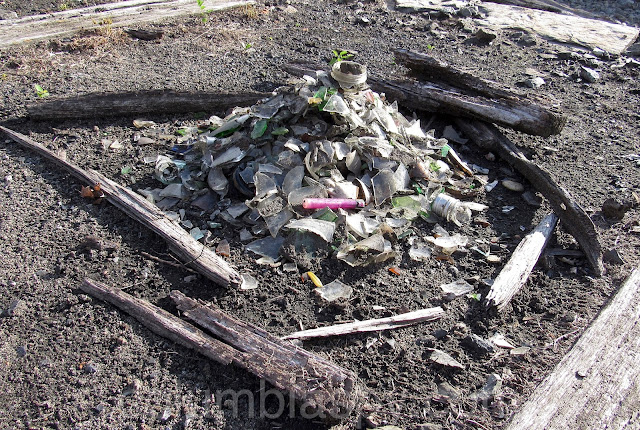 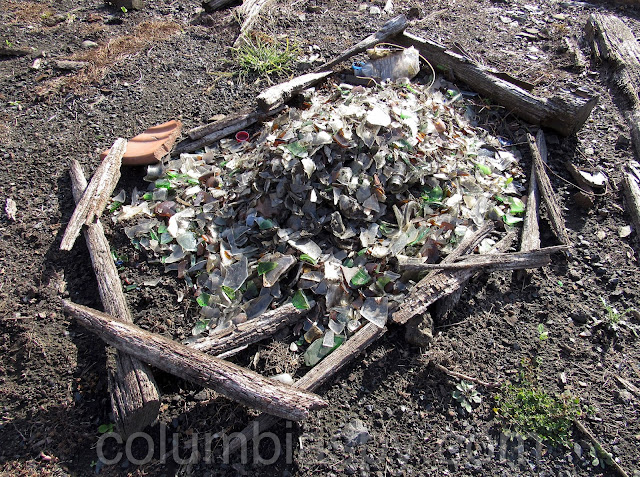 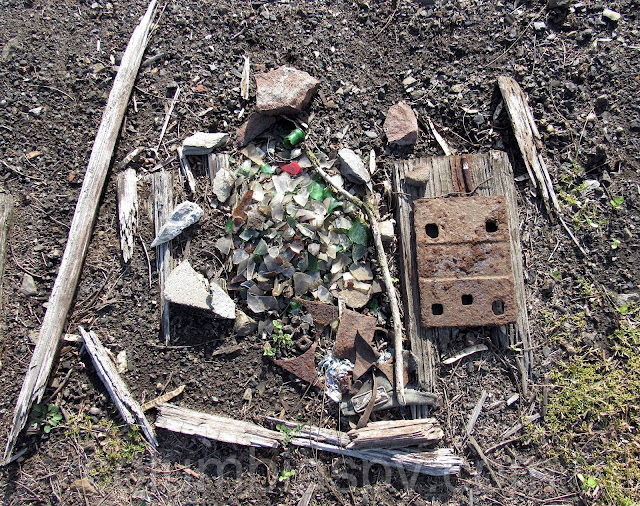 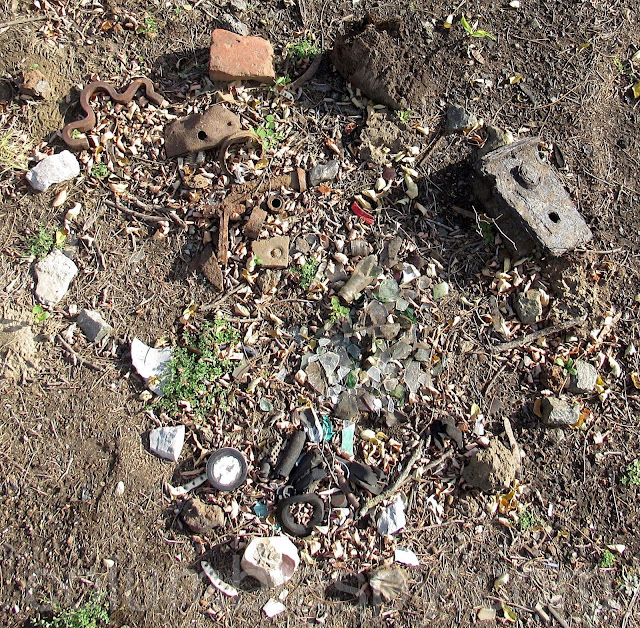