Borough officials claim that the borough has outgrown its current headquarters at 308 Locust Street and operations are being hampered due to lack of space.  Two other locations are currently being considered that will allow for expansion: 200 North 5th Street and 430 Walnut Street. 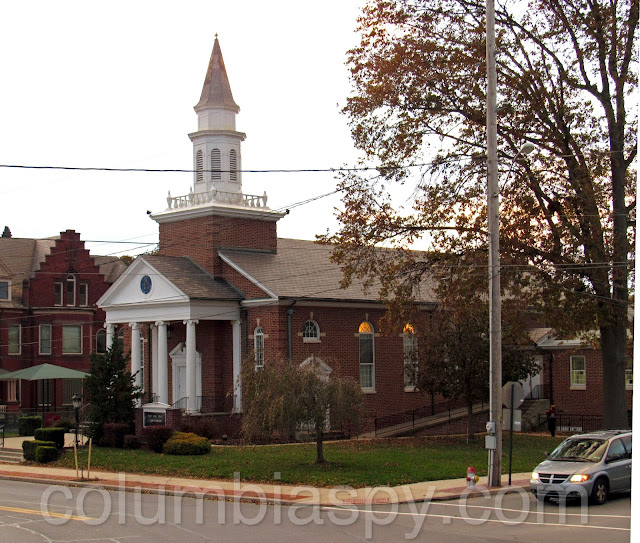 Columbia Borough Council recently voted to commission a $12,900 feasibility study to determine the specifics of relocating the borough offices and police station. RLPS Architects, a Lancaster firm, has been tapped to undertake the study. In a proposal letter to the borough dated October 16, 2017, the company states that it will provide "professional services as indicated for a lump sum fee of $12,900 plus reimbursable expenses." The letter also states that RLPS has obtained floor plans of 200 North 5th Street and is working to obtain those of 430 Walnut. If those are not available, the firm says it will digitally scan the property for an additional $2,000 in order to prepare floor plans. Hazardous materials analysis, abatement and costing is not included. 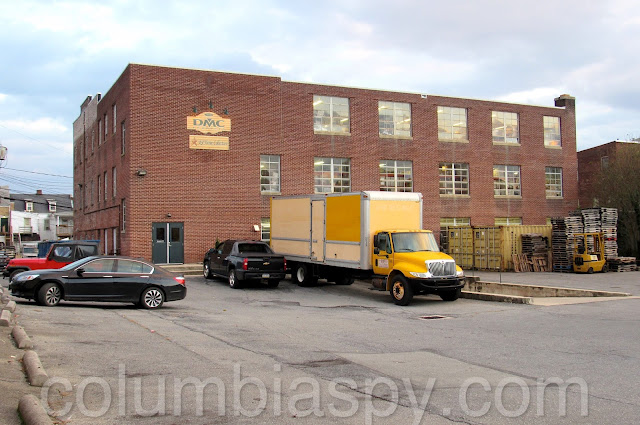 The borough has considered the possibility of a move for several months. A public meeting was held June 14, 2017 at Borough Hall to discuss the feasibility of consolidating the borough offices, police department and school district offices in one building - the District Administration Center - as a Columbia Borough Government Center.  The DAC now houses only school district employees and operations.

At the meeting, Mayor Leo Lutz said there is not enough room for borough operations at the municipal building. "We're constantly juggling things around," he said. Lutz said the records room was outgrown 16 years ago and now contains two offices out of necessity.

Moving to the former Columbia No. 1 Fire Company building on Front Street was discussed but ultimately frowned upon due to the nearby rail lines with trains that could hinder police response time. A resident expressed disapproval about the possibility of having holding cells in the DAC. Lutz said the police department does not need to be in the same building as the borough offices.

Lutz also said another advantage to consolidating is financial. "What can we do to help the taxpayer?" he asked. He said the project won't move forward without a funding scheme.

Don  Murphy said he is open to a move to his Walnut Street building. "I welcome the opportunity to work with the borough on the possibility of relocating to my location as I feel it would better suit their long-term needs for police, codes, and municipal government," he said in a statement provided to Columbia Spy today.

[Information from a June 19, 2017 Columbia Spy post was incorporated into this article.]
Posted by Joe Lintner at 6:59 PM

I'm just amazed at how it continues. They get their friends to be on council and pay other friends by funneling work to their business.

Please explain how you surmised this, based on the news article? Borough Council and the Mayor are just seeking a larger building to house the borough offices. It’s needed. Since you made an accusation, you need to verify this with proof and facts.

Seems like a waste of almost $13,000 to me. Why can there not be public meetings and such to decide if it is feasible! What is the purpose of council if they can not meet and investigate and look into options themselves? There could more productive ways to spend $13,000 in this town!!

The writing is on the wall

The writing is on the wall? If so, for whom?

Just wait for the tax sales on Murphy's properties

THIS QUESTION SHOULD HAVE BEEN ON THE BALLOT. NO NO NO TO THE SCHOOL DISTRICT. THE BORO ALREADY OWNS COLA NO 1 FIRE HALL, YOU CAN EASILY PUT A ROAD IN OUT THE BACK TO BYPASS THE TRAINS FOR THE POLICE. OUR SCHOOL DISTRICT SHOULD NOT EVEN BE AN OPTION. SHUT THE SCHOOLS DOWN. CONSOLIDATE. THEY ARE BEYOND ANY HELP. TOOLATE. CLOSE THE DOOR AND LOCK IT. NO WAY.

Do your homework on RLPS.

You just can’t “easily put a road outback”. It would be far more expensive for the borough offices to locate at that fire company building. Where would you put the road? If you put it out back, you’d have to eminent domain the properties in the rear of the fire company building. You then would have to buy all the real estate at market value. Then you would have to demolish all the housing. This is in addition to just paving a road. Also, people would lose their homes and there are other huge legal issues that would take years to resolve. Who’s going to pay for it? It will take millions upon millions of dollars. It’s just better to relocate the offices to another building.

Out the back? The track that crosses 441 runs behind the fire station. You can't bypass it.

I was thinking the exact same thing. This should have been on the ballot for residents to decide if they wish to pay for a relocation of borough offices.
As taxpayers, we need to have a greater say in spending.

Put it on the ballot, that should have been on ballot, etc. That's not the way it works. We live in a republic with a representative government. Learned that in 9th grade. Noting would get done if every decision had to be voted upon by the constituents. We elect people to serve as our representatives to make decisions for all. You may not like the representatives or agree with them but that is the way it works. Following your logic we would have to wait for an election to spend money to repave a road, buy a new dump truck, paint the municipal building.

that's the problem. you elect people who SAY one thing but do another! every single council person likes to SPEND SPEND SPEND. for Gods sake, money does NOT grow on trees. these people LIVE in Columbia. They must have money to throw away because they certainly do not care to spend THOUSANDS ON $13,00 ON A STUPID STUDY. REALLY? open up a rescue mission for the homeless and for our Veterans who need help! wth??? and then to spend $70,000 to pay someone to do something with Biglers 208 210 Locust St property??? this borough can NOT survive this councils spending spree. and then hire a asst boro mgr at $95,000. you'll getting as bad as the school district who is BEYOND SAVING. I really don't know how you sleep at night. true Columbians....this is a call to attend Borough Council meetings. we have got to say NO. NO MORE SPENDING. remove rental properties. create aprograms for kids ...they have nothing to do, nowhere to go. encourage, give money to the Boy and Girl Scouts! create Junior Rangers to help in the Borough with trash pick up, raking leaves, etc.

I just hope they didn't miss it

Buy the two homes next to the Wrights Mansion!

how about hotel locoust the own that too

why did they remodel leo's office last summer and do all the other work to the building? its easy to spend other peoples money or tax payers money maybe they should think first