The 11-11-11 Club hosted its annual banquet and memorial service at the VFW Red Rose Memorial Post #2435 on Saturday, November 11, to commemorate Veterans Day.

Dozens attended to pay tribute and listen to remarks by guest speaker Lieutenant General Dennis L. Benchoff.  Ed Wickenheiser and Reverends Thomas Grubbs and Fred Thomas also spoke.  The Pledge of Allegiance Assembly was led by Robert A. Herman, Jr., and dinner was served by the Ladies Auxiliary of the VFW Post #2435.

Kevin Kraft opened the ceremony by ringing a bell at 11 a.m., accompanied by a rifle salute outside the building. 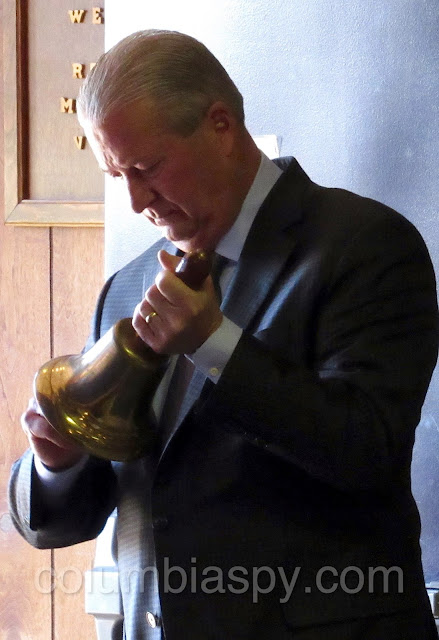 Kevin Kraft of the 11-11-11 Club rings a bell to mark the 11th hour in observance of Veterans Day. 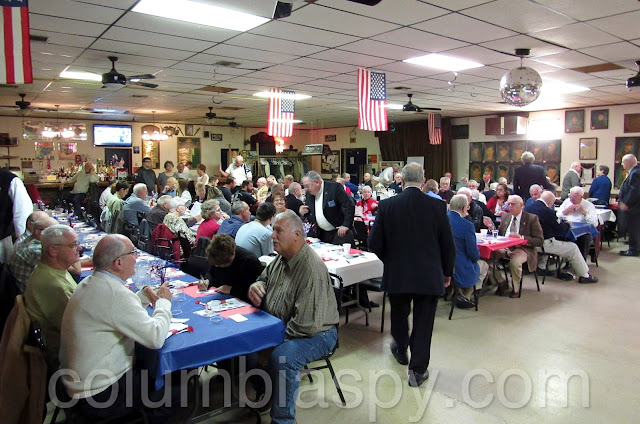 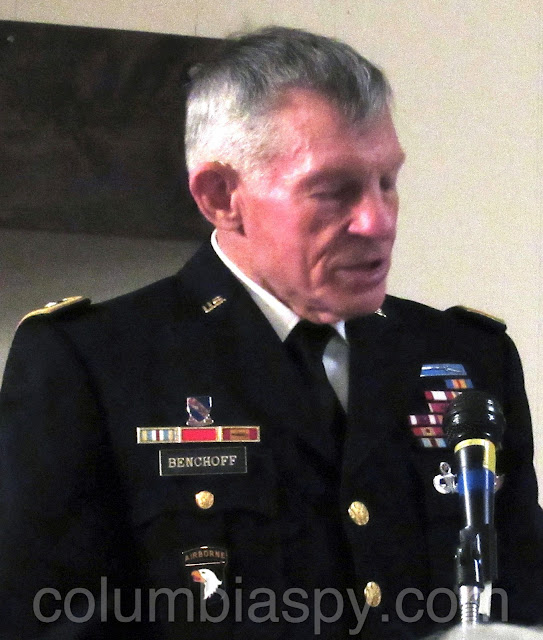