Who in Columbia lowered their flags this week?

At the request of President Donald Trump, flags were to be at half staff through sunset on Friday October 6th. The Presidential Proclamation issued Monday stated: “as a mark of respect for the victims of the senseless act of violence” in Las Vegas on Sunday night. President Trump ordered that the flag be flown at half-staff at the White House “and upon all public buildings and grounds, at all military posts and naval stations, and on all naval vessels of the Federal Government in the District of Columbia and throughout the United States and its Territories and possessions until sunset, October 6, 2017."

“I also direct that the flag shall be flown at half-staff for the same length of time at all United States embassies, legations, consular offices, and other facilities abroad, including all military facilities and naval vessels and stations.”

The presidential proclamation does not cover private businesses, but businesses often abide by it and also lower their flags to half-staff.

Looking at some of the flags around town Thursday afternoon, one can see who did or didn't abide by the proclamation: 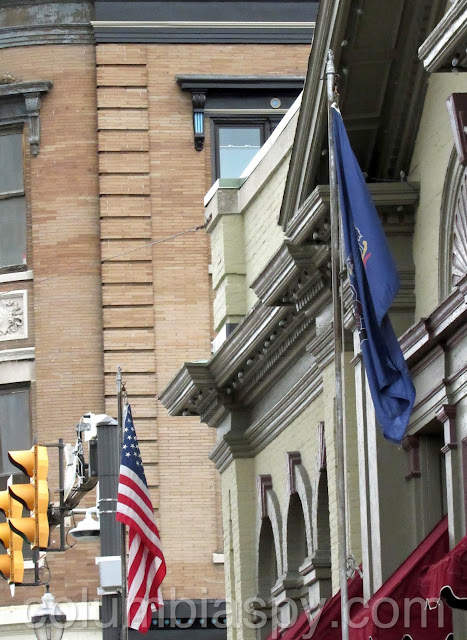 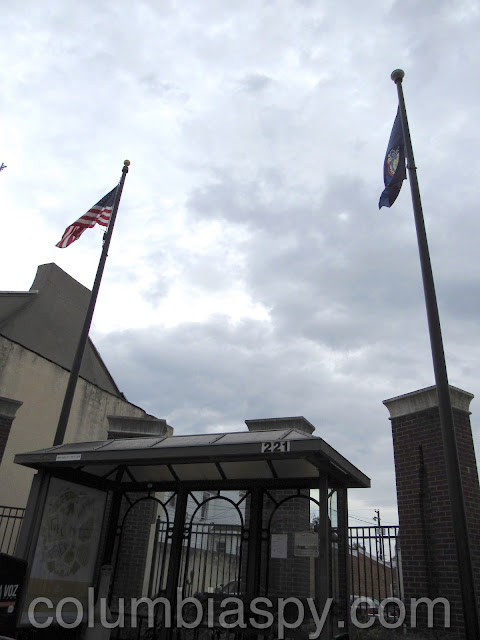 Bus stop on the 300 block of Locust 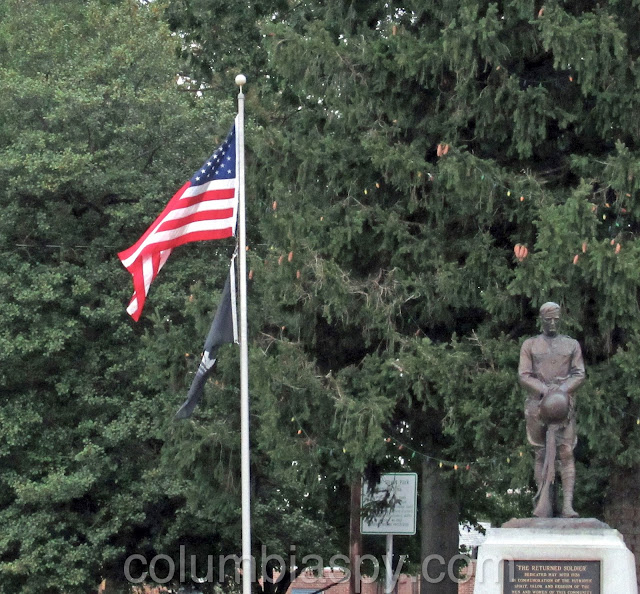 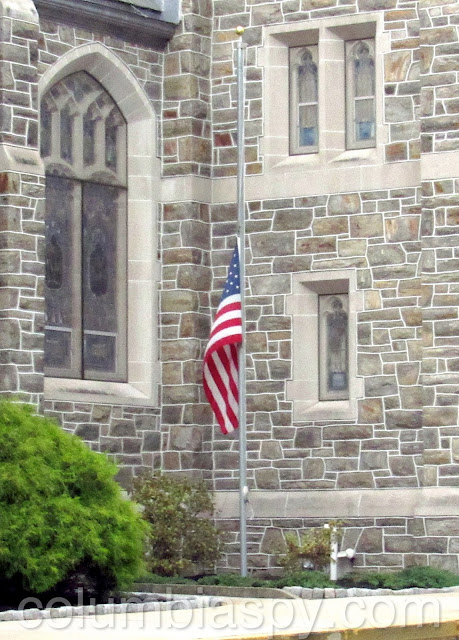 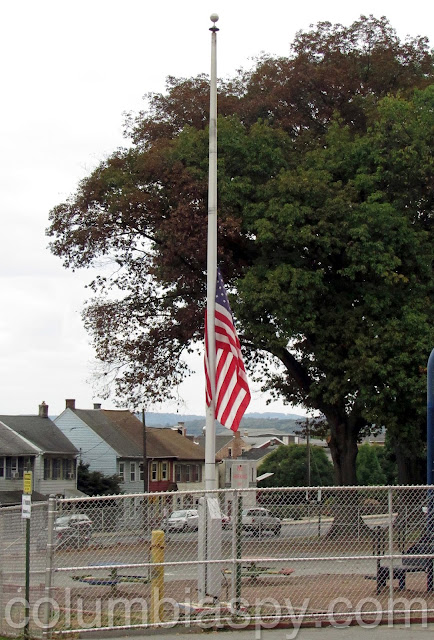 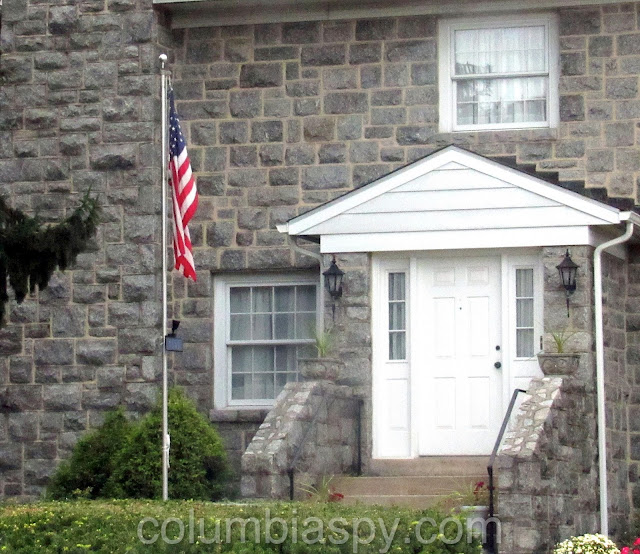 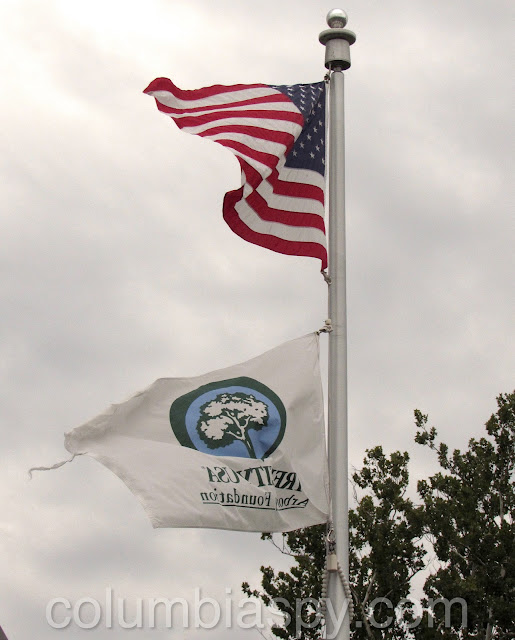 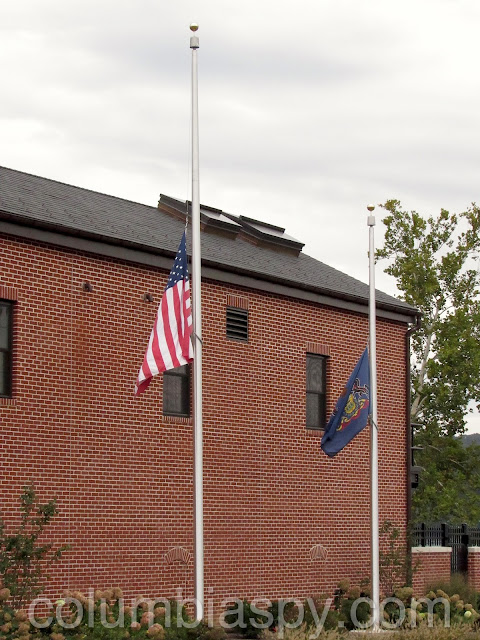 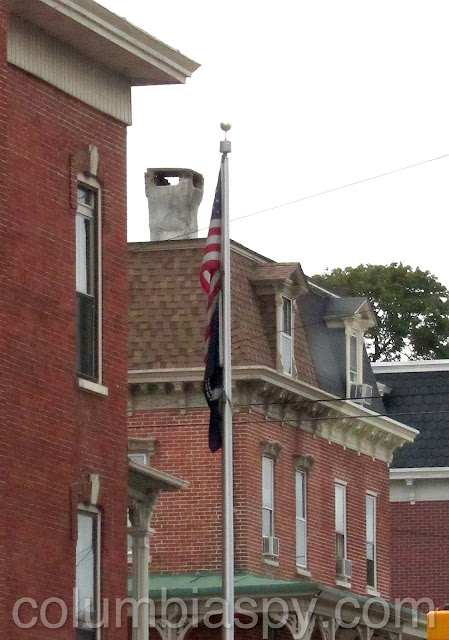 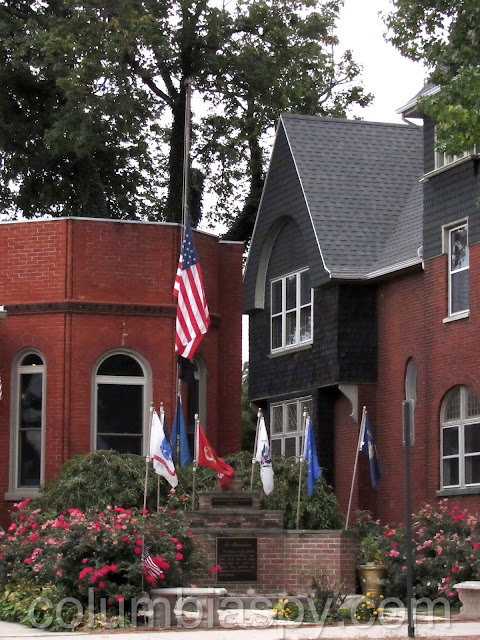 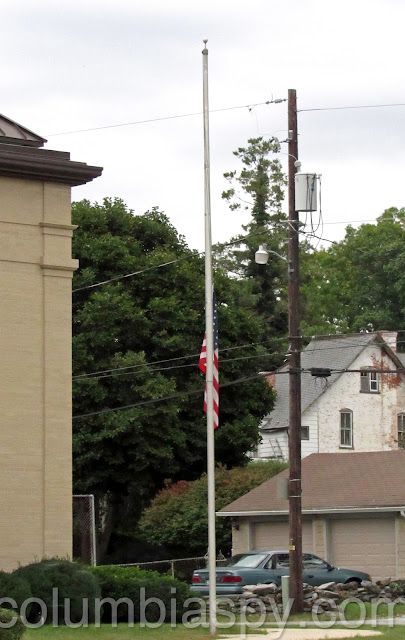 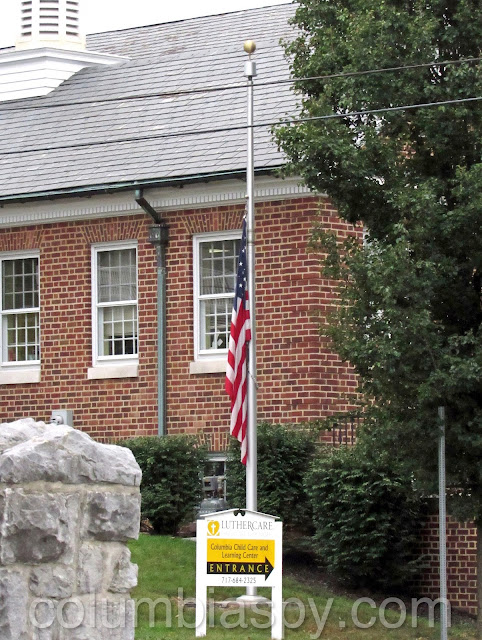 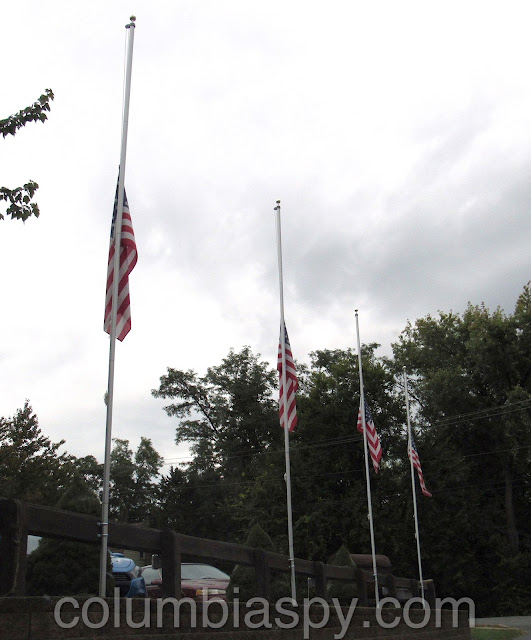 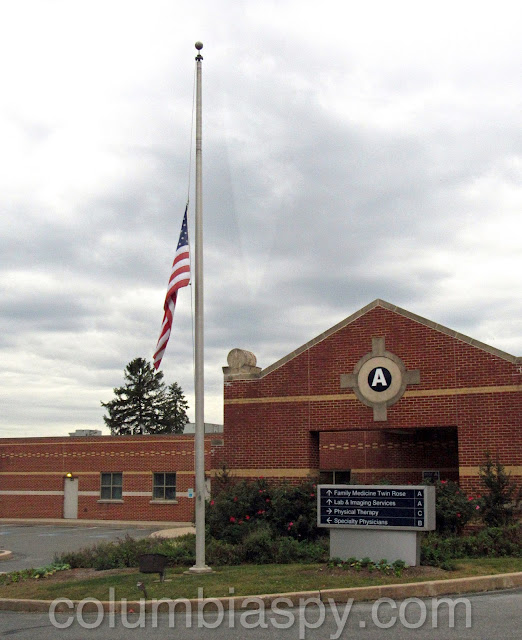 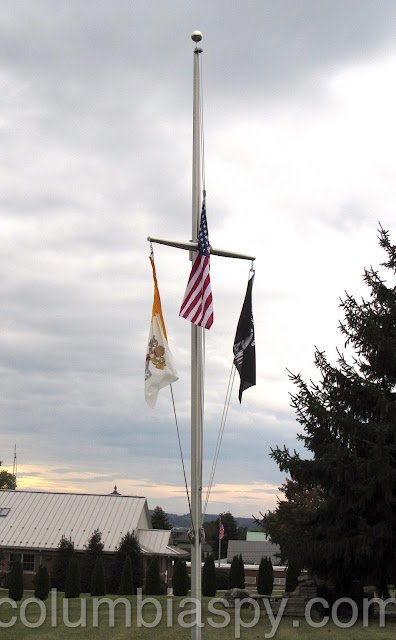 A heartfelt salute and thank you to those who honored the memory of the people slain in Las Vegas by lowering the American Flag to half staff.

I am shaking my head in incredulity for those government entities that did not join in the symbolism and reverence of a nation grieving. Not lowering the flag is more disdainful than the actions of NFL football players; at least those who take a knee are doing so in in protest of injustice.

What are the occupants of the buildings with flags at full staff protesting?

The U.S. Department of Veterans Affairs offers pretty simple guidance going forward:
"An easy way to remember when to fly the United States flag at half-staff is to consider when the whole nation is in mourning."

As someone who didn't lower their flag, I didn't hear about it. So maybe others didn't know.... just saying it can happen.

Alot of them were borough buildings and they should have known

Maybe the borough needs to hire someone to be in charge of lowering flags. Or should I say, hire someone else, someone already has that job!