The Columbia Borough School Board Committee of the Whole meeting agenda for this coming Thursday, November 2, includes a motion to approve the hiring of Tom Strickler as District Superintendent effective January 1, 2018. 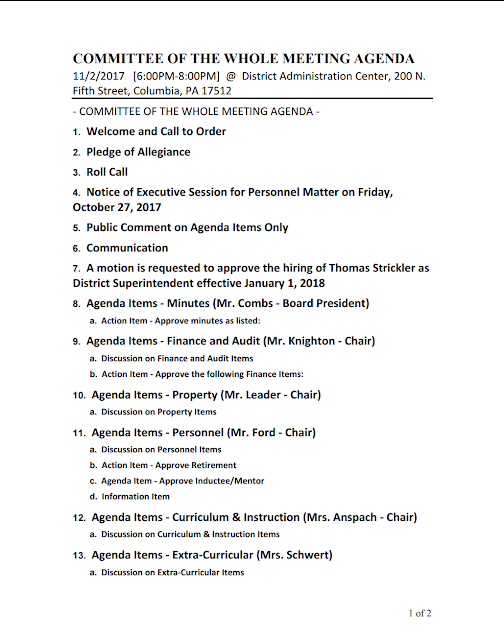 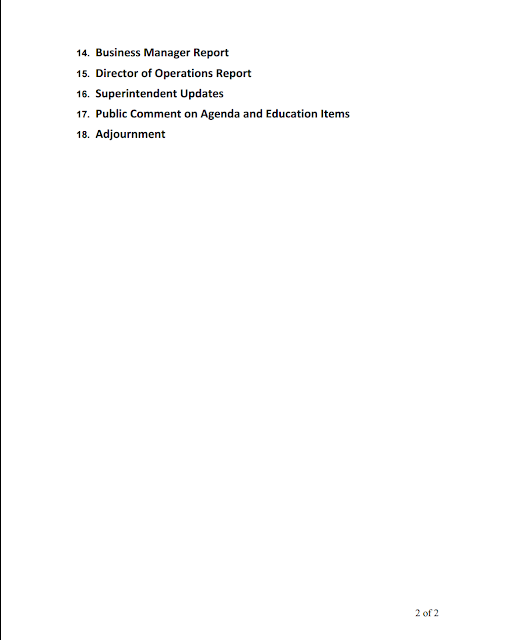 Strickler was hired amid controversy in August of 2016 by the Eastern Lancaster County School District as director of operations for the Columbia Borough School District. ELANCO Superintendent Dr. Robert Hollister has been acting superintendent for Columbia since 2016.

In a recent email, Hollister stated that he fully endorses the decision to consider Strickler as the next superintendent, citing his commitment to the Columbia Borough School District. 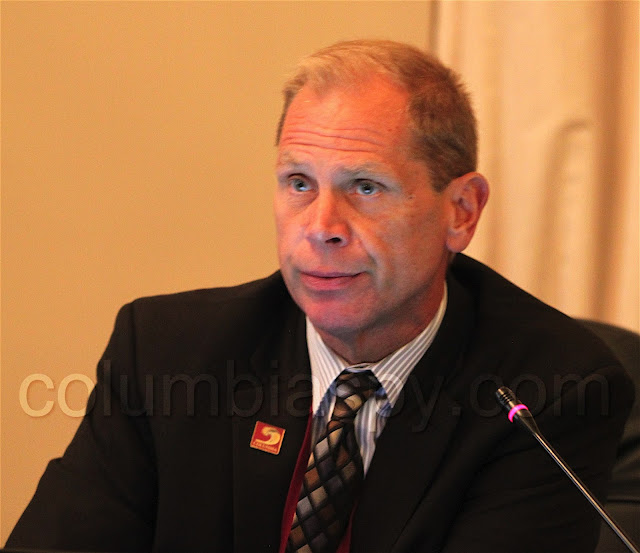 Another BAD decision made by Columbia’s elite! He has absolutely NO qualifications for the job!

No surprises here; this has been in the works for a long time.

How in the HELL can he be superintendent of a school with no credentials? I am more qualified than him. Maybe I'd like the job... They need to post the position! Same with Columbia Borough with Denlinger's Community Development shit. Again, I am more qualified and am sick of being represented by people who don't post positions in order to get the MOST QUALIFIED individual!! No wonder this town is becoming what it is.

It is illegal ..under Pa. school section 324.. to hire Strickler. How are they circumventing the law this time for Strickler's benefit???..Certainly not beneficial to the schools or the town.

Since when does Hollister get to pick the next Superintendent?

No matter what anyone thinks about Strickler and his qualifications, the board can legally hire him provided some things are true. Bare with me. The state allows anyone with a master's degree to apply and hold the executive position. I assume he has completed his. A Curriculum Director or anyone who holds the letter for Superintendent can evaluate the teachers. We actually have two people in that position and are completely qualified to hold the title of Superintendent. However, I tried looking up the election results from 2015 when he was elected to the school board. The site with the results is down for preparation for the next weeks election. Why is this important? If Strickler won the four year seat, his term is not up until the election after this one, 2019 even though he resigned. Resigning does not stop the clock. Why is that important? Because the State Ethics Law states you cannot be hired by your own school district for the ENTIRE length of your term or appointment. The only exceptions are for Solicitor or teacher. Even then you need a unanimous or 2/3rd majority vote. Look it up yourself... it is right in the school districts own policy book. Policy 009 under "Statement of Policy" Here it is: "No school director shall, during the term for which s/he was elected or appointed, be employed in any capacity by the school district or receive any pay for services rendered to the school district, except that:[6][7]
A school director who has served two (2) consecutive terms may be elected to the position of attorney or solicitor for the Board of which s/he was a member by unanimous vote of all of the other members of the Board and, after resigning as a school director, shall be entitled to such pay as solicitor as the Board shall determine."

A school director may, after resigning from office, be elected to the position of teacher by the Board of which s/he was a member by a vote of a least two-thirds of all other members of the Board and shall be entitled to such pay as a teacher as the Board shall determine.

In other words, if you were elected to the school board yesterday for a four year seat and you resign tomorrow, you cannot be hired as a janitor, secretary, etc. for at least four years. Same is true for the two year seat. Now consider something...if he ran for the four year term...it is my interpretation that this is a clear violation of the Ethics law. Any lawyers out there want to refute it? If he ran for the two year term it is not a violation and well, we are screwed once again by the yes men. However, if he ran for the two year term...Don't you think that is awful suspicious? Everyone claims this idea of a shared Superintendent only came up during the 2016 school year about 3 months after the election. You need to file your intentions in February of the year of the election. In this case, February, 2015. So if Strickler, always having run for a 4 year term, all of sudden decides to only run for a two year term.. Hmmmmm...Makes you wonder when this idea was really concocted and kept under wraps until the right time, doesn't it? This also bought him time to complete his masters. And lastly, wow he gets voted in officially just after the two year term is up!! How convenient! If I was a sitting school board member, I would vote no until someone showed me definitive proof that all is well with the Ethics Act. If not a violation, I'd still vote no. Why ain't I on the board to do this? Well... I work 2nd shift or I would. But I will let you decide.

Strickler cannot be considered unless the school board votes 100 % in favor. Let's see if any board members have the courage to stand behind the truth that this man should never be considered for this position.

WTF !!!!! all comments above are right on target....... not only do we need a QUALIFIED superintendent; we now need positions for school board. who makes these decisions to run a school the way Columbia HS just feels like doing!!!

An open question to board member Barry Ford. Have known you forever and know that you bleed crimson and gold...I also know that through your sports experience that you hate bad umpires , refs. and anyone who cheats in order to win. That being said, the question is, How can you in good conscience support a person like Strickler for this important position.

Please talk to your friends , people that you trust, and find out the truth before your vote.

This is a setup like playing away from home with bad officiating.

Please do not allow one person to use you for their personal gain at the expense of our town and many of us who also bleed crimson and gold.

Installing an unqualified person like Strickler into a Superintendents positions actually cheapens the title of all Superintendents in the State , including Hollister's , because they all had to be qualified and certified and had to have educational experience...this shows that the only thing that you need to be a Superintendent today... is experience in manipulating board members who are weak enough to be manipulated.

Am so glad my children go to Catholic High and that Strickler will never have power over their education.

To all Superintendents in Pa.... someone is laughing at you because you had to work for your positions and that someone disgraces your hard work by installing himself into the same position that you earned, through education, hard work and experience.

Is there any other Superintendent in the State who has a degree from Big Bird online university???

Just talked to a previous board member who said that it is in the Columbia School Board Policy that they will select the most highly qualified candidate to be Superintendent.

Who were the other candidates who were less qualified than Strickler, if that is even a remote possibility.

Were there any interviews or was Strickler the only candidate?

Columbia's schools are doomed. Didn't you see the test results? Worse than last year and they promote this agenda!!! Parents if you can .... get your kids out of there! Tide Pride!

When Strickler is placed in this position, our town and schools will become the laughing stock of the state...and just when our town is seeing some great positive growth, this happens and diminishes all the hardwork that is being done by the mayor and council.


We keep shooting ourselves in the foot...one step forward and 2 steps back.

This is embarrassing to our town, our schools ,our teachers , and our entire community.

I feel sorry for board members who are that easily manipulated by one person for personal gain.

Very well said i mean that from the heart! No Strickler!!!

well he does not have a valid teachers degree or a educational degree at all so he should of never been considered for this position, there are many candidates out there that have masters let alone doctors degree in education they should be elected for the position not him. Just another inside job in the borough and they wonder why we test and score in the 30% on state standards.

The Mayor supports this move. This is the back rubbing so the Municipal Office moves in the CBSD Administration building. Old boy network!

Forget that. There are those on the board who would rather hire a buddy that hire someone on sound business practices and facts.

If i am correct on this ,he had something to do with the Flag Program at Taylor - -stopped it

The vote hasn't been taken yet. I suspect those two will NOT vote for this.

Well I think on average his jobs only last about a year...

Yes he did stop it, the guy was a Vet and was doing it on his own time. Said he wasn't a teacher.

His Master's is from the University of Pheonix?!?! Seriously? One more reason why he can't be taken seriously.

Just because his degree may not techinally be in education, who does this make him not qualified? Do you know his knowledge of the Columbia school district, as well as public education in Pennsylvania? Maybe having a sit down with him to address the concern of his qualifications would be a good idea, instead of the constant irate complaining.

I'm not defending him, nor do I agree agree with this decision, however, ignorance is bliss and majority of Columbia is choosing to remain ignorant on this.