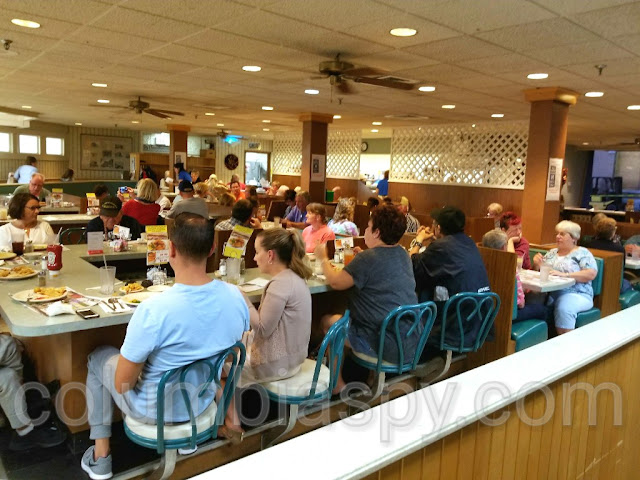 Local Real Estate Investor and developer Don Murphy and his wife Becky have agreed to purchase the restaurant and real estate from the Hinkle Family for an undisclosed price.   The Murphy's, through their company, Cimarron Investments already own several landmark historic buildings in downtown Columbia.

Mr. Murphy said he began discussions with the Hinkle Family immediately after they announced earlier this month that they were closing their pharmacy and restaurant located at 261 Locust Street.  "We have been working diligently to structure a deal to keep the iconic restaurant intact and retain as many of the amazing dedicated employees as possible" says Mr. Murphy.  The Murphy's have retained two long time managers/chefs of the restaurant, Mr. John Sipe and Ms. Robin Ortman as proprietors of the restaurant.  Sipe and Ortman have established their own business whereas they will lease the restaurant from the Murphy's. The Murphy's also acquired the name "Hinkle's Restaurant" as they felt it was extremely important to carry on the legacy of the Hinkle's brand that so many locals and visitors to downtown Columbia have come to recognize over their 124 years of operation.

The current business will close as planned on October 25th for a transitioning period of four days and reopen at 7:00am, Monday, October 30th.  Mr. Murphy said his future plans are to renovate the restaurant, expand the kitchen and increase seating by adding additional dining space.  Current catering services are planned to be expanded as well.  He also hopes that this latest acquisition will help enhance the downtown and that maintaining this location is a key element in the revitalization of Columbia.
Posted by Joe Lintner at 1:26 PM

I propose that we all lift them up in our prayers and ask God to empower them with good health and prosperity to keep doing the amazing things they are doing for the town that we all love!!!

Thank you Don & Becky Murphy! You are an amazing couple! Congratulations to John & Robin!

The borough hall is up for sale to! Maybe he can buy it!

The best thing we can do is to patronize their business!

Don and Becky our family thanks you for saving this wonderful place. We travel from Hershey once a month to eat here. To us there is no other special place in the area like this Thank you so much again!

Wow, this is great news ! Thank you Becky !!