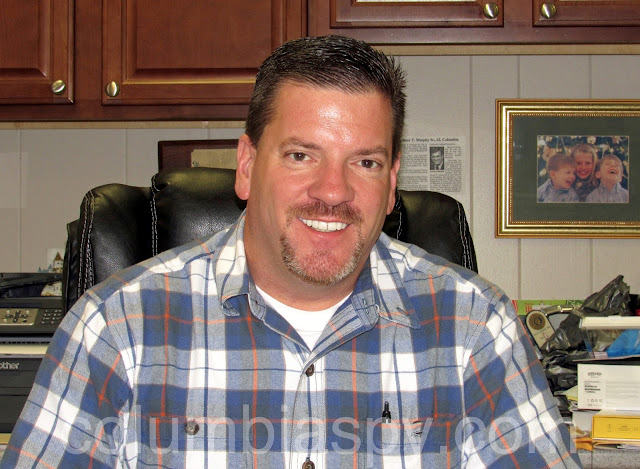 Don Murphy wants to make Columbia great again. To that end, he and wife Becky, through their company Cimarrron Investments, recently completed an agreement with the Hinkle family to buy the famed Hinkle's restaurant in downtown Columbia. Along with the real estate, he also purchased the Hinkle's name. The investment is a move he hopes will save what many consider the heart of Columbia. The Murphy's, through their company, already own several landmark historic buildings in the downtown.

Columbia Spy sat down with Murphy at his Walnut Street office on Wednesday to discuss the upcoming changeover.

"The restaurant is a viable business," he said. He explained that his plan is to update the restaurant "just a little bit," but not enough to lose the historic, small-town atmosphere. He wants to enlarge the kitchen space, which he describe as "tight," and upgrade the equipment. The dining area will also be expanded to include individual tables that customers can push together for larger groups. He might also add a private area for lunch meetings where the current pharmacy is located.

Referring to the catering business that operates out of the basement, he said, ”They're doing a lot more catering in the last year or so.” He is looking to expand that operation further in the basement due to the large amount of space available there and promote it more vigorously.

Murphy also cited the dedication of the Hinkle's employees and wanted to work fast to keep as many as possible. "We needed to act quickly to retain the staff," he said.

He believes there is no time for delay in getting the business up and running again after its upcoming October 25 shutdown. After a four-day transition period, the restaurant will reopen on Monday, October 30.

"I didn't want it to close for a month or two and then have to reopen because then it's like stale bread," he said. During the transition, CVS, which bought the pharmacy operation, will finish packing up and removing pharmaceuticals. Due in part to state regulations, the word "pharmacy" must be removed from the Hinkle's building as well as any signs associated with the business. The shutdown will also allow staff to be "hired back" in the new entity, get vendors back on board, and beef up the inventory again.

My brother, Don, & Becky did a great thing today for Columbia & Hinkles!
So proud ��

Congratulations to the Murphy's,on taking over Hinkle's. It is great to see the Murphy's quick action and concern for the employees.Wish them much success.

Thank you Don! You are doing great things for the town that I still consider "home"

Not only did they "save the day," they saved many days to come! They also gave new opportunities and hope to the employees. I think the most important part is saving the name. This town is lucky to have the Murphys providing tangible progress in real time.
Sharon Lintner

This is awesome. Thank you Mr. & Mrs. Don Murphy for investing in this iconic landmark of Columbia as well as Columbia as a whole. Kudos to you!

Columbia was built on Failure - hopefully the Murphy's can turn the tide !!

We put stuff outside to pick up later and got a fine for $25 said...

Whats going on with dmc building on walnut st