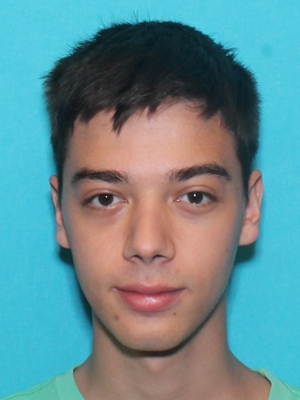 On 10-26-17 at approx. 12:38AM the Columbia Borough Police Department was called to the 500 blk. of Concord Ln. for a report of a burglary in progress. Upon arrival police were advised that Dustin Wetten (30), last known address in Enola, had kicked in the front door of the house, threatened a resident in the house that he had a gun and then went upstairs and kicked in another door and forcibly removed the victim, Jordan Fischer (21) of Columbia, from the house.

The whereabouts of Wetten and Fischer are unknown at this time. Wetten has ties to several towns in Lancaster, Dauphin and Cumberland counties. Wetten is possibly operating a gold in color, 2002, Saturn L200 with PA registration JJA-1585.

Jordan Fischer is described as a white male, brown hair, brown eyes, 5'08" and approx. 150lbs. Fischer is listed as a missing endangered person.

Wetten is described as a white male with blonde hair, blue eyes, 5'11" and approx. 200lbs. Wetten should be considered armed and dangerous. A warrant is being issued for Wetten for Burglary, Kidnapping and Unlawful Restraint. If anyone observes the vehicle or those involved they are asked to contact their local police department. If anything else is known they are asked to contact the Columbia Borough Police at 717-684-7735 or submit a tip below.