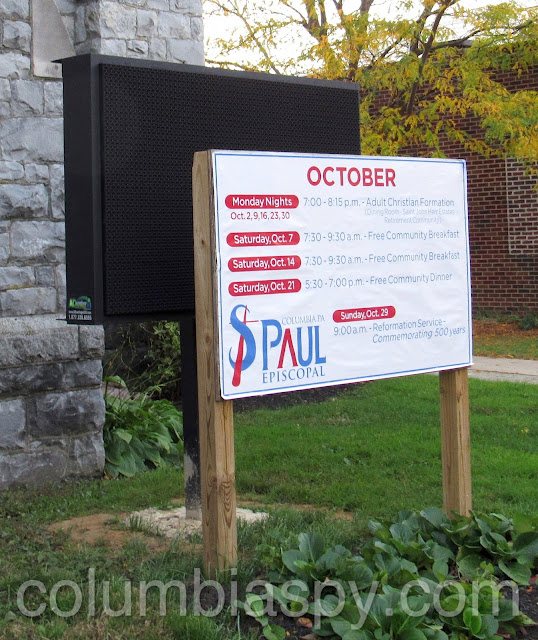 A large LED sign was recently installed behind a wooden sign at St. Paul's Episcopal Church on the 300 block of Locust Street, which is in the Columbia Borough Historic District. 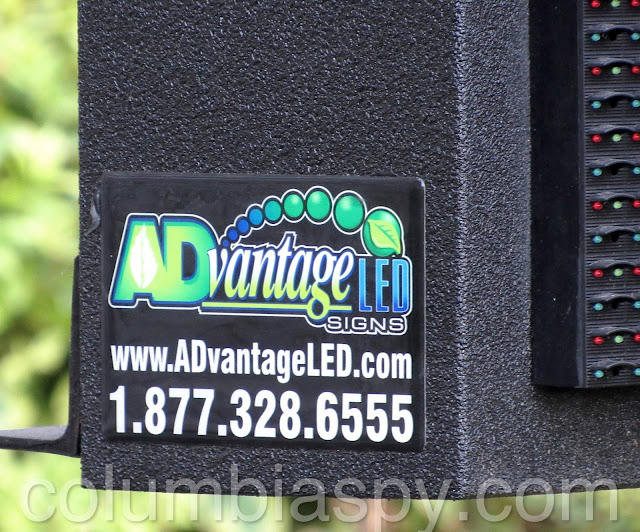 A sticker on the side of the sign's casing displays the manufacturer's name and contact information. 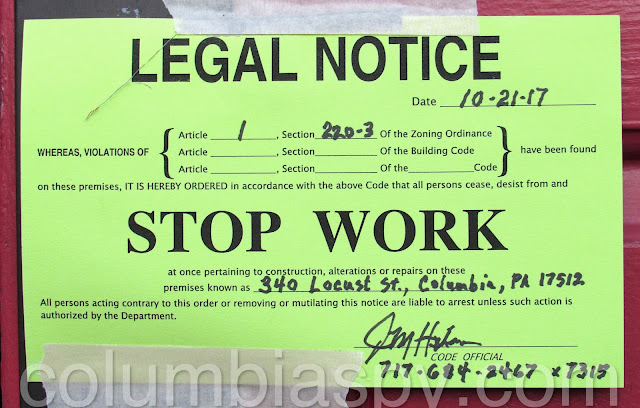 This STOP WORK sign, possibly related to the LED sign installation,  was posted on one of the entrance doors to the church.

According to an LNP article dated July 25, 2016, Columbia Borough Council denied the church permission to install an LED sign:

Council members Kelly Murphy and Cle Berntheizel removed themselves from the vote because they are members of the church. 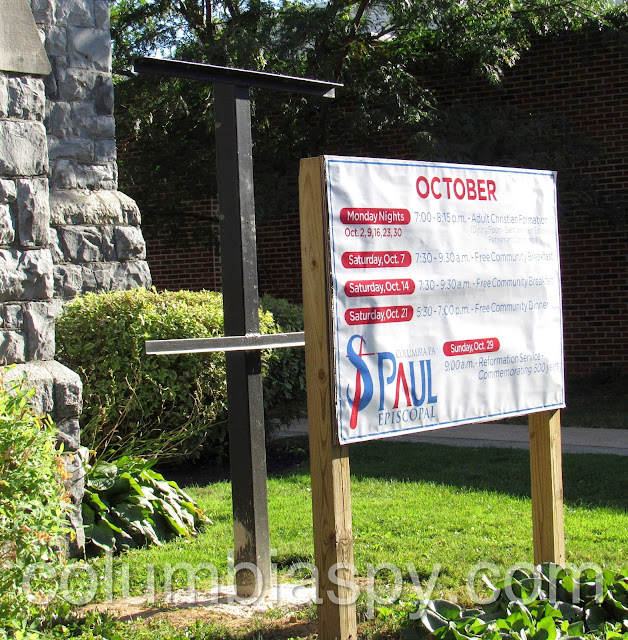 This sturdy metal frame was installed some time before October 2, 2017, when this photo was taken.


HERE is a video showing the manufacture and operation of various LED signs from ADvantageLED Signs.
Posted by Joe Lintner at 10:44 AM

God said "Show me the light", but not in LED

How come the Coffee Club didn't stop this? They had to know it was being installed.

like to put a LED light on my front l

“The historic district should not look like the Las Vegas strip.”

You really don't understand the concept of zoning, do you?

Oh they both knew,,, now let's see what happens.

What was the end result of the vote after Cle and Kelley abstained? Did it pass or fail? If it was denied, its a no brainer, have it removed. The church's council or decision makers will learn a valuable lesson. No one should be above the law.

Do know that Rudolph and Zoey did, though.

I bet if the Market House wanted a LED sign it would be allowed.

Why in God's name would any church need a sign like this? Makes zero sense.
Why DO we need to pay for consultants and studies? Nothing changes. There's at least 12+ buildings/businesses along Locust Street that will never be open in the evening and even if they were, they have nothing to offer to the visiting public. Then add in the vacant buildings and trash all over...there's not much curb appeal left. Thank God for the Murphys.

Fighting a church. We have a council full of real tough guys.

Council does not have to "fight" a church, the decision was made and the church has to obey the code regulations just like everyone else does. Taxpayers money goes to enforce these regulations.

Yep, fighting a church. Tough guys. I bet if certain members of the community wanted a LED sign, it would be allowed immediately.

Yeah, right. That sign would be up so fast, your head would spin.

If you're lucky enough to own a home in the "historic district" you can't even get replacement windows, or point your bricks without permission/fight! So, this is just a slap in the face to home owners as is the storage facility! What an ugly eyesore at what should be a nice waterfront! How did that thing ever get approval. It has no historic features at all!

That im sure was approved due to the person that, owned the property and had them built, its always about who you are around columbia,

What does our HARB and it's paid advisor have to say???

The application was denied at HARB. Went to council on appeal and council upheld the HARB recommendation for denial.

Replacement windows are no longer reviewed by HARB, unless the size of opening is changing or the configuration is changing.
The storage facility is not in the historic district. If you're not happy about that, take it up with council, as they created the district.

They made HARB even more useless. But this time in a good way. Although, I'd be happy if they'd get rid of the whole thing.

Council better tread cautiously on this one, as allowing it will set a precedent for more to come. An obscene sign at a church, what a joke.

Churches should be exempt from those dumb sign laws

Actually I would think churches (and other businesses) would do a better job of setting an example at how to work together in a community.