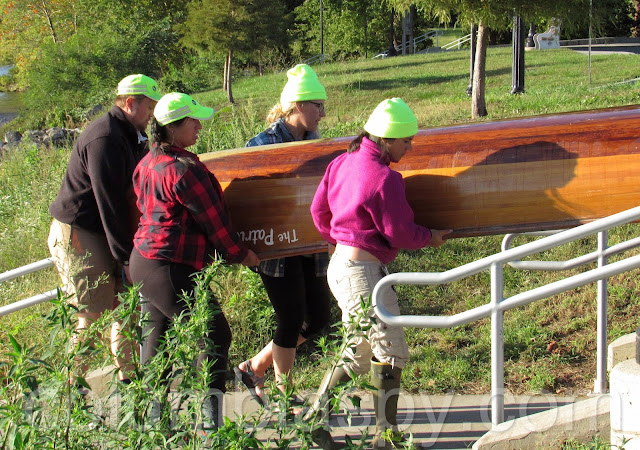 Columbia Spy came across the canoemobile - or rather several canoemobiles - being "packed up" at Columbia River Park Monday afternoon. The crew had just finished a day of boat rides on the Susquehanna with 5th graders from Columbia School District and Eastern York School District, and with other interested visitors. Seven crew members from the Wilderness Inquiry hoisted the six canoes, one at a time, onto a waiting trailer. Each canoe weighs about 400 pounds and is made of cedar strips, fiberglass, and Kevlar by a boatwright in St. Paul, Minnesota, the group's home base.

According to the group's literature:

"The Wilderness Inquiry Canoemobile is a roving fleet of 24-foot, 10-passenger Voyageur canoes that travels the country to connect people to their local waterways and the great outdoors."

As part of its 17-city national tour, the Canoemobile stopped over in Columbia last Monday and Tuesday to offer the outings. The event was sponsored by the National Park Conservation Association in partnership with the National Park Service Chesapeake office.

For more information on the Canoemobile, go here: https://www.wildernessinquiry.org/programs/canoemobile/ 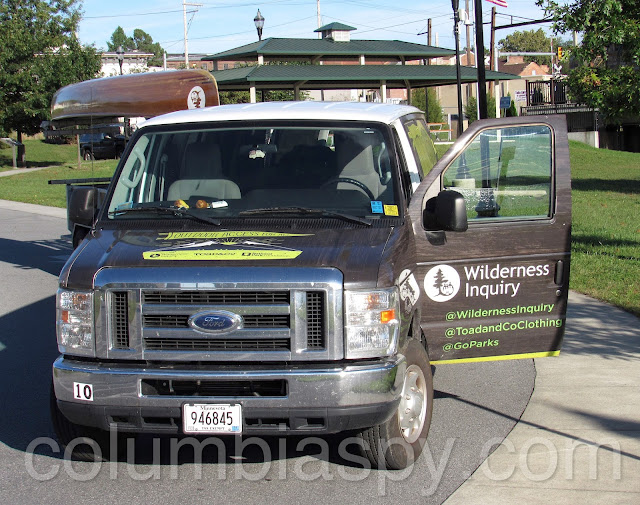 A trailer carrying the canoes was hitched to the Wilderness Inquiry van.

The crew carried several 24-foot canoes, like the one shown above, to a waiting trailer. 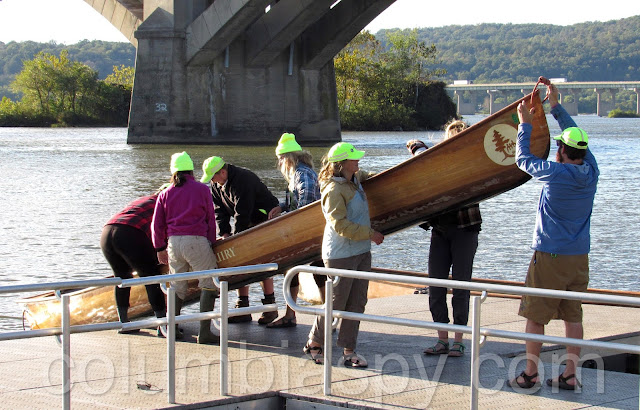 Each canoe was pulled from the water and then onto a dock. 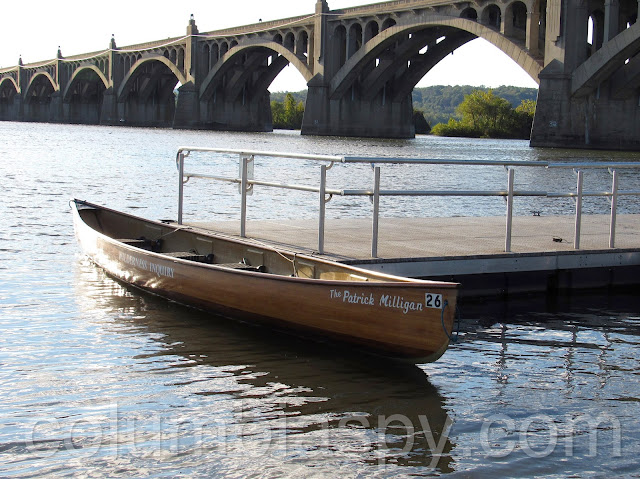 Here is one of the canoes, awaiting transport. 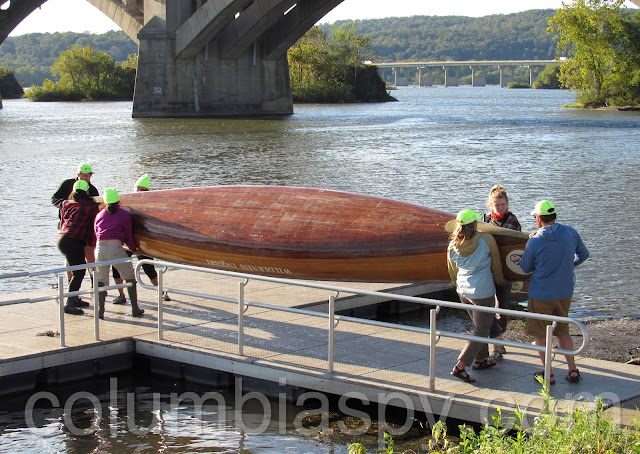 The crew flipped each canoe after it was pulled from the river to facilitate loading. 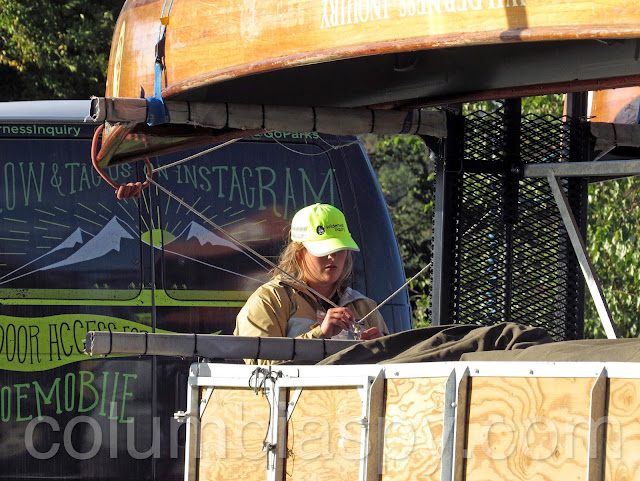 After loading, each canoe was secured onto the trailer. 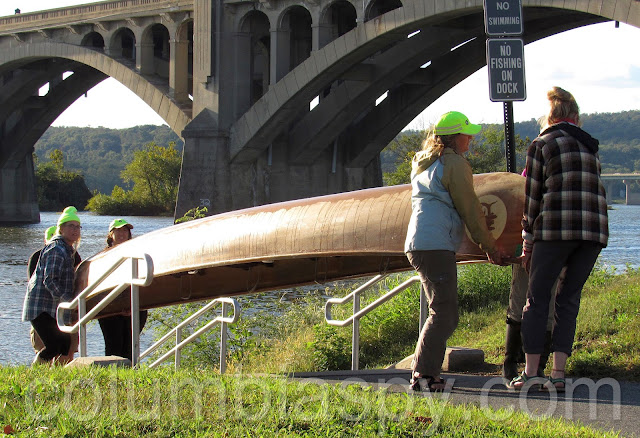 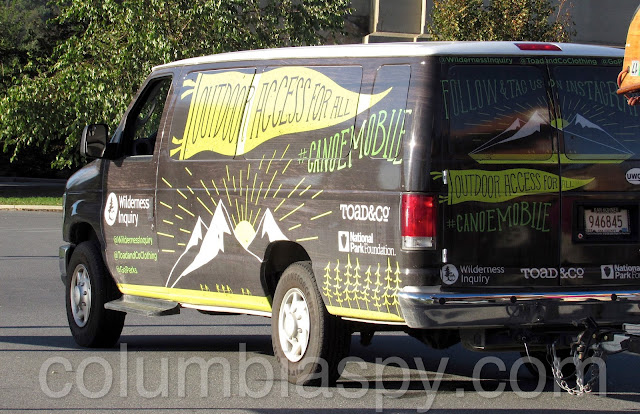 The Wilderness Inquiry van with trailer in tow. 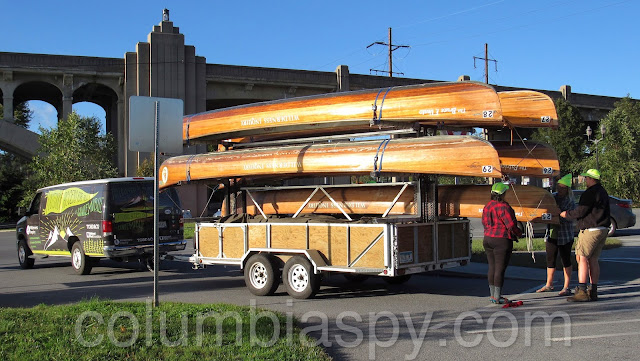 The canoes alone will weigh a total of about 2400 pounds when loaded. 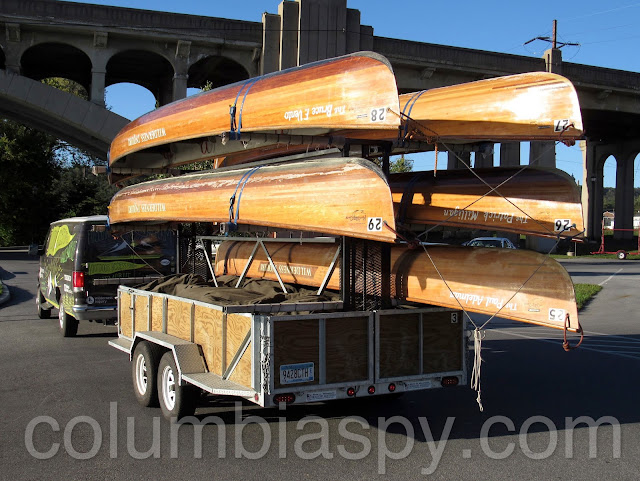 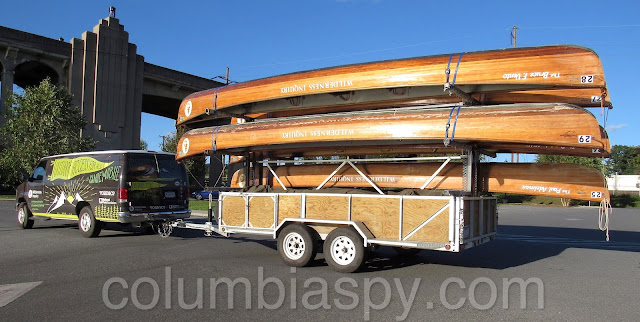 One more to go 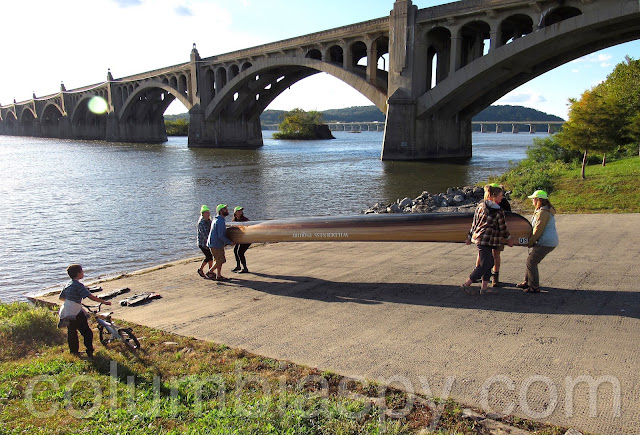 And here's the last one being carried up the boat ramp, while an interested spectator (far left) watches.

Very cool. I'd love to take a ride on the Susky on this!