A green heron goes fishing at River Park, is challenged briefly by a great blue

Columbia Spy recently caught the following photos of a green heron fishing for minnows along the shore of the Susquehanna at Columbia River Park. The bird was briefly challenged by a great blue heron that flew by and bellowed at it. The great blue alighted a short distance away and watched as the green heron apparently invaded its territory. The great blue seemed a bit intimidated by the photographer, whereas the green was almost oblivious as it continued to spear minnows with its beak in quick, deft strokes. 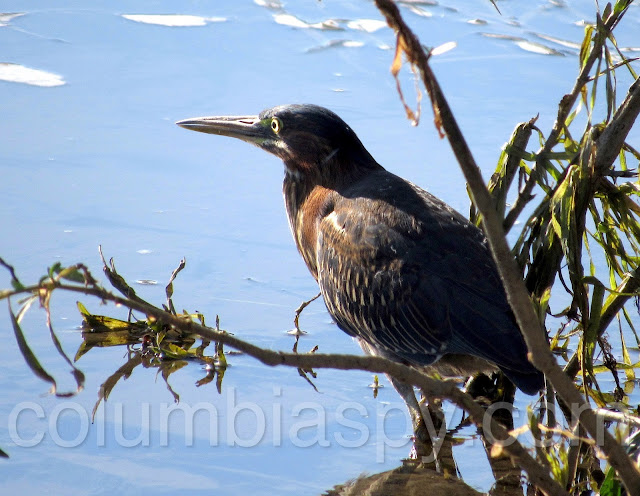 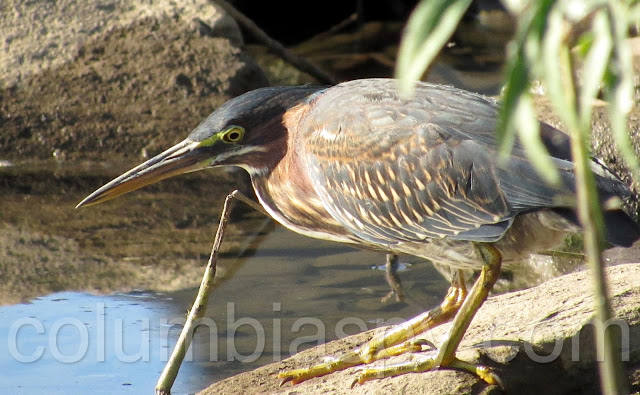 It seemed to be surveying its prospects for a fish dinner. 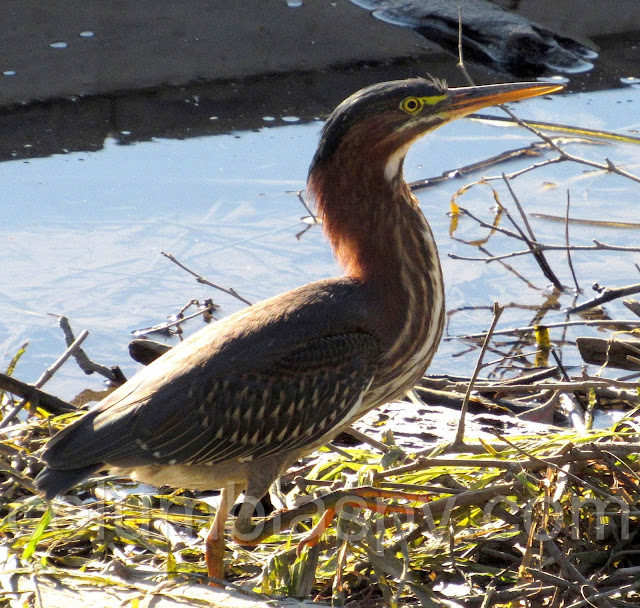 It high-stepped along the shoreline, looking for a suitable spot. 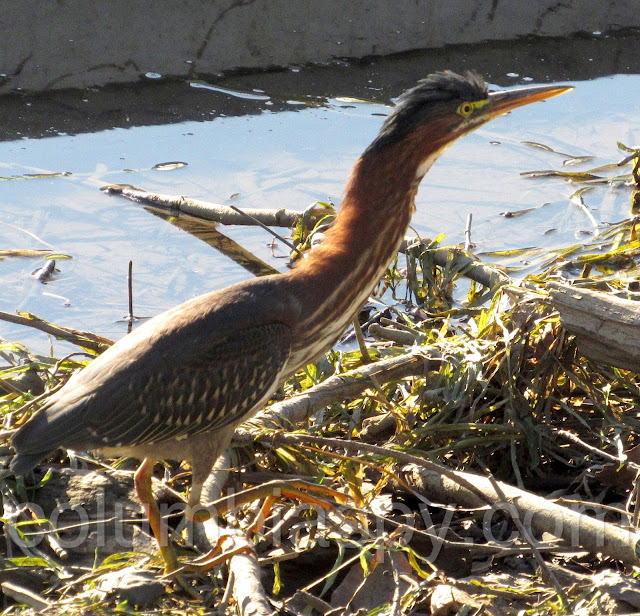 As it walked, it had to avoid twigs, leaves, and other debris. 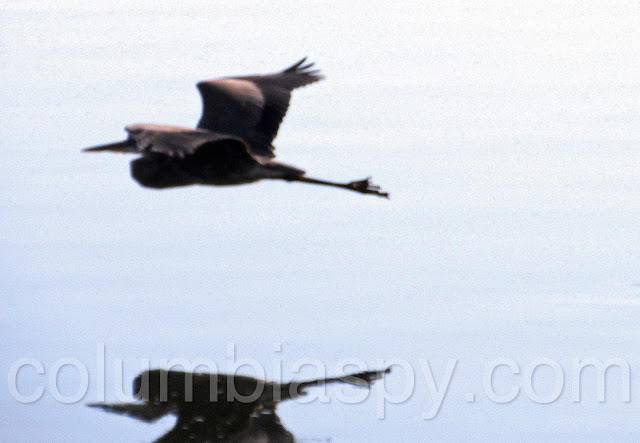 A great blue heron, a frequent visitor to this part of the river, bellowed from a short distance away as it flew by. 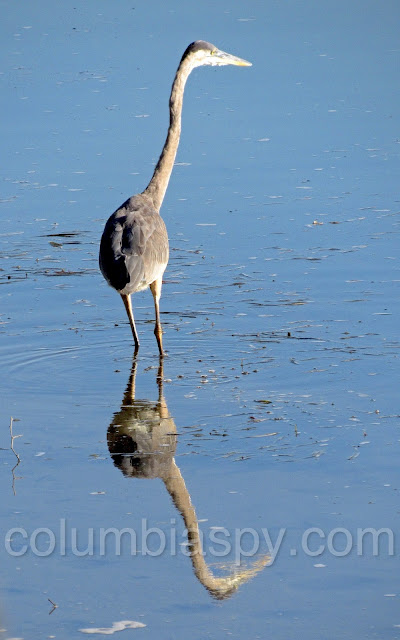 It then landed a little further down along the shoreline and watched the interloper in its territory. 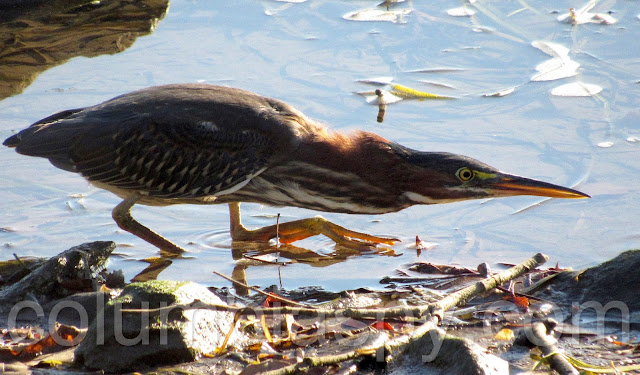 Undaunted, the green heron stayed focused on its goal. 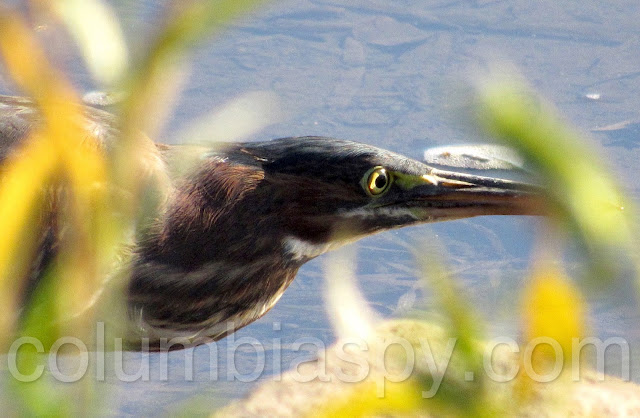 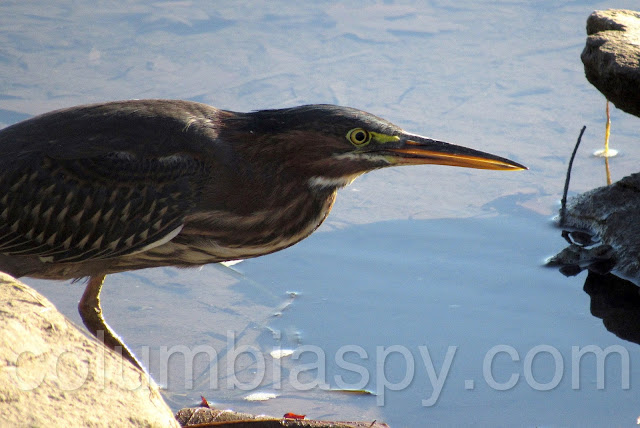 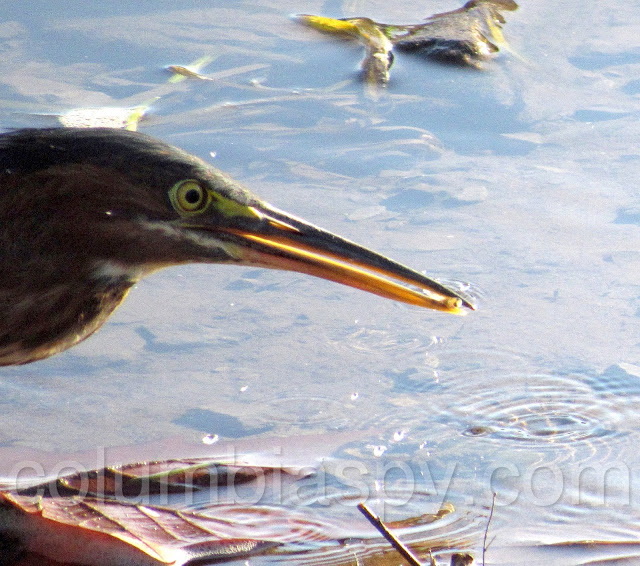 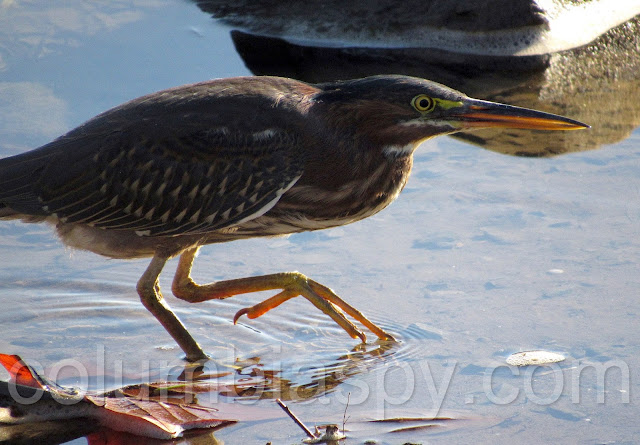 Encouraged by its success, it crept onward. 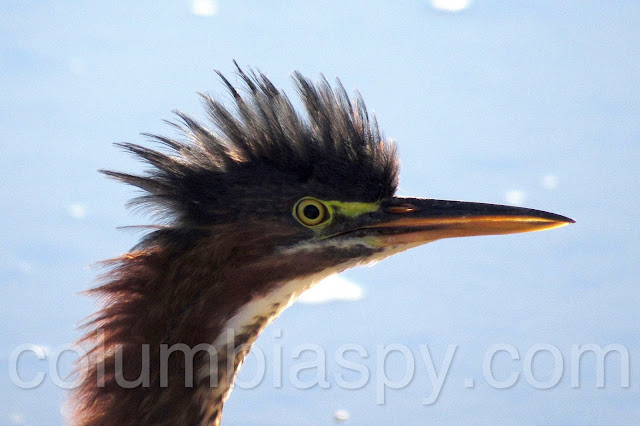 The bird was briefly alarmed by something... 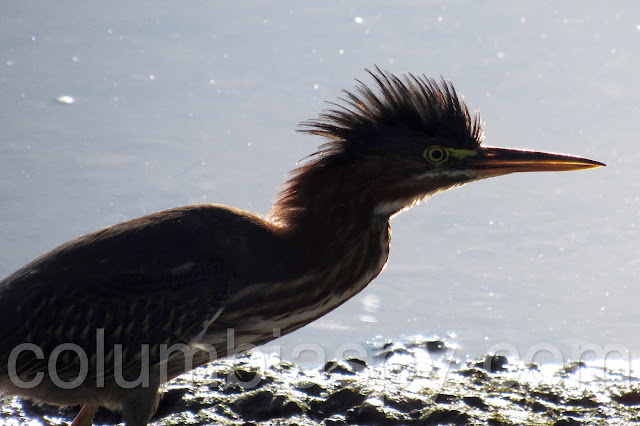 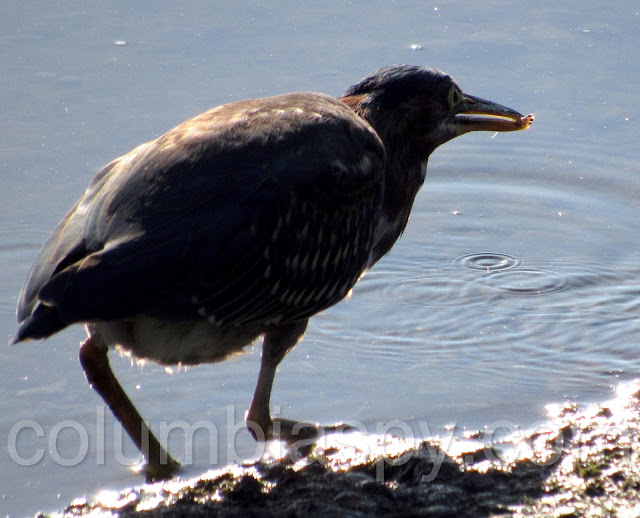 ...and was rewarded once again for its efforts... 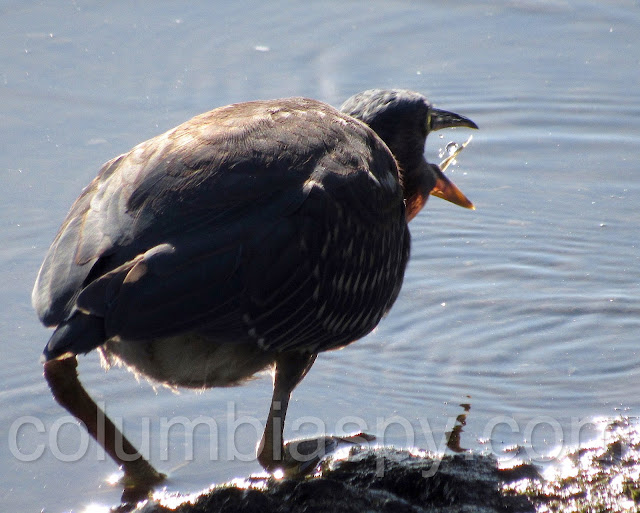 ...but almost lost the prize. 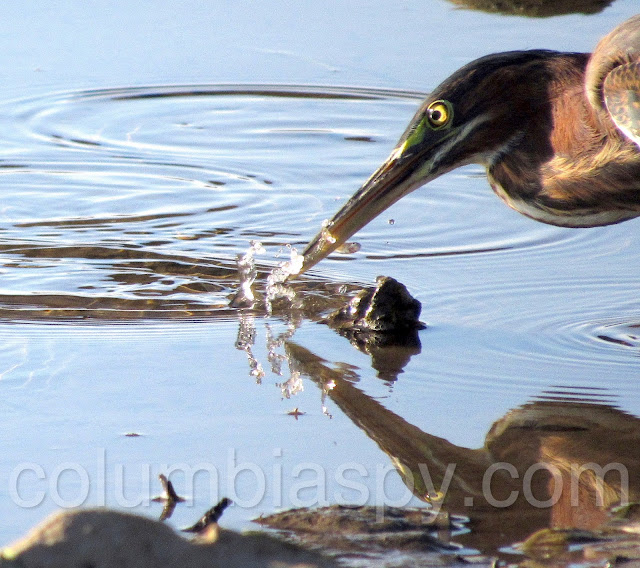 It attacked once again with accuracy... 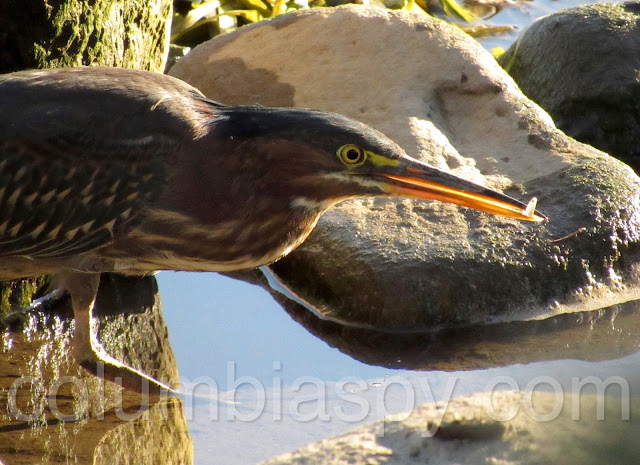 ...and speared another hapless victim.