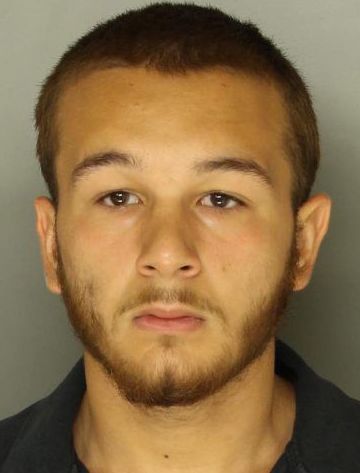 A 19-year-old Columbia man was sentenced Friday to 10 years to 20 years in prison for his role in a shooting attack on police officers in the borough last year.
Trenton Nace pleaded no contest to felony charges of conspiracy to murder a law-enforcement officer and two counts of aggravated assault and a misdemeanor charge of reckless endangerment.
MORE:
http://lancasteronline.com/news/local/year-old-accomplice-sentenced-in-case-of-columbia-teen-who/article_1db76240-b049-11e7-b002-73078ee44bac.html
Posted by Joe Lintner at 4:56 PM

I was surprised there was no mention of him on Bethel Street that morning firing a gun to attract the police to that location. I heard the shots..some near Cherry Street and Bethel. Shortly after, the police arrived. His actions were as gracious as the actual shooter. Someone else could have been killed that night in that area. They both should be doing life.