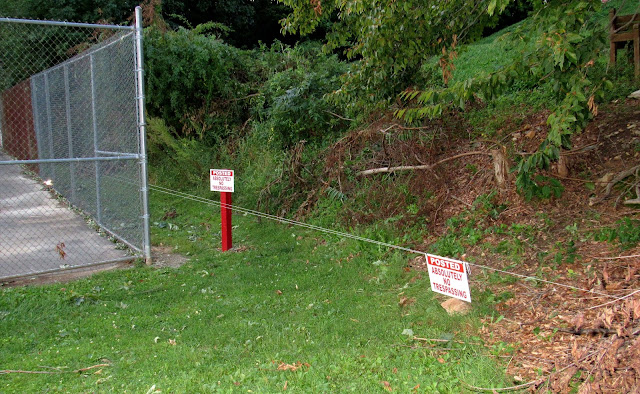 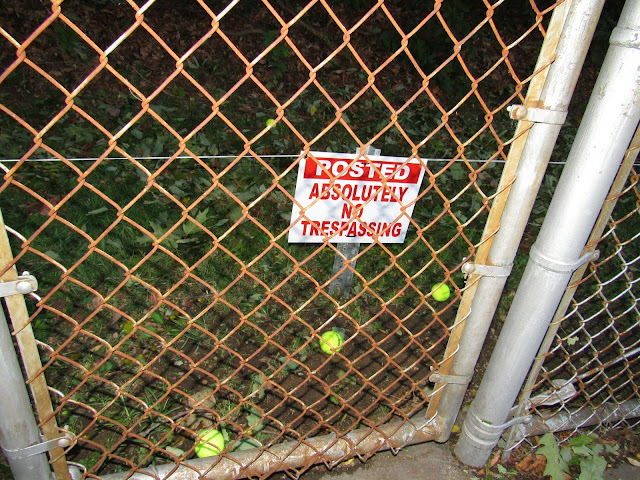 Columbia cross country coach and school board director Charles Leader brought the matter to the board's attention at its Committee of the Whole meeting Thursday night. He said he found the six-foot wide path blocked off a few days ago. Leader is concerned that blocking the path will interfere with Columbia's first home race scheduled for next Tuesday. The path is part of the race circuit. He believes changing the route with such short notice will be unfair to the other schools competing - Donegal and Northern Lebanon.

The property owner is reportedly in the process of selling the property.
Posted by Joe Lintner at 10:52 AM

I'd like to see a story about the Hotel Columbia/Locust. A few years back there was hype about them being redeveloped, but they have just been left to rot. Why isn't the CEDC doing something with them? I've seen people looking at them, but they remain a blight on the community.

This is absolutely very true they remain basically an eyesore and right in the exact area that they want to make so much better. For years they just sit idle and vacant. We are paying for two services to improve that area, the consultant and the CEDC. Where's the results?

Combine their annual salaries and Hotel Locust could be cleaned up enough to make a presentable appearance at least from the street view.

How about the Borough stop giving money to the CEDC. They do nothing for this community and what are they doing with the money they are given?

I noticed the CEDC enjoys incredible tax breaks on their properties while everyone else enjoys an overwhelming increase...........BOOOOOO.....