Hollister to quit Columbia, leaving board grasping for options 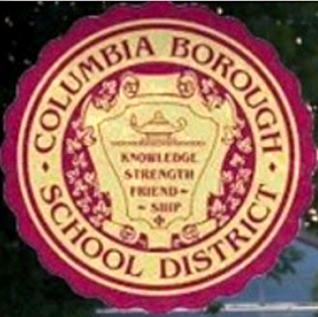 Dr. Robert Hollister will be leaving Columbia School District early next year as superintendent. But questions remain, and Thursday’s committee of the whole meeting yielded a bit of confusion on the matter in that the board offered no official announcement of Hollister’s exit - only two subtle clues.

First, renewal of services was a listed item on the agenda, prompting a resident to ask the board if it had explored hiring a superintendent instead of continuing to share services with Elanco. Board President Keith Combs replied that although technology and business services will be extended for three years, the executive services portion of the contract with Elanco will continue only until January 31, 2018, after which other options will need to be explored - with no further explanation given. The relevant agenda item stated the following:

7. Action Item for tonight
a. A motion is requested to approve Technology Service, Business Service and Executive Service extension agreements with ELANCO


Secondly, the board president did not delineate the differences in term lengths for the various services when the vote was taken, but simply read the motion as shown above. The board voted unanimously to pass the motion.

A source tells Columbia Spy that discussions involving Hollister's contract are not yet final on the Columbia side of the equation. In addition, Elanco's board has not yet voted on the issue but is scheduled to do so at its September 11 meeting. The relevant item (5b) on Elanco's website states the following:


The Columbia Borough SD approved the agreements at their September 7, 2017 Committee of the Whole Meeting.

Clearly, the Elanco website is specific regarding the term length of Hollister's contract, whereas Columbia's is not. However, a recent LNP article implies that the Elanco vote is a fait accompli, i.e., a done deal.

Two officials affiliated with the district and three residents in the audience agree that the Columbia board did not announce that Hollister would be leaving Columbia or returning to Elanco. (Our recording bears this out).

In addition, the future of the director of operations position will be uncertain if Hollister quits Columbia.

Regarding other options, Combs said that attorney Mike Grab had prepared a 60-page white paper exploring the feasibility of merging with another district. Director of Operations Tom Strickler asked that a link to the paper be attached to the district's website to avoid being bombarded with right-to-know requests. (As of the time of this posting, we are unable to find the link.)

When does it end??

Dr. Hollister probably wants to jump ship ASAP. He may not have foreseen all of the problems he would be faced with in Columbia. Thought it would be a feather in his cap to make CBSD great again, instead it turned out to be a real pain. I think he begged the ELANCO board to get him out of Columbia. Seems like he already knows how they are going to vote tonight.

Could it be possible that Hollister was deceived by people in search of financial gain????

The real story about how this agreement came about will soon be told , including the names of those who are culpable. Can't wait to read about it!!! The old adage of..follow the money...has proven to be correct again.

Dr. Hollister's ​position as superintendent is part of the "package" $165,000 agreement with ELANCO.

His departure in the middle of the school year leaves Columbia residents to pay for a new superintendent and continue to pay ELANCO for the technology and business services.

Whether or not Dr. Hollister is receiving a paycheck for his work in Columbia, his service to our district is part of what we are paying for. Will our district be compensated for the remainder of this school year?

How does the $165,000 change without his service? In other words, what's the business and tech services going to cost Columbia in addition to hiring a full time superintendent?

Once again there is no magic pill to fix the problem with this school district. Nobody will be able to make this work. Education is way too expensive a business for these little districts to pay for. Mr. Grab & the school board need to combine their efforts on getting the state to combine us with 1 or more of our surrounding school districts. Anything else they do will be just delaying the inevitable.