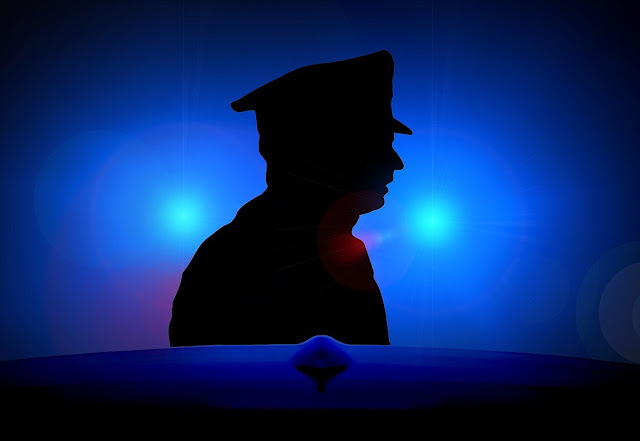 A 61-year-old Columbia man was attacked and brutally beaten by a group of men on the 600 block of Walnut Street early Sunday morning. According to the victim [name withheld], the incident began when he was awakened at about 3 a.m. by a loud and disruptive group of about eight young men on the sidewalk near his home. He approached them and asked them to be quiet so that he could sleep. A few of them became defiant and told him that he needed to "respect" them. As he attempted to reason with them, they surrounded him and he was "sucker punched" before being attacked by others and knocked to the ground. The group continued to punch and kick him as he was lying on the sidewalk. The resident was able to crawl a few feet to his front steps where his wife came to his aid. (He later told Columbia Spy that he thought he was going to be shot in the back when he was on the ground.) He used the word "wolves" to describe the attackers. His wife said "blood was everywhere."

A short time later, one of the group, who realized he had dropped his phone during the attack, came to the man's home asking for its return. His wife told him that she had turned it over to the police. After looking at photos on the phone, she recognized some of the men who may have participated in the attack.

The resident sustained potentially life-threatening injuries in the attack, including  an enlarged spleen, a closed fracture of the right eye orbit, a maxillary sinus fracture, concussion, and contusions. Some of the contusions were suffered while he was crawling on the sidewalk. His glasses were also broken during the attack. He was transported to LGH via ambulance. Full assessment of injuries is ongoing. Due to facial injuries, he may require surgery.

Anyone with further information should call the Columbia Borough Police Department at 717-684-7735.

Wow kids today have no respect for anybody..

I hope these men are caught. Our community does not need this kind of garbage.

Try this when im around. I carry enough rounds to put em each down twice.

A resident of Columbia told council recently that gangs are controlling this town. A former Councilman also tried to tell them, but was met with denial.

So our tax dollars are paying to educate kids that come back to beat our residents and shoot at our police officers like they did last summer. Money wisely spent.

Please report to your house and lock your doors at dusk. Do not let your dog out. Stay in until at least daybreak. Others run this town at night.

Cowards. Plain and simple. A group to attack a senior citizen? Do the world a favor and ill volunteer to dispose of this trash.

They were YOUNG men, young to some means kids. The word "men" should not be used to describe them, they are horrible people. Men shouldn't act like that.

The guy probably made a racist comment Colombia is known for racism. But the Columbia residence ain't going to talk about that but they races out there Columbia Lancaster trust me they racist cops at all...

Whoa... The school is not responsible for everything bad that happens in town and cannot single handedly raise kids. What about the parents teaching their kids respect and common decency? What about personal responsibility? This type of blame shifting only hurts our schools as the kids hear it, believe it, and then don't see value in education. Don't want to see this cycle continue? Get involved.

Who mentioned anything about this being race-related?

I am involved and I already raised my kids and I AM still paying to educate these thugs. How about you telling THEIR parents to get involved!!!!!

I hope whoever the punks that did this get caught and let the public take a crack at them. They should not walk for along time.Enough is enough.

The article doesn't say if the attackers were black, white, Hispanic so WHO exactly is making this racial?? You might want to think before you comment.

Nice post moron. Learn how to spell and put a sentence together, then put a coherent post up.

I know this man personally. He mentored my biracial kids in music and art. He's one.of the wisest men I know... he.knows.how.to.pick his battles.. trust me... may justice be served in this case...

That clown should learn to spell before offering any replies on here. His last sentence makes no sense at all!!!! What's up with all the "anonymous" replies? None of you brave enough to sign your name? I didn't see anything in the report that would suggest any racial comments or slurs were a part of this attack. I hope the punks get brought to justice!

I know the individual attacked personally! My family is black /mixed!!!! Take the rasicim and shove deep in your ass! 3am sounds like a bunch of assholes who can't control themselves...the ring leader started it, and all the other weak links followed!I swear everyone wants it to be about race these days! It's the easy way out for the clouded minds! You're the problem!!!!

He/She is the racist. People like that cant think. Pure stupidity.

You're probably a moron

Columbia Police investigating? Now that's a hot one. When do they EVER investigate anything or solve any crimes? They are afraid of their own shadows.

How sad this world has become. You have to be afraid to walk out your door. Some people think they can do whatever they want to whomever they want. I hope they take every one of them down involved and they serve a lengthy sentence!

Wow, is all I can say!No respect is all that it is!!!Race has nothing at all to
do with being disrespectful to you elders,shame on them hope justice is served!!!

Well that was a racist thing to say!!! I didn't see any mention of any race in the article. hmmmm. Maybe, judging by your grammar, you don't understand the definition of a racist. I'll try and see if I can dumb this down for ya. K pumpkin. A racist is a person who thinks their race is bettter than any other race. Or, it could be someone who discriminates against another due to race. So, now that you know what the word racist means, I guess your kinda embarrassed about your post. Additionally, I don't care what color skin someone has. Makes no difference. If they are able to behave like this, then I am 100 percent racist against this type of person. This is pure street thug trash! Pieces of shit actually. Hope justice is served.

Why not, instead of posting on social media, everyone get out on your porches, stoops, sidewalks and show these "kids" that Columbia is strong as a community United. DONT LET THEM WIN!!!!

Isn't t it extremely racist to assume the gang was made up of minorities? Gee, they just had to be minorities, right? TGAT is racist.

Oh... I do. A lot more then just words are needed to strenghten parenting skills. What would you suggest?

You are the one that assumed the attackers were part of some racial demographic, if you ask me that makes you the racist. You assigned a race to the agressors, your preconceived ideas about the race of people and the roles they play in violent acts made it a racial issue. And shame on you for victim blaming, you are the kind of backwards thinking idiot that blames rape victims and implies the way they dressed had something to do with them being attacked.
To say "i hope you never have to go through something like this" would be a lie...i hope you do and maybe then you'll see how ridiculous, completely inaccurate statements posted as "anonymous" do nothing.

Judgment day will hold us all accountable.

How are you supposed to teach them anything when youre not even allowed to punish them. Smack a behind and its called child abuse then those same undisciplined kids turn into this and people wonder why.

Enough is enough already. I say take it old school... Real old school. Like public humiliation. Tied up and made an example of. Or better yet, a vigilante group. Beyond the call of crime watch and calling police. Like they should allow that if you see something like that happening, take action without any legal punishment. Kick ass, put a bullet in them, whatever it takes to get the message across to these punk made bitch thugs that the people have had enough. They we are bigger and tougher then they are. You can't wait around and hope the police get there in time as you watch these things unfold.

The attackers are not a secret any more, I know the victim and one of the attackers personally. The attack was cowardly and they are lucky I was working at the time as it was on my street. The victim and his family are friends and didn't deserve this. Race was never the issue, making noise late at night and disrespecting hardworking people is the problem. They were grown men and saw an opportunity to be tough guys towards and older man. Pathetic.

I hope this guy gets justice and those pieces of shit get curb stomped!

Hmm, no police report, no names of victims, and no arrests despite a phone of an attacker being held. I call bullshit. More small town dumb crap trying to drum up anger. There's already one entitled dumbass making headlines, no need for another.

Every one carry a gun and shoot them next time.

Eye for an eye rules to end this stuff.

WHY ARE WE FIGHTING AND BASHING EACH OTHER! That is what the media wants, we all bleed the same color, we need to work together to clean up our neighborhoods, and remember the police are human too. They endure a lot of shit from others. instead of complaining, help out. Hope these guys that did this crime is brought to justice.

True columbia people, kids,men, woman, etc. Dont act like this, this in my opinion reading this article, would have to say its transplanted people, from some other part of the county, state etc, this town and the trash thats become a part of it, is a discrace!!

I would hope this means a jail sentence for each one of them and hefty fines with restitution.

Ohhhh please! Get a grip!

SORRY IT HAPPEN OVER AT 600 BLOCK OF WALNUT ST. JUST WISH IT WOULD HAPPEN ON 200 OF BLOCK OF SOUTH 2ND ST.

Wait,, I just beat your husband, can I have my phone back???

I hope Justice get served before Columbia Pennsylvania put the white sheets back on boom!!!

Sounds like the same group of punks that jumped me on 8/11. 5 to 6 black teenagers. I suffered multiple injuries and as a result of this unprovoked attack am now homeless, jobless and have no ID because they went through my pockets. I hope justice is served before someone looses their life.