Columbia has 5 murals - with a big one on the way

Columbia currently boasts five large murals within its borders - one a work in progress - with the promise of a large-scale project on the way that will include community participation. 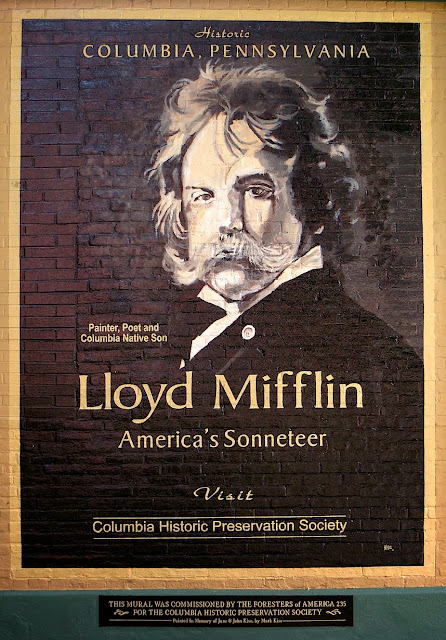 This painting of Columbia poet and painter Lloyd Mifflin was rendered by Columbia artist Mark Kise on the rear wall of the Foresters building facing, appropriately enough, the Columbia Historic Preservation Society. The mural was completed in 2014. 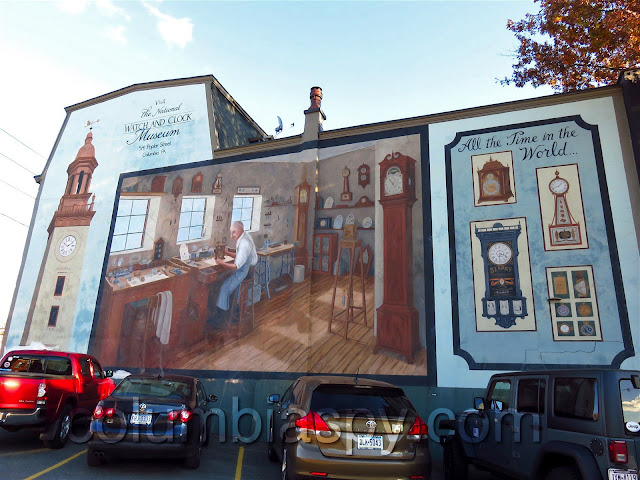 Many travelers along Route 462 have marveled at this wall-sized mural that Columbians know well. The painting was commissioned by the renowned National Association of Watch and Clock Collectors and was rendered by artist Marion Stephenson. 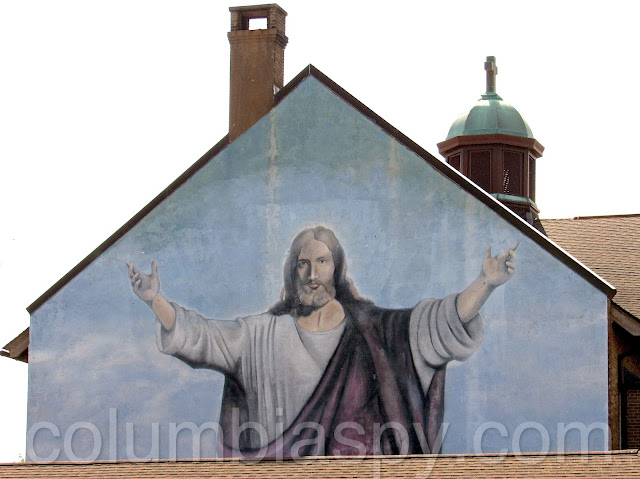 This giant mural was painted on the back wall of Our Lady of the Angels Catholic School at Fourth and Cherry. 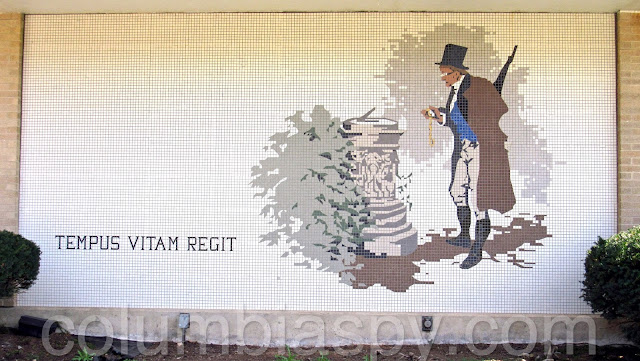 This mural, composed of thousands of small square tiles, is located on the north wall of the National Association of Watch and Clock Collectors at Fourth and Poplar. The association's motto,"Tempus Vitam Regit" (Time Rules Life) is symbolized by the presence of two timepieces; a sundial and a pocket watch. 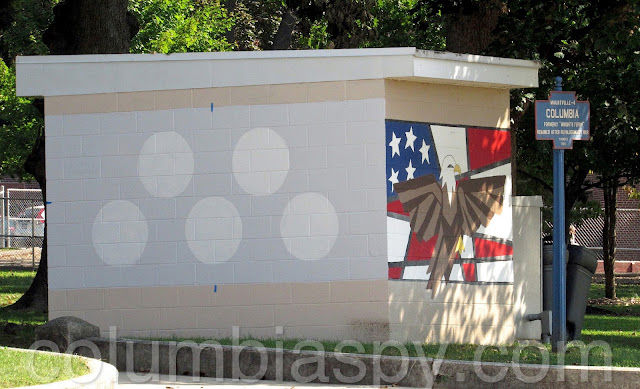 This work-in-progress at Locust Street Park is being rendered by Joanna Spicer, an art teacher at Our Lady of the Angels Catholic School. When the "wraparound" mural is completed, the five circles shown above will feature the insignia of the five main branches of the armed services of the military: Army, Navy, Air Force, Marine Corps, and Coast Guard. The backstory on this project is HERE. 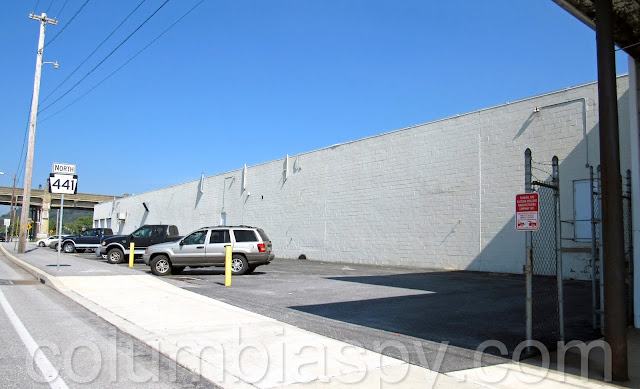 The Eastern Drillers building, shown above, will be the location of a large - and long - mural currently being planned by Philadelphia artist Cesar Viveros. The painting - or rather, paintings - will be rendered on a parachute-like cloth to be permanently installed to the wall. The mural will first be divided into grids (up to 100) within which sections will be traced and which members of the community will be invited to paint. The grids will then be installed to the wall.

The project is expected to be completed sometime in 2018.

This will bring millions of people into town. What is the cost?

The total project costs will be over $40,000. CEDC has set aside a portion of the funds and plans to raise the remaining funds through grants, individual donations, and corporate sponsorships. The organization will also be seeking donations of time, supplies and equipment.

What about their empty building across from Boro hall? That should be more important