Some more pics from around town... 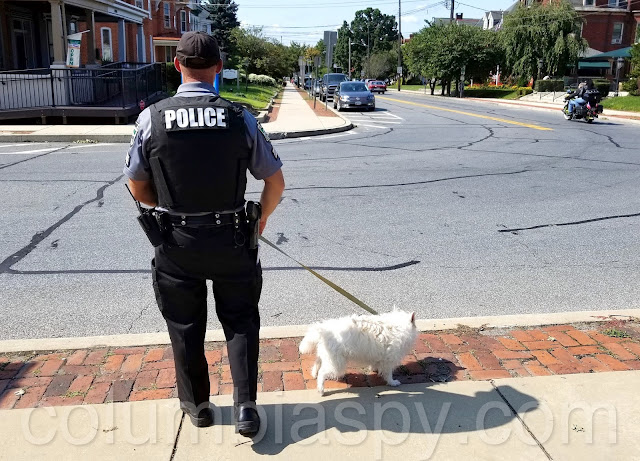 Two officers apprehended three dogs loitering at the clock plaza at 5th & Chestnut last week. Fortunately, the owner responded before the hapless canines were taken away. One person owned all three dogs. 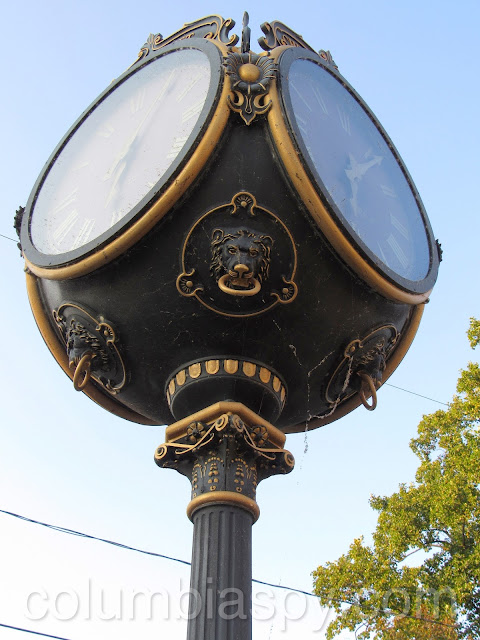 Speaking of the clock plaza at 5th & Chestnut, here's the clock.

It is called "Doc's Clock" and was paid for, and donated to the citizens of Columbia, by Dr. Stephen Perry and his wife Diane. 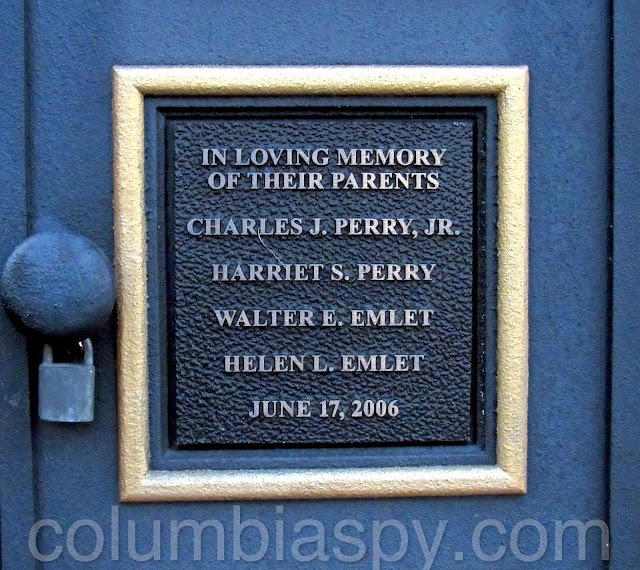 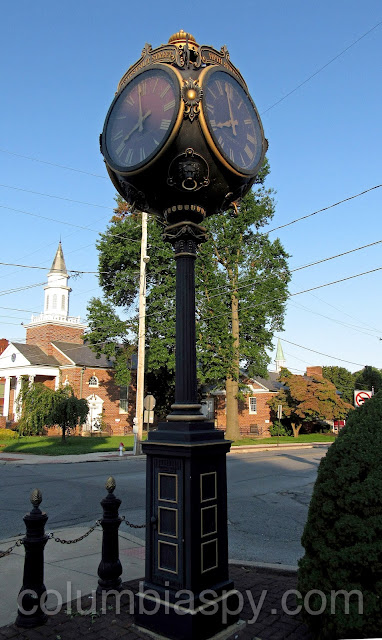 A councilperson tells Columbia Spy that the plaza, which includes a brick wall, was constructed by borough workers. 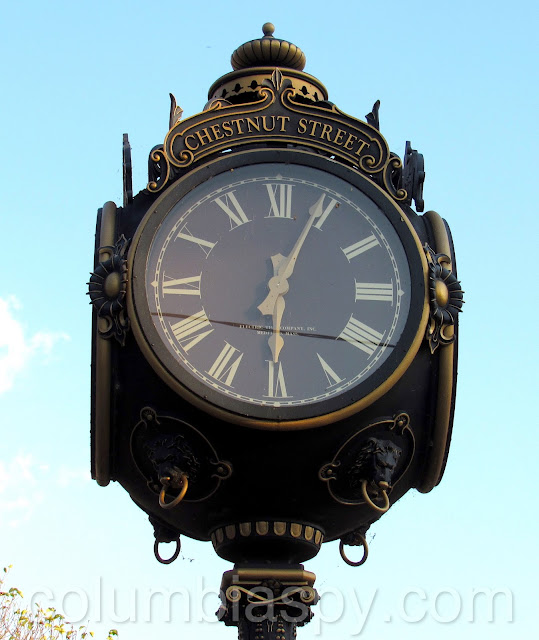 The clock was made by the Electric Time Company of Medfield, Massachusetts. 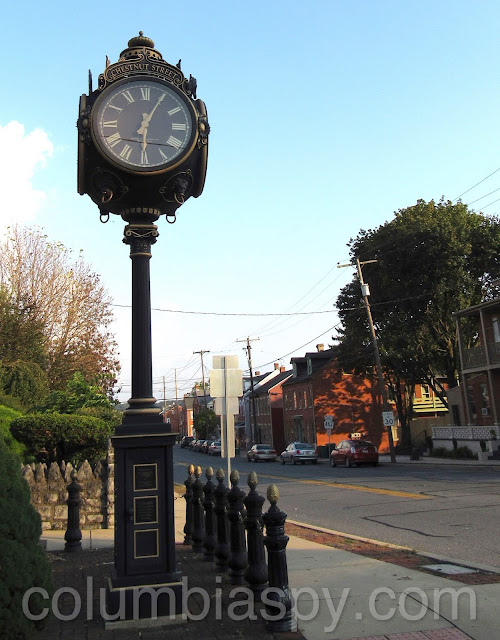 An urban legend holds that a former Columbia councilperson's dentures reside within the wall of the plaza.

It took over a week for the town to bounce back from a bad storm on September 5. Much damage was incurred, including downed utility wires (and, in some cases, poles), trees, and tree branches. 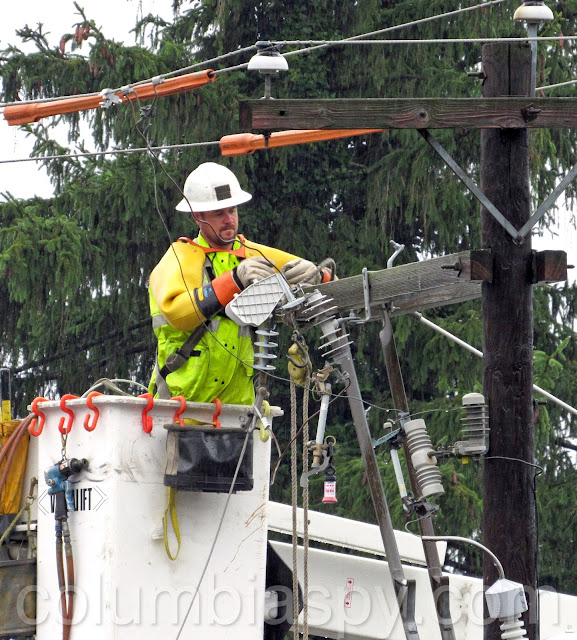 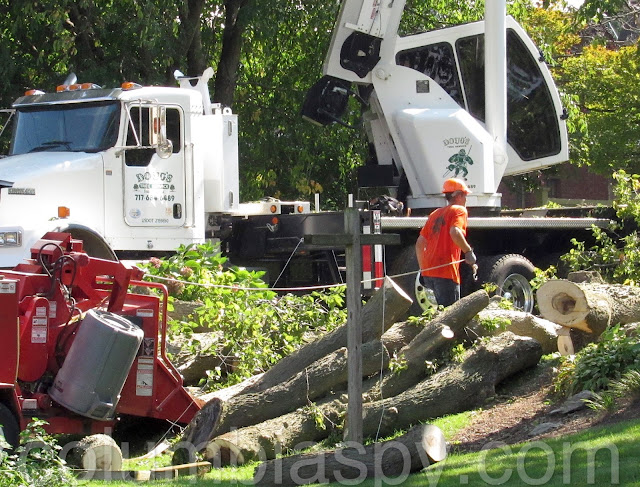 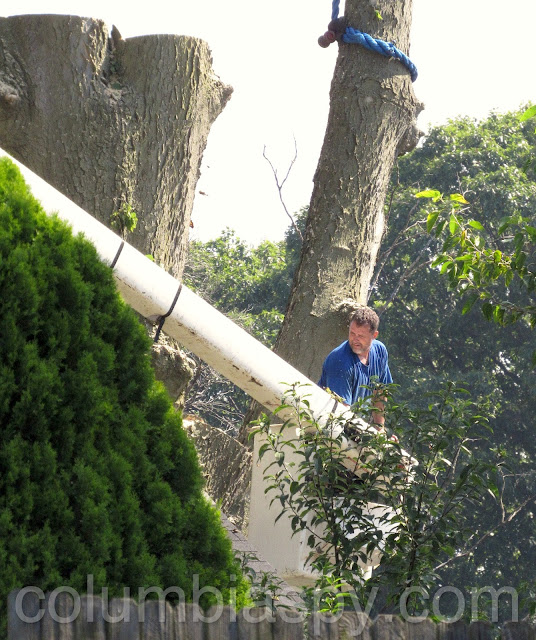 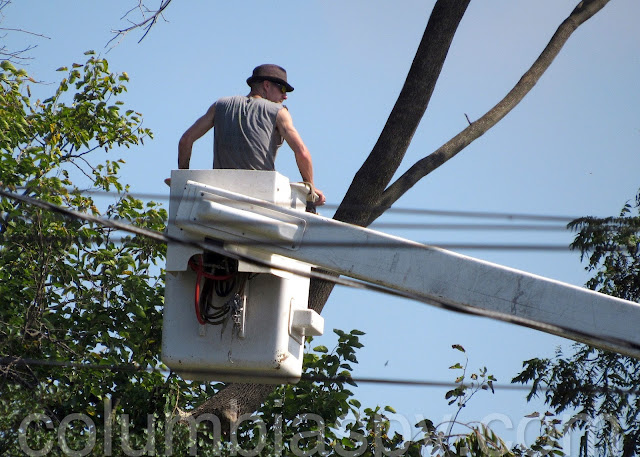 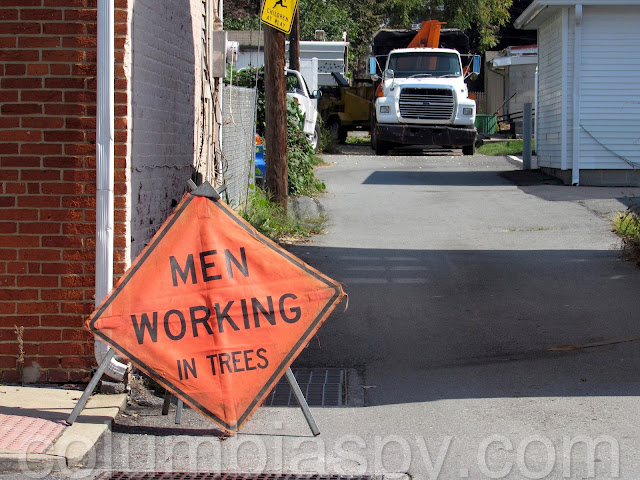 Here are some rims about town... 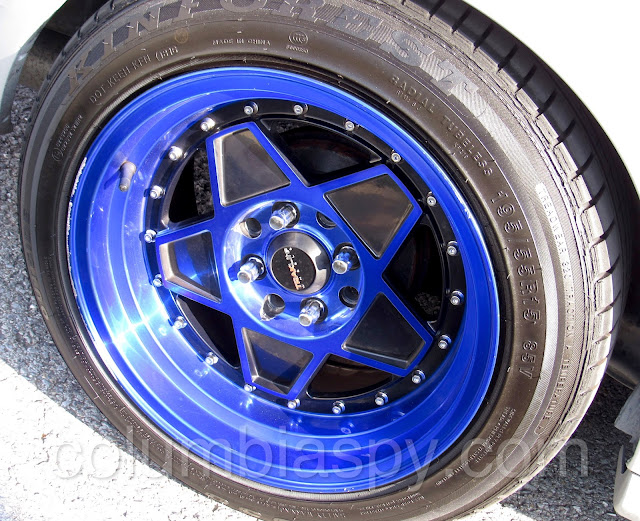 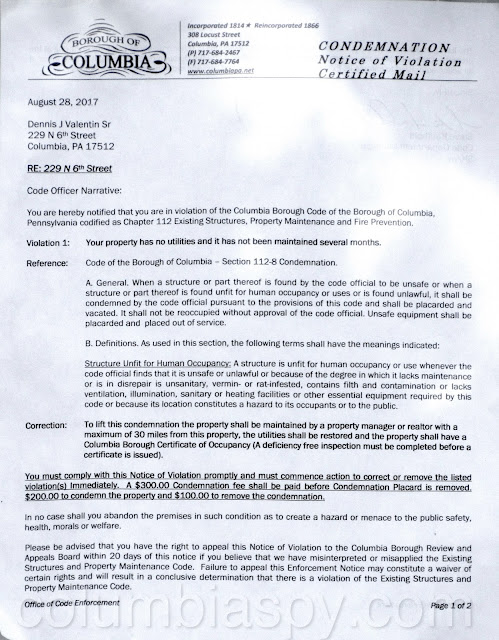 The codes department has cracked down on the owner of the overgrown, and apparently abandoned, property at 229 North 6th. It was recently condemned. 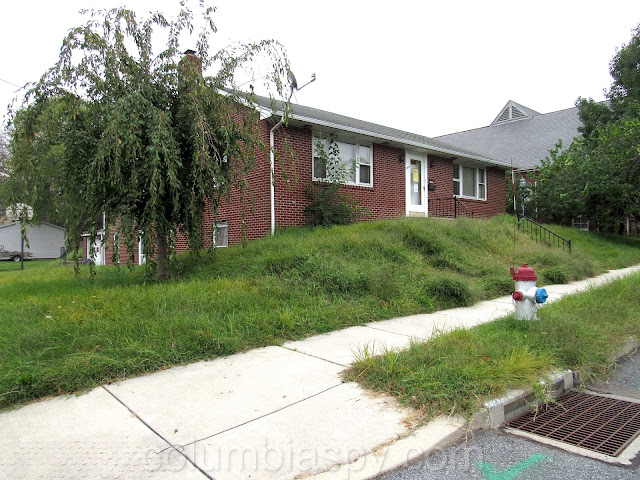 The grass still has not been mowed and shows several weeks of growth.

Are you telling me that our officers don't know that owning 3 dogs is an ordinance violation?

Looks like the code inspector needs to stay on top of it more if it's been like that for several weeks. What about fines for people that don't get their properties or pavements up to code. Some pavements are just stones or broken up and people could fall.

I believe it's a two dog limit.I know a few people with 3 or more.Time they follow codes in Columbia.

It's breaking a code. Yespecially, prosecute.

Some of you people want it both ways. You cheer at some codes, but complain at others.

Stupid nanny governments. Never understood why people want that. Go move to a subdivision with a HOA if you like being told what to do.

Its not something the police would deal with. It is a zoning regulation..police don't investigate zoning violations