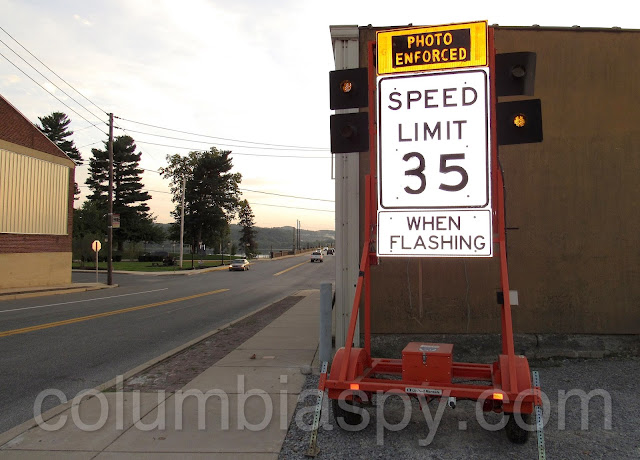 What appears to be a newly placed speed limit sign near the intersection of 2nd & Chestnut is really only a sign for sale at Tollbooth Antiques. We're told the cost of the solar-powered unit is $200.

However, Columbia Borough Council recently approved a nearly $16,000 purchase of traffic control equipment similar to what is shown below. 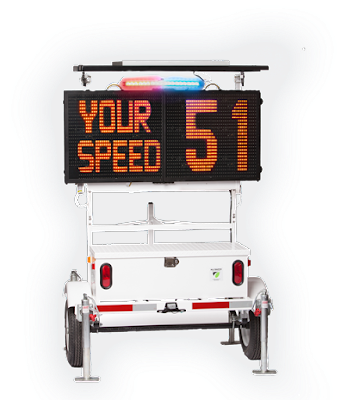 The equipment will be used in traffic control and traffic studies in the borough. Here are the invoices for the two units: 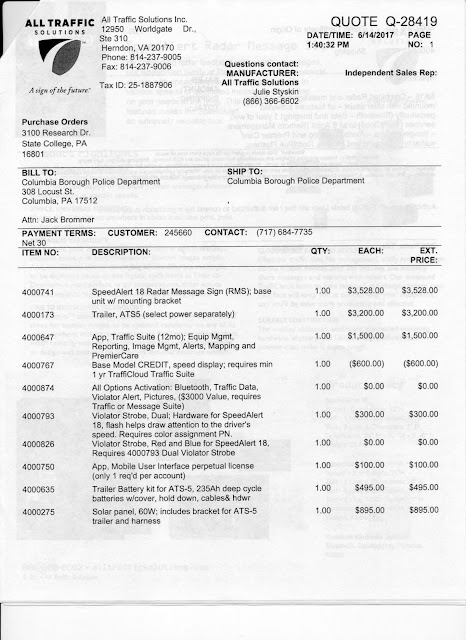 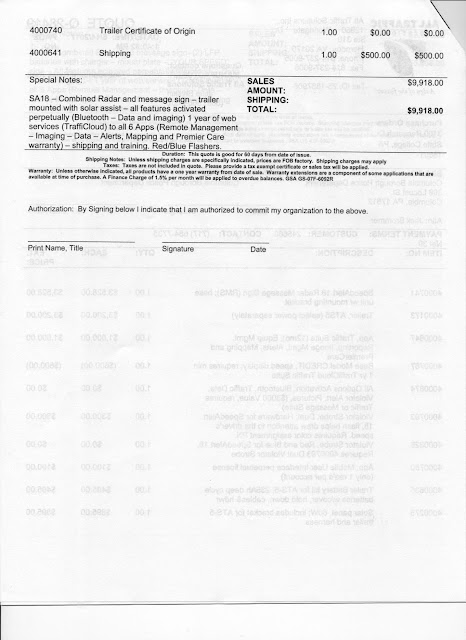 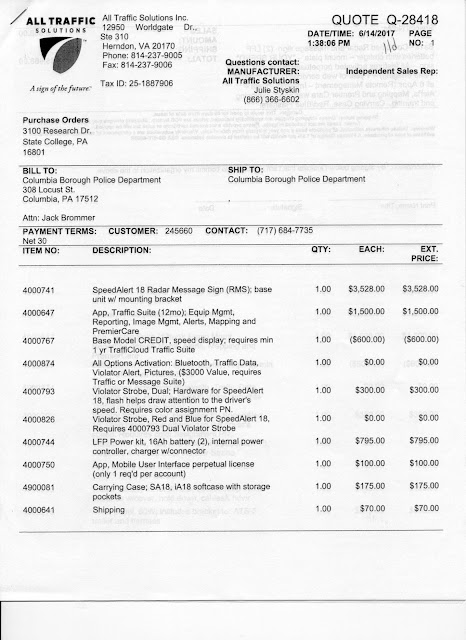 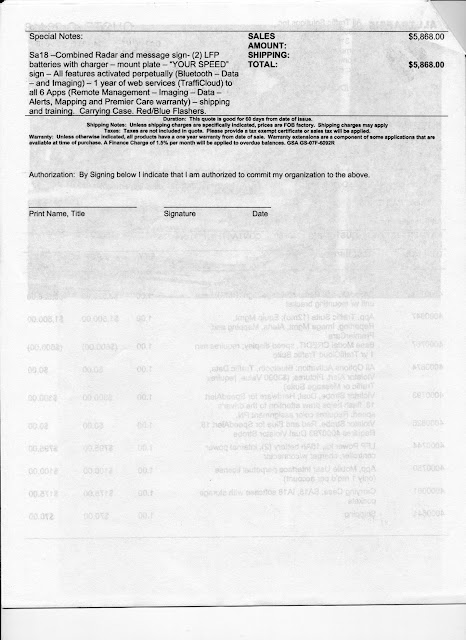 The equipment purchase was discussed at the July 19, 2017 Safety Committee meeting. The relevant minutes are shown here:

At the June 14, 2017 PSC meeting Chief Brommer noted that he had just secured two quotes for committee review, to support and forward to the proper committee (Finance) to consider the purchase of two units to help with traffic control and necessary current and upcoming traffic studies for the borough. Chair Novak noted that he would secure the emailed quotes and forward to the PSC review for discussion at the July 12, 2017 PSC meeting. It was noted that the two Borough owned devises were antiquated and that the battery packs were non-functional.

During the discussion of the PSC meeting on July 12, Chief Brommer noted that the existing” Boards” do not have the capabilities that the quoted units do because of the advanced technology in today’s units. Chief Brommer also noted that he had received an estimate for repair of the battery packs on the Borough’s existing units. Estimated repair was approx. $500.00 ($250.00 per unit). Chief Brommer also noted that the new technology has the capability to provide more and quicker data for improved traffic controls and improved traffic study data.

Citizen Doutrich questioned if the new units were capable of registering and displaying vehicle speed. Chief Brommer noted that the new unit had that capability, and so much more, enhanced with “blue-tooth”.

The two units in discussion were available through “All Traffic Solutions Inc.”:

It was noted that the benefit to the Borough would justify the cost.


The purchase was subsequently approved by council at its August 14 meeting.

Nothing stops speeders like seeing their speed! Hopefully they place them around the new bike trail where accidents are very likely.

Unbelievable ! These things show up at construction auctions all the time for between 100 and 500 dollars ! Wouldn't it make more sense to do an up grade to an old one ? Columbia should snatch that thing for $200. so that they have a back up if the new one breaks down !

Another BIG JOKE! We columbia tax people don't even own the bridge! It's a State road and Hempfield owns the bridge!!

I thought that was a high score board.

First...the bridge, if you want to called it "owned", is owned by the Pennsylvania Department of Transportation, not West Hempfield. Actually, the bridge encompasses three municipalities, Columbia, West Hempfield, and Wrightsville.

If the "big joke" you speak of is the sign facing traffic traveling toward the bridge, first, the sign is property of the antique shop and second, the sign should not be placed where it is as the Pennsylvania Vehicle Code prohibits the placements of signs and/or lights that confuse drivers or emulate an official traffic control device.

Thirdly, the damn bridge is falling apart ! and the sign should say "proceed with caution" !!, Just go down to commerce street and look at the chunks of concrete that are falling on to the parking area under the bridge !, and note all of the technical markings that the Bridge survey crew recently did as part of the study on the conditions. Drive across slowly and look at the many un-even concrete sidewalks and cracked up curbs ! When is this going to be a news story - after it collapses ?, or don't they want to admit it. This Bridge is FAILING ! Close it down and make it a bike trail.

What degree do you have?

We recently spoke with a representative of PennDOT's Engineering District 8 which includes Lancaster County. He said a major rehab of the Veterans Memorial Bridge will begin sometime around 2020, depending on funding and other factors. The project is expected to take 2-3 years for completion.

Oh no my bridge bust space is already reserved for 2020!

You don't need a degree to see that there is a problem with Chunks of concrete all over the parking areas under the bridge ! Maybe PA State or Columbia borough should be a bit more diligent and fence it off from pedestrians , and vehicles before someone gets a concussion ! There certainly appears to be a human safety issue under there. Or at least fix the part above the bike trail !, or put a sign up "danger - falling concrete" !!

Nasty Cracks Everywhere, does this mean the bridge will be closed for 2 to 3 years ? What about the bike races ??