Two trees vandalized - one by dog, one by person

Incident #1:
The tree shown below was damaged sometime within the last 24 hours on the 400 block of Locust Street. A witness, who was sweeping up the sidewalk, said a dog clawed and gnawed at the tree bark, causing the damage. The photos below show scratch marks and torn bark on the tree, and shavings of bark lying in the mulch. According to the witness, the dog was not tied to the tree. The animal reportedly belongs to new tenants in one of the apartments in the neighborhood. 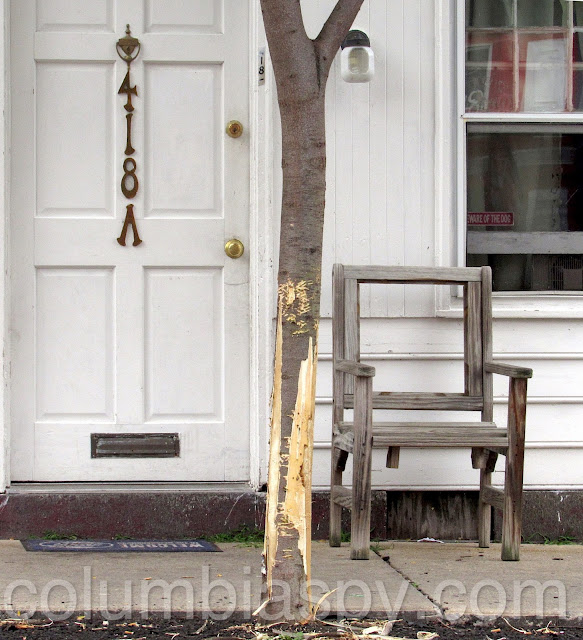 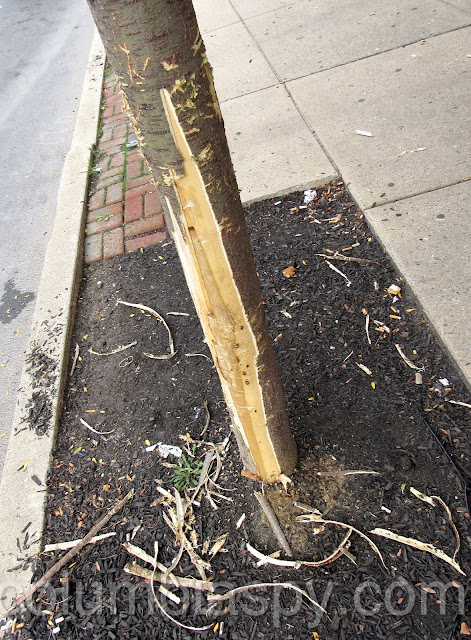 Incident #2:
The photos below show a broken tree in Locust Street Park. According to Facebook comments, the tree was probably damaged over the weekend. The close-up photos (#2 and 3) show that the tree was broken and then twisted, suggesting that it was intentionally damaged. 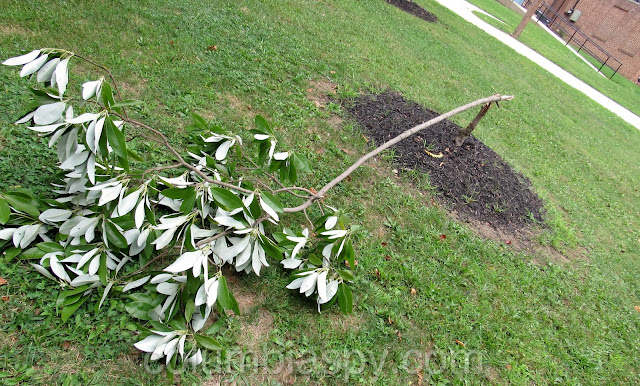 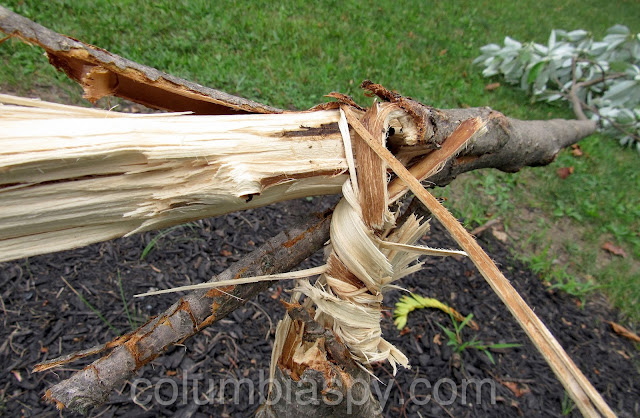 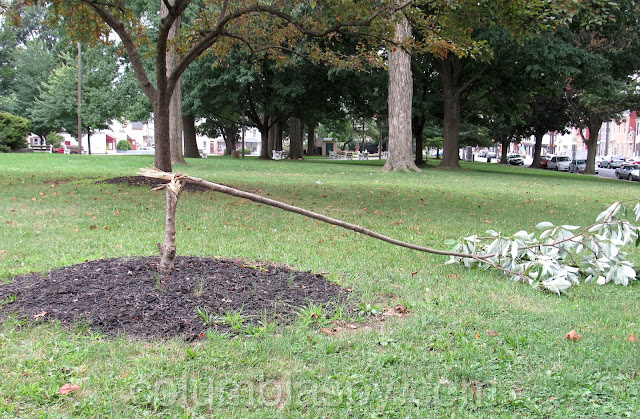 Both trees being damaged doesn't make sense. The one in the park was more than likely planted in memory of a loved one. Now that family has to be told their tree was destroyed by some ungrateful party. Hope they catch whoever did it and make them pay.

The dog must have rabies. The rabies virus travels to the brain by following the peripheral nerves. The disease can only be diagnosed after the start of symptoms.

Guy was standing on locust st w his dog Sunday morning at 10:30'ish. The dog was attacking the tree so we stopped and he immediately pulled the dog off the tree n went into the building shown. At that time the treee was not damaged so obviously they returned.

Rabies aside, that is a dangerously aggressive dog. Imagine a child's arm instead of the tree trunk, it would be amputated.

The landlords should be held accountable financially if they allow tenants to keep aggressive dogs on THEIR property. Like the dog on dog attack recently around Seventh Street.

Raise the borough rental license fee if there are going to be pets on properties. Increase it and fine the landlords based on police reports, as well as neighbor complaints, of dog issues. Maybe then the landlords will put a "No Pets" clause in the lease.

If that individual left his dog attack a tree, it goes to show the mentality of that person. Not too bright. Especially, if someone told him, and then let the dog continue, after the people passed. Should be arrested.

The dog warden should be contacted about that dog. Seems to be dangerous. If the address of the dog can be supplied I will contact him. Our police won't do anything

That dog knows how to bark !!

There are cameras on locust street if im correct! How about the borough reviews them? And i believe the park has cameras to? Take a few mins and review them!!

the Boro MUST prosecute BOTH the owner of the dog and hopefully they can find who damaged the tree in the park. Enough is enough. It's PAST time to get groups of Vigilantes out patrolling our streets. and the drugs deals are everywhere.

Maybe a small isolated tornado damaged the tree in the park and took the cameras at the park and on Locust Street with it. (Sarcasism intended)

Right you are, the cameras had to catch this act. We paid for the cameras so let's see some footage.

I say seize the dog. Either this dog's needs are not being met or else it is just a dangerous dog. Either way it should be evaluated by a veterinarian.

Don't wait until there's another incident like the one in Lancaster city where two innocent children were left severely injured.

I think the dog ate the owners drugs, maybe LSD

The question is, what's been done?

The Park does have a camera about 30 yards from this tree and so does the Library.

Prob. Nothing the police need your help to figure out who is doing the crime in columbia!! Starting next week columbia will be accepting applications for police that want to stop crime!!

Does that mean the few rotten apples on the force moved on?

just put cages around all the trees

first off the picture shows the address of the person and the dog 418 LOCUST ST. Second off, the dog MUST be dangerous. The owner IS an ignorant, irresponsible jack a-- and MUST be prosecuted to the fullest extent of the law. third the cameras are worthless. what crimes have they caught???? fourth. time to consolidte. the boro has what 18 FULL TIME POLICE OFFICERS plus how many PART TIME?????? the hard working middle class can NOT carry this load NOR the school load anymore. Let's pay state police instead. it's a real shame theres NOT great outstanding leadership at either. quit whining. and NO more cars. only 2 or 3 at the most officers work at any given time...its outrageous and ludacris to keep purchasing new vehicles. people of Columbia....WAKE THE HELL UP

The building shown is my apartment my dogs are little...the dog is the neighbors...

Again apartment is mine, dog that did this is the neighbors...I have chihuahuas,not reaching that high...