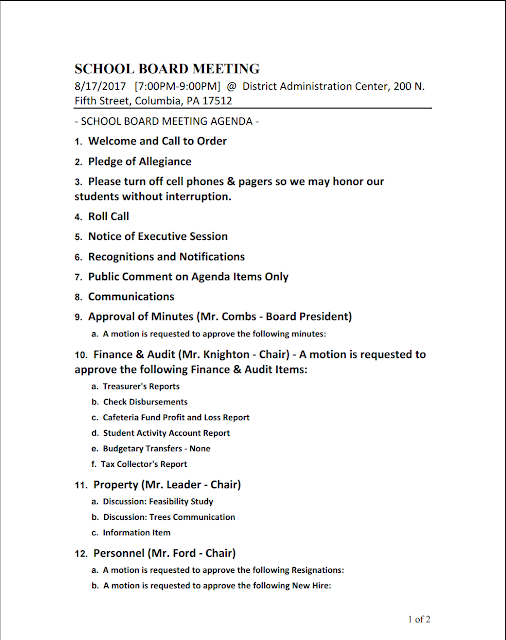 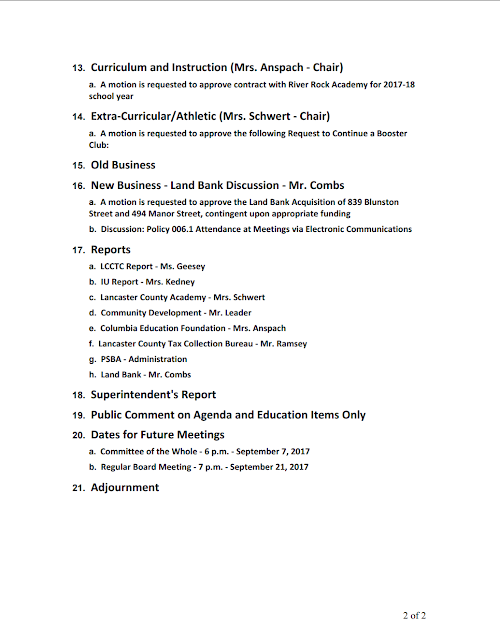 CLOSE THE SCHOOLS. CONSOLIDATE. END OUTRAGEOUS TAXES. TOO MANY OF US ARE LOSING OUR HOMES EVERY DAY. OPEN YOUR EYES.

Why do people thing consolidation will lower our tax bill? I doubt very much it will. If we were to consolidate, whichever school district that absorbs us will pass along their costs to us. Hempfield, Donegal, Penn Manor, etc, are not in great financial shape either. Consolidation is not the answer to lower the tax bill, tax reform is the answer.

Its funny with the reserve balance as low as it is that we're not hearing how they plan on keeping the school district operating next year. They only have $250,000 left in savings. They took $400,000 out of savings this year to balance the budget. And the costs will be higher next year with the higher pension contribution & higher salaries. Am I the only one that sees the end is here.

CLOSE the SCHOOLS.....TAX the renters.....the middle working class ARE the ones who PAY to educate ALL the renters children

Tax reform doesn't do anything to lower the costs of education. It just derives taxes in another way. Getting rid of a Lot of superintendents & administrative staff & buildings which is what consolidation would do, is lowering the cost of education. Which in turn lowers taxes.

We pay the highest tax in the county. Graduating students who can't figure change from a dollar! And for only 75 graduates last year?? Consolidate with West Hempfield and eliminate the extremely high paid administration!

agreed. there are WAY TOO MANY making $100,000. or more PER YEAR. Hell, back in the day there was ONLY 1 PRONCIPAL FOR ALL THE SCHOOLS. there is absolutely NO reason why there are TOOOO many supervisors, asst directors, etc for a school district this damn small. remove the school board, close the schools. remove 600 hundred or more of the rental proerties. tax the renters. eliminate school taxes.

The administration at Columbia is lowest pain in the state. There are many principals who were making far more than our superintendent. And the rub is that no matter the size of the school there are certain operational costs that are required to be compliant with state and federal regulations. In other words, just because the district is smaller doesn't necessarily mean less work. The issue has been that we cannot keep our competent administrators because they either leave for better pay ( and when trying to provide for themselves and their families who can blame them) or they are run out of the district for trying to make changes. Currently I believe we have a strong set of principals in the district but history suggests that soon they will grow tired of the constant battles and move on to opportunities that are either less cumbersome, more lucrative or both.

Sounds like somebody in school administration trying to justify this ridiculous waste of taxpayer money. Bloated businesses with too much cream at the top fail. These school systems are worst case. Plenty of other states run a much more efficient education system with better results for the kids & Deffinitely lower taxes for the tax payer.