Emergency crews were called to the northern section of Bank Avenue Saturday afternoon for a report of bricks falling from the side of a building. Several broken bricks were found on the roadway near the intersection of Bank Avenue and Locust Street.  According to witnesses, the bricks were dislodged when lightning struck the building during a storm that passed through that afternoon. The side of the building has several missing bricks and a partial veneer of concrete near the top, which may have been applied to secure loose bricks.

That section of Bank Avenue has now been closed. The building - at 131 Locust Street - is home to Art Printing Co, Inc., which recently acquired it. 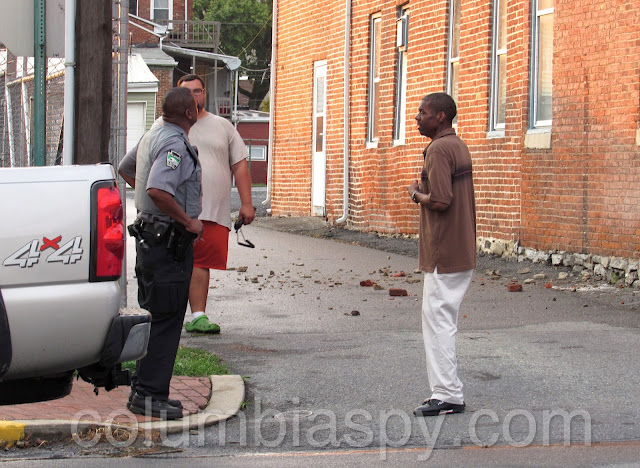 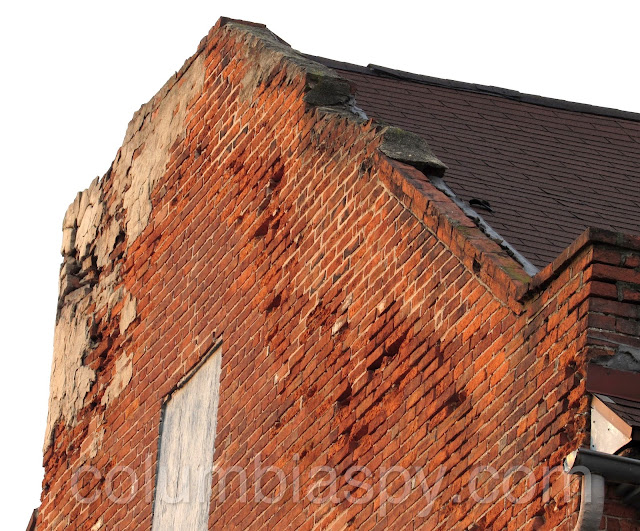 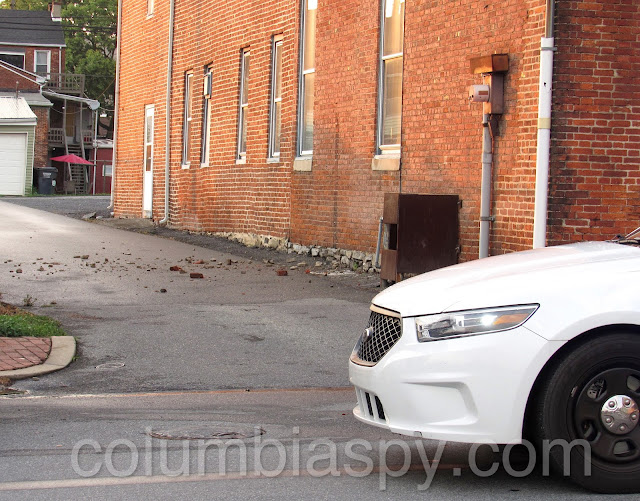 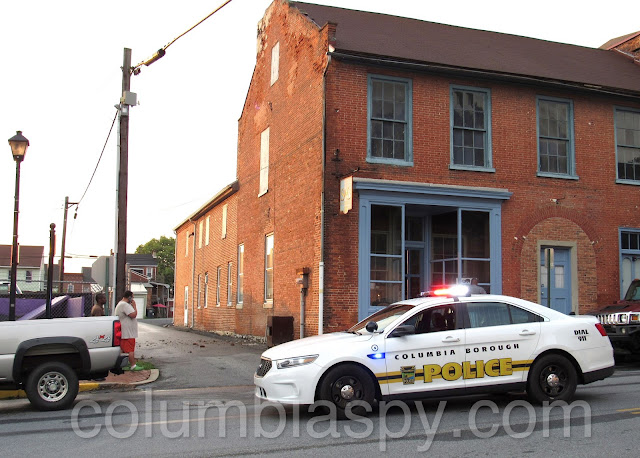 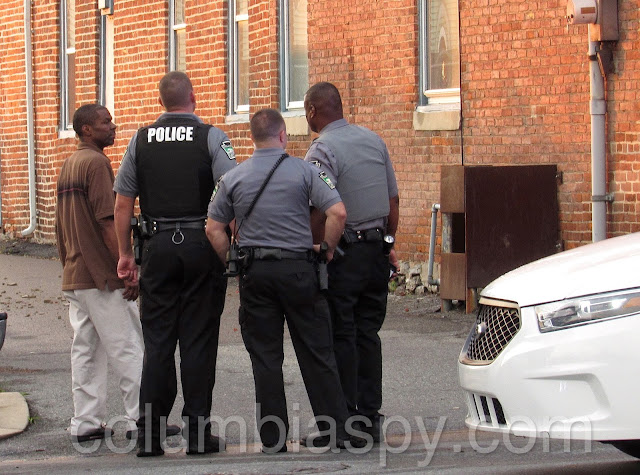 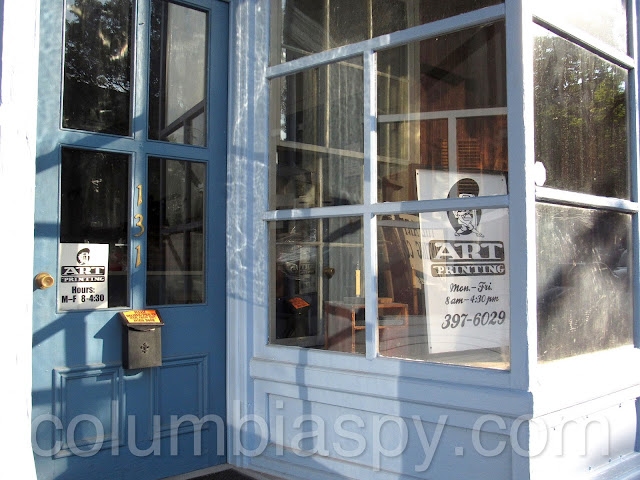 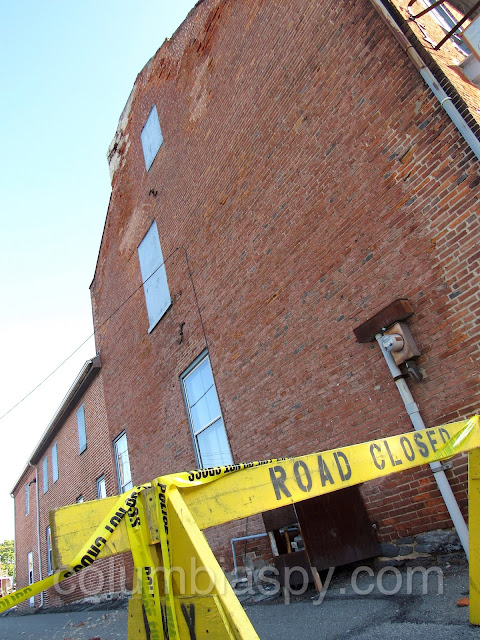 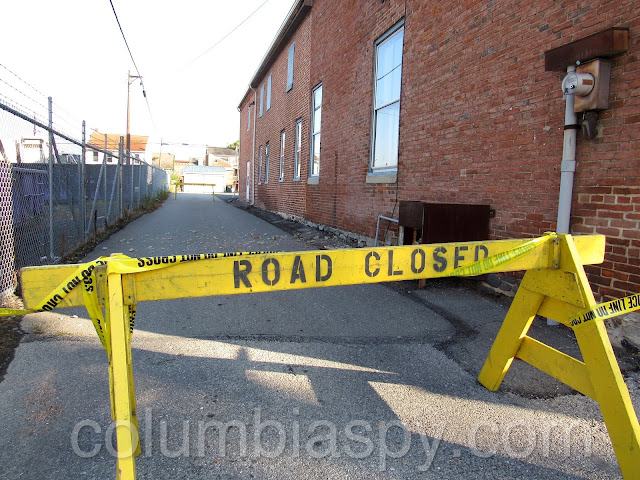 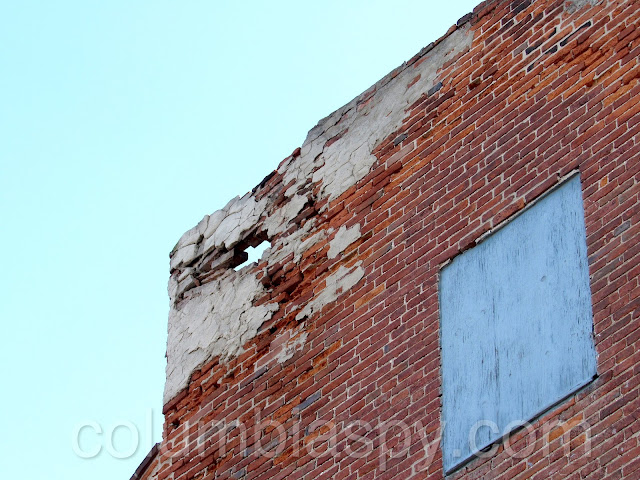 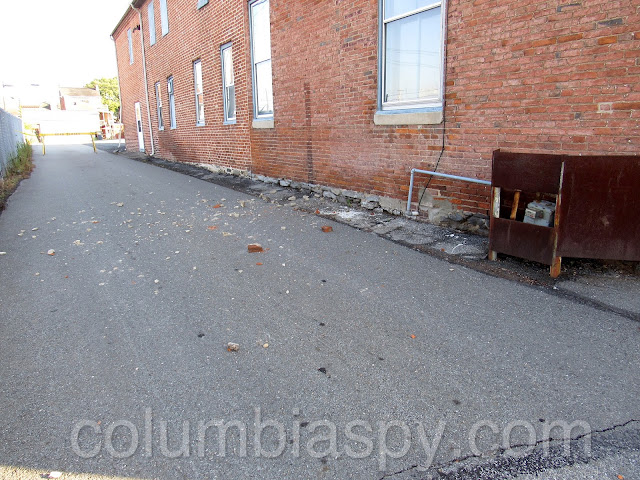 Building was hit by lightning, causing the bricks to fall. But by the looks of it, it would be falling soon anyway.
How is this code compliant? half the bricks are decaying and looks like the rest of that side could come down at anytime.

Welcome to the Downtown Historic District.
It's not easy unless your a slumlord.