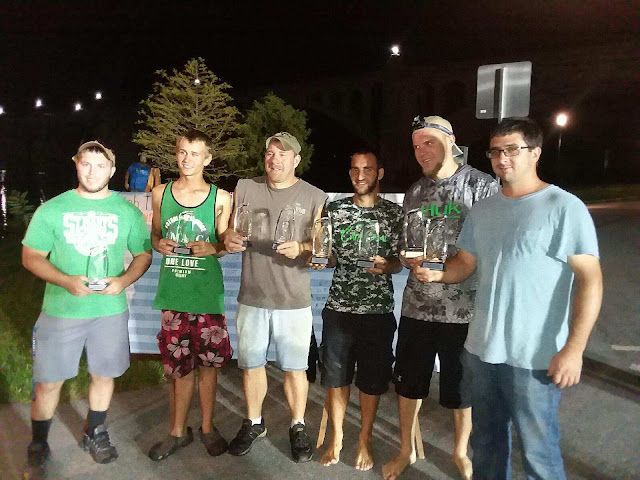 Columbia's first annual "Catch the Fat Cat" catfishing tournament was "a great day for Columbia," according to organizer Chris Vera. 22 boaters and 11 shore fishermen launched from Columbia River Park Saturday afternoon in search of the big one, following a send-off from Vera.

A 38-pound whopper was the linker winner, with a 35-pounder to follow. Team Benedict and Shultz caught the big one. "There was a nice crowd for weigh-ins," Vera said. He added that boaters were pleased and will be returning for next year's tournament.

The prizes were as follows: 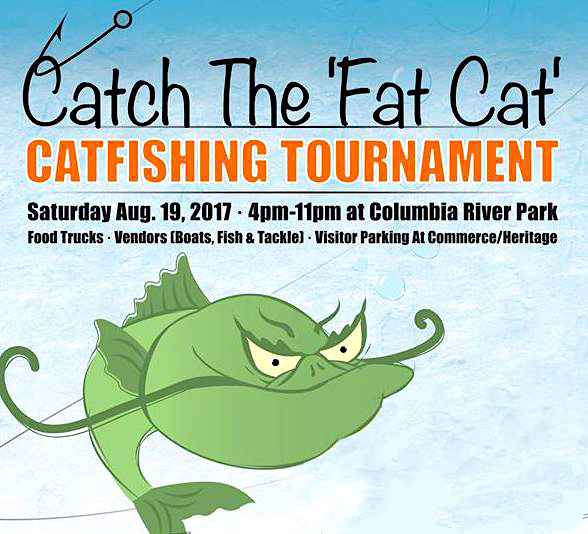 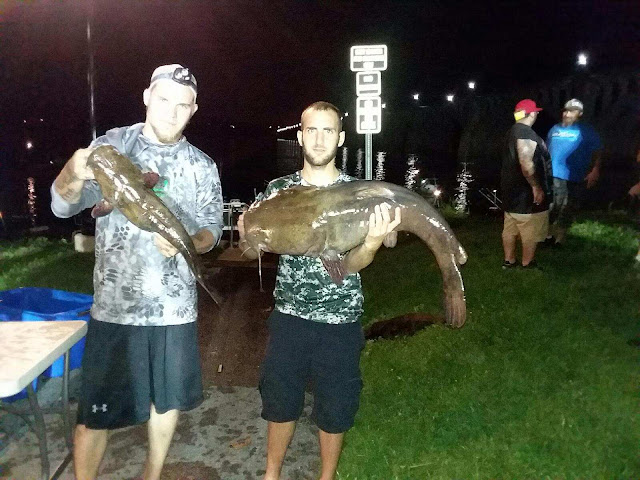 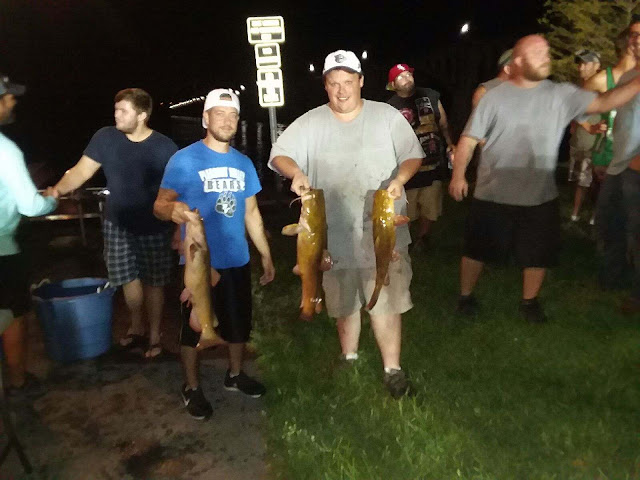 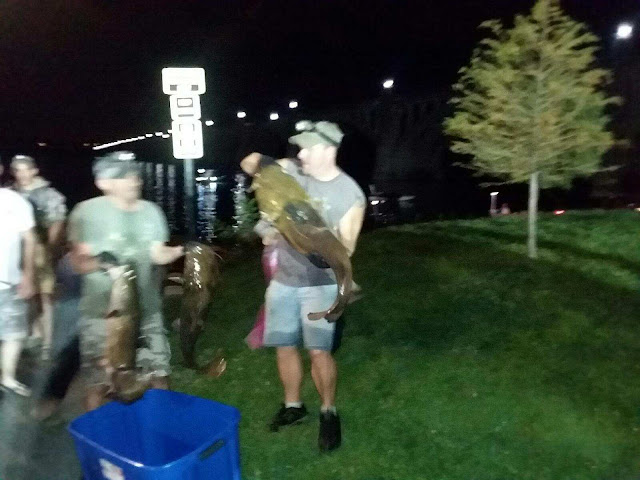 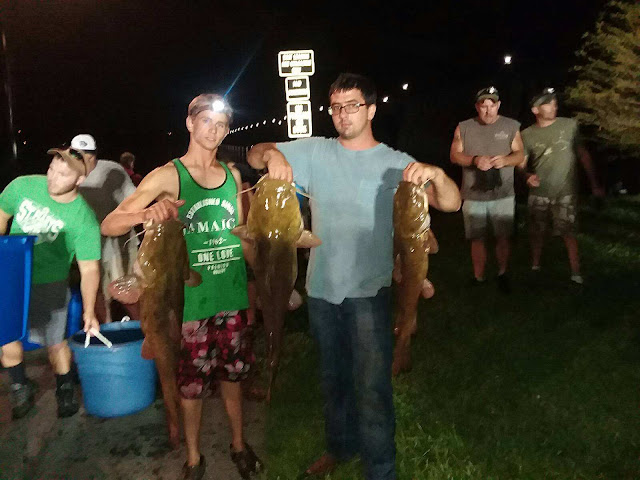 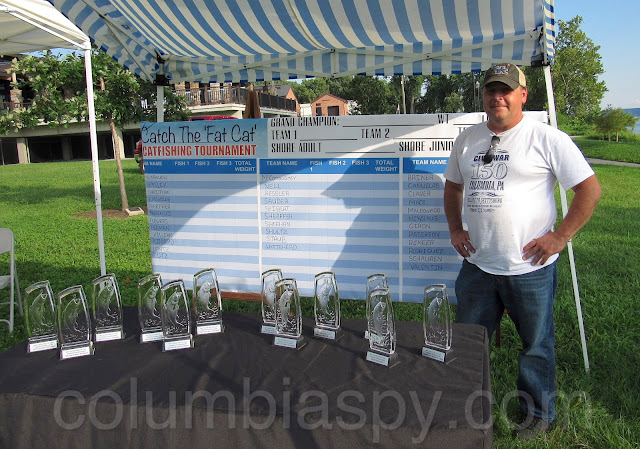 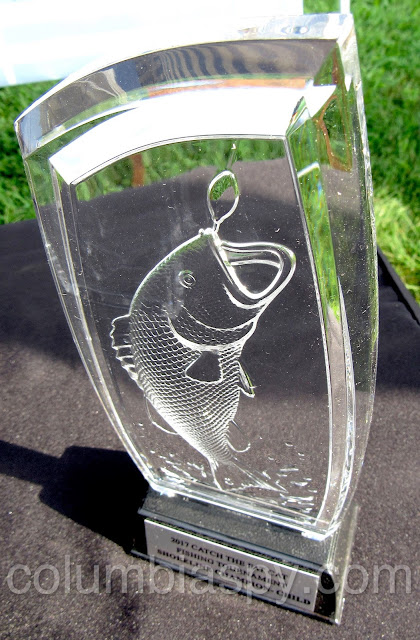 A close-up of a tournament trophy

Chris always has successful events he is great asset for the town. It is a true shame that he was not given consideration to run the market, he wasn't even given the appropriate amount of time to present his plan to Council. He has phenomenal visions for the town and they extend beyond antiques and arts.

congrats Chris on ANOTHER awesome event!!!!!! you rock :)

Thanks Chris, you're doing more to help this town than the people being paid to improve it.