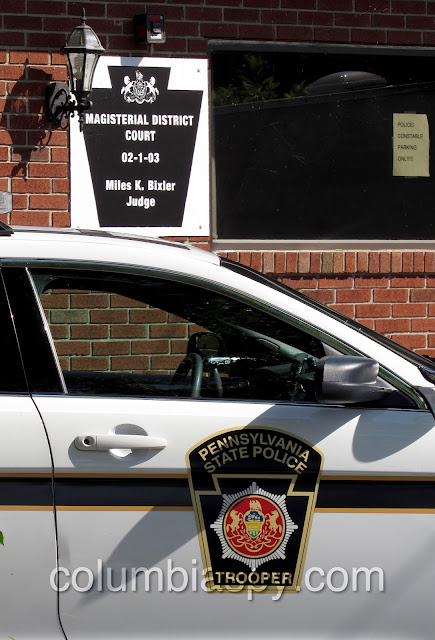 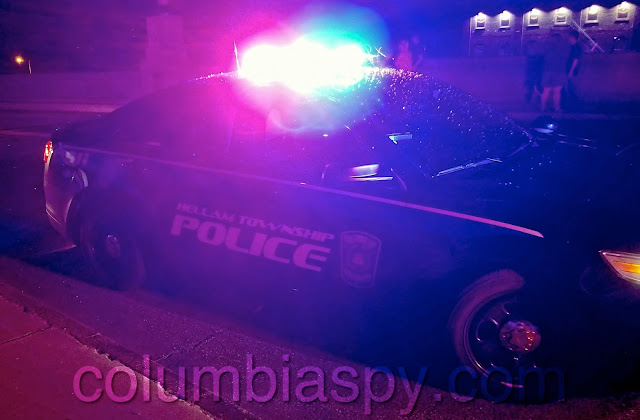 During Wrightsville's fireworks display on July 4, Wrightsville and Hellam Township Police pursued a vehicle across the Veterans Memorial bridge. The vehicle pulled over on the Columbia side of the bridge near Rotary Park. When Columbia Spy arrived on the scene, police were handcuffing the driver of the vehicle, who was then led away and placed in a police car. A partially empty liquor bottle was sitting atop the vehicle, presumably placed there by the driver or police.

A visibly upset female was sitting in the passenger seat, and police were attempting to talk to her. Unfortunately, the crowd on the sidewalk (and in Rotary Park) was a bit unruly and shouted and jeered at police. One of the officers asked the crowd to be calm, because he was trying to communicate with the female passenger. At 9:45 p.m., the situation still had not been totally resolved. 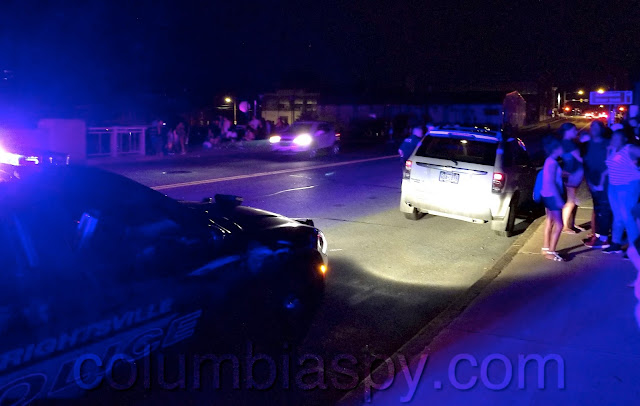 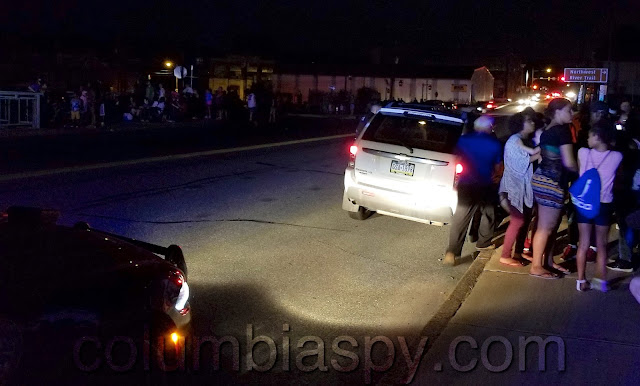 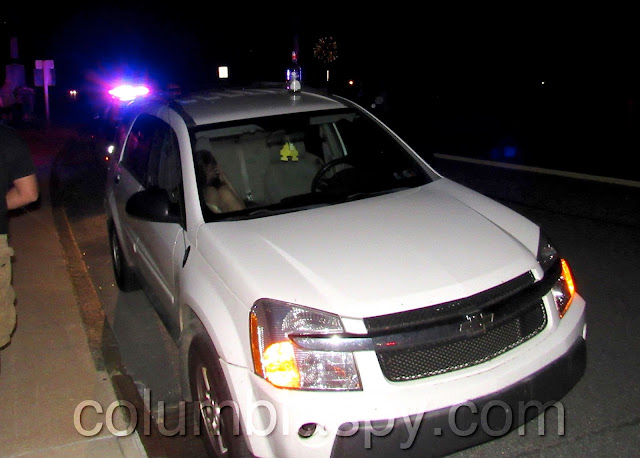 Note the bottle on top of the vehicle. 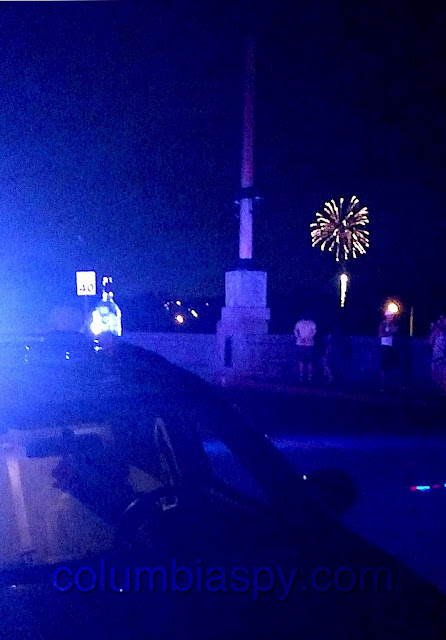 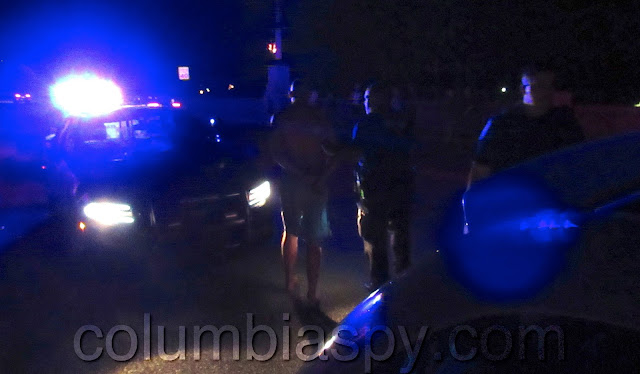 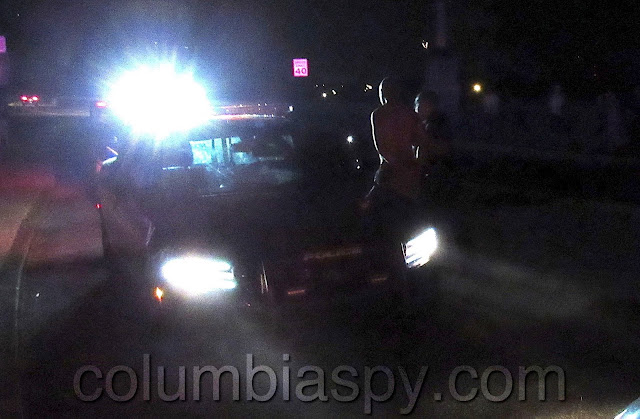 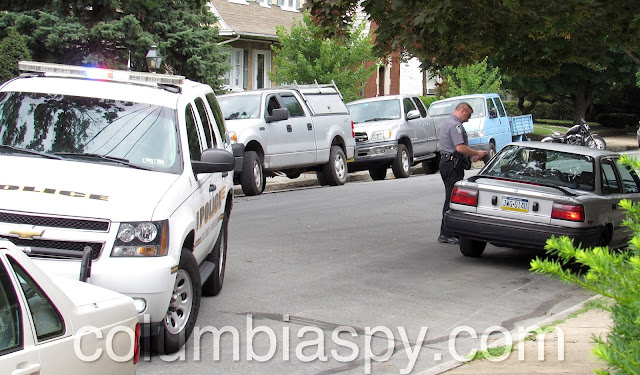 Chief Brommer cites a driver going the wrong way on the 500 block of Chestnut, which is one-way.

An altercation involving occupants of two vehicles occurred Sunday evening, July 2, at the Weis Markets parking lot along Columbia Avenue. According to a witness, a road rage incident began on Route 30 between a vehicle occupied by two men, children, and a female driver - and another vehicle occupied only by a male driver.

It is unclear what sparked the road rage, but both vehicles pulled into the parking lot, and occupants of both vehicles jumped out, exchanged words, and began fighting. During the fight, the driver of the first vehicle was punched in the face and put into a "choke hold" by the men in the second vehicle. The driver's wife, who had been following in a separate vehicle, stopped to help but was punched in the head by one of the two men.

Columbia Police quickly responded, followed by West Hempfield, who had jurisdiction. Reportedly, West Hempfield Police said they would either charge everyone or no one, since they had not witnessed the fight and there were conflicting accounts. Bystanders had been recording the incident with cellphones.

Arrest someone who was put in a chokehold and attacked by two people!
Then the thugs punch his wife!!

Why did the cops keep their lights on blinding spectators trying to watch fireworks. Assailed police