About 100 opponents of the Atlantic Sunrise Pipeline project gathered for an evening vigil at an outdoor chapel in West Hempfield on Sunday. Nuns from the Adorers of the Blood of Christ, who oppose the Williams Company's plan to route the pipeline through their land, led the gathering through speeches, music, and prayer. Members of Lancaster Against Pipelines were also present to show support for the nuns' stance.

According to today's LNP: "Transcontinental Gas Pipe Line Co. took the nuns to court on Monday for an injunction granting them the right to seize the land via eminent domain. The nuns, who oppose the pipeline, have filed a counter injunction to block the seizure." 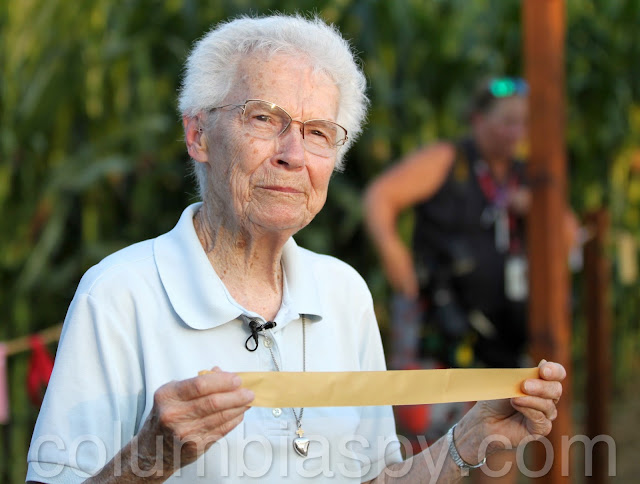 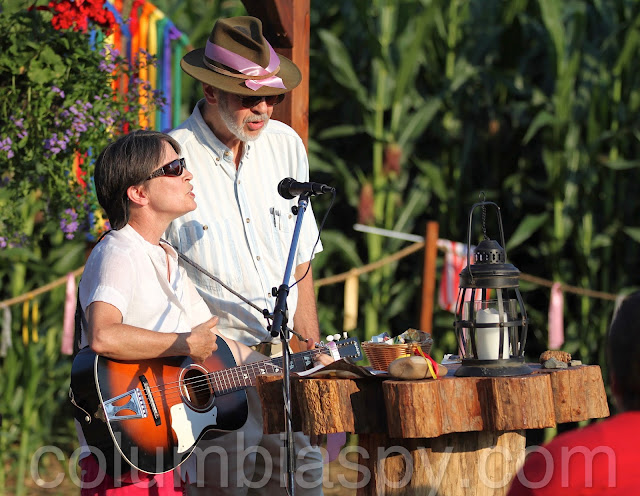 Ann Sensenig and husband Daniel Erdman performed at the vigil. 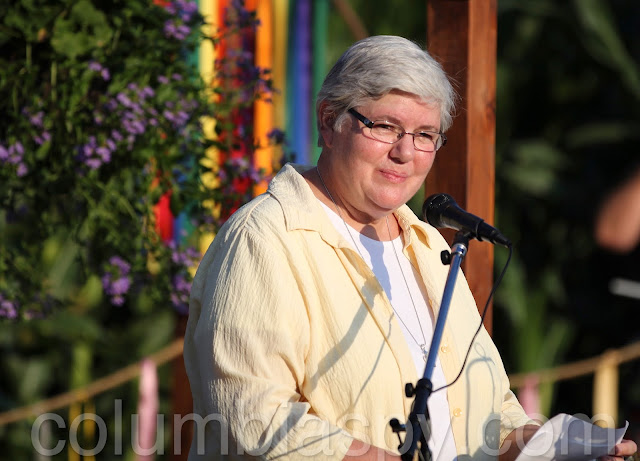 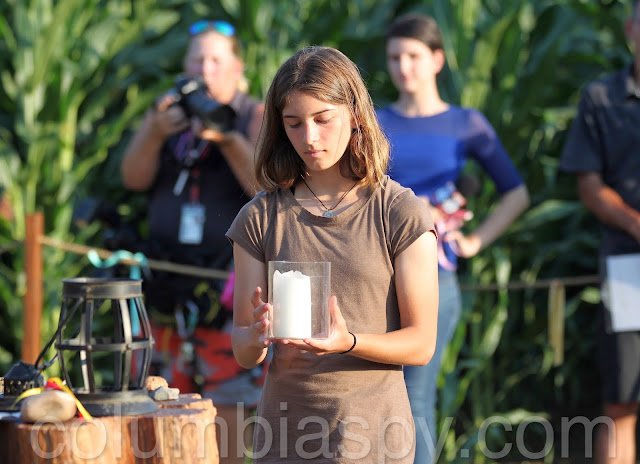 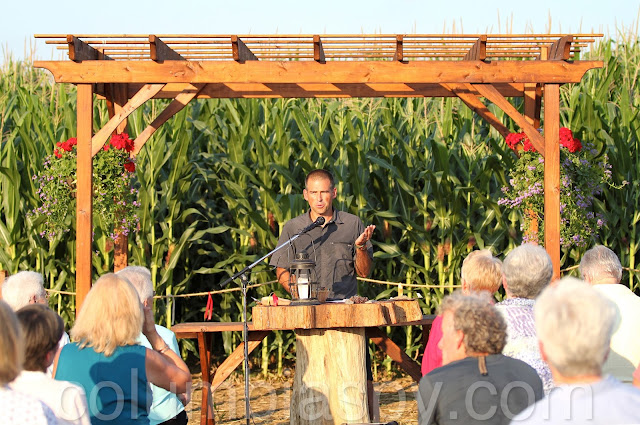 Mark Clatterbuck of Lancaster Against Pipelines spoke at the vigil. 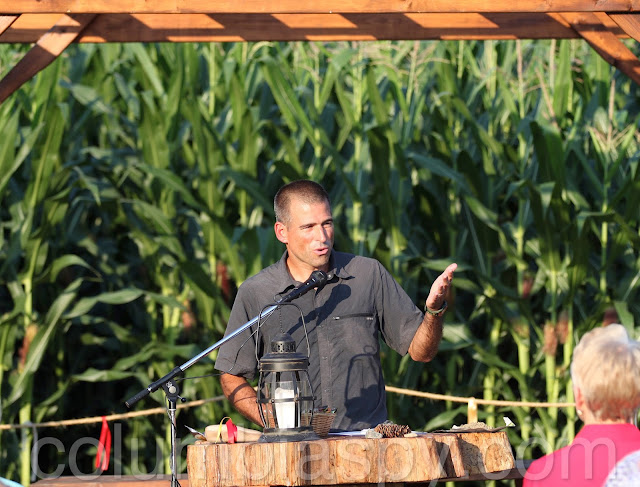 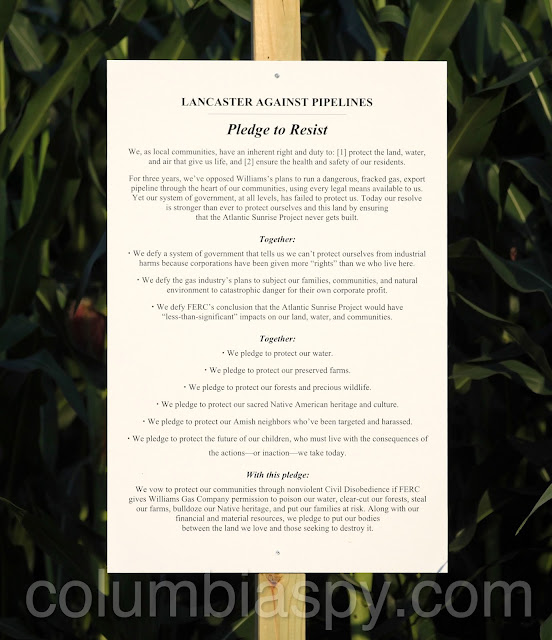 The group's pledge of resistance. 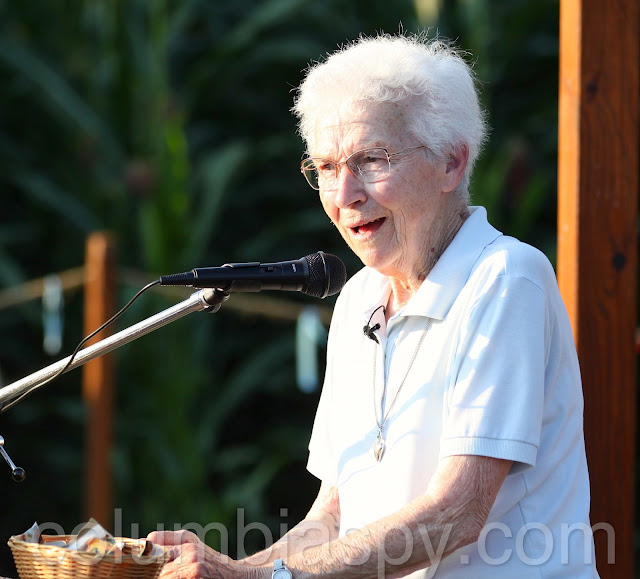 Sister Mary Ellen Wurth spoke to the crowd.
The 87-year-old said she caught a ride to make the 800-mile trip to Columbia from the Ruma, Illinois chapter of the Adorers of the Blood of Christ. 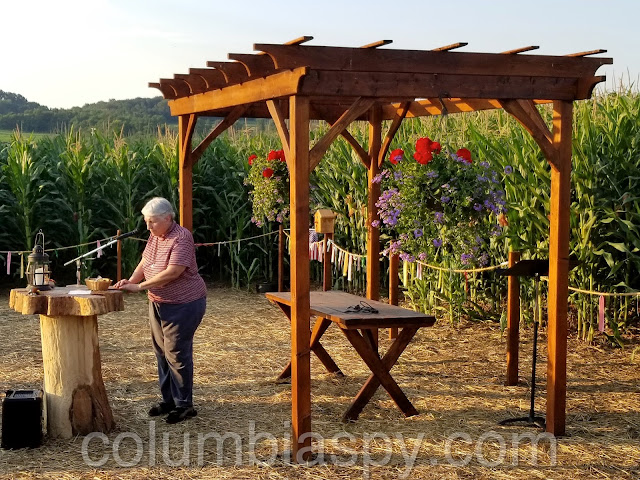 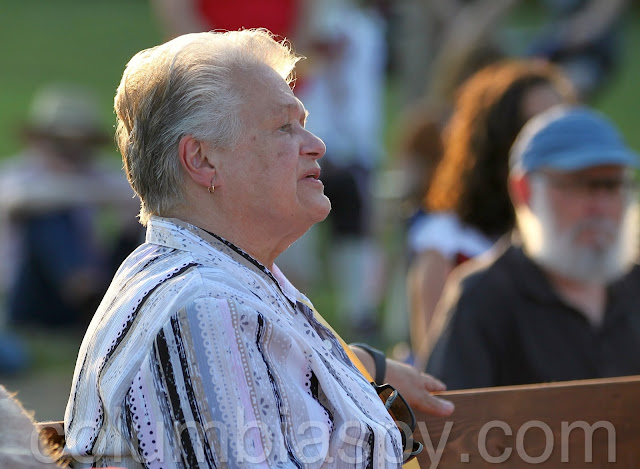 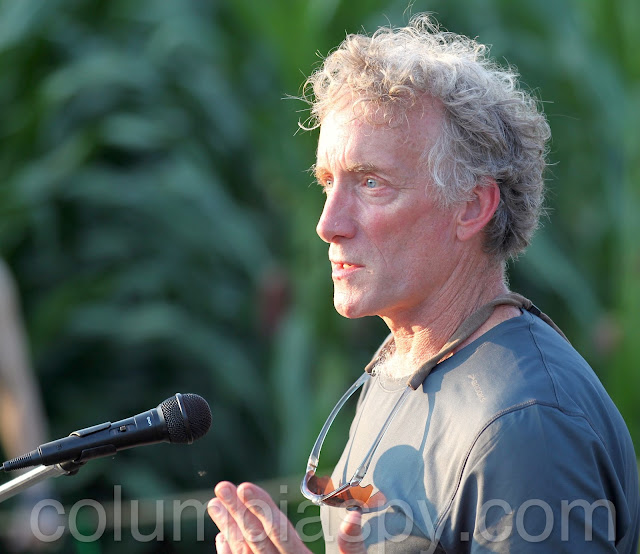 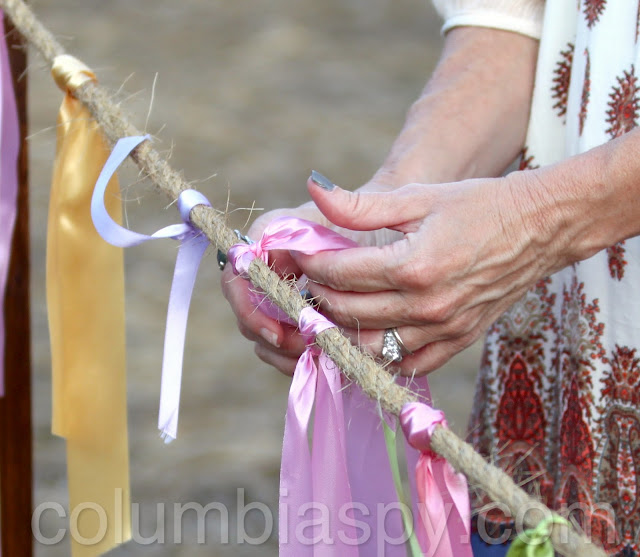 To conclude the ceremony, attendees attached ribbons to the rope around the chapel grounds. 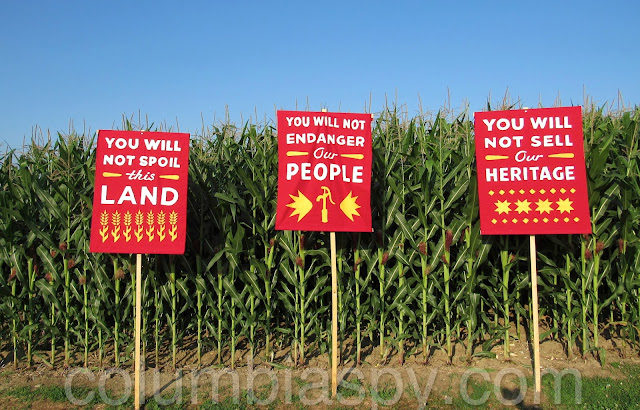 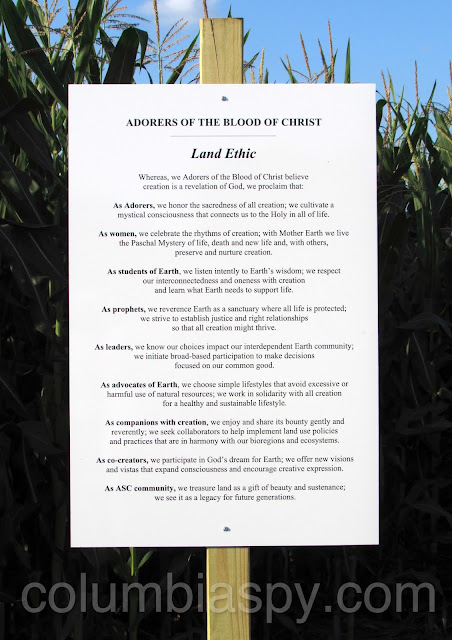 Land Ethic of the Adorers of the Blood of Christ 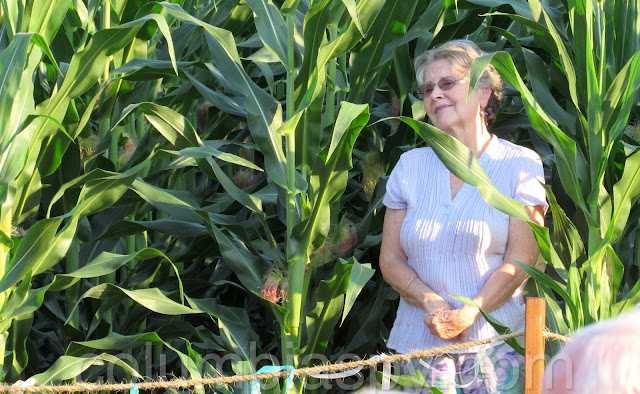