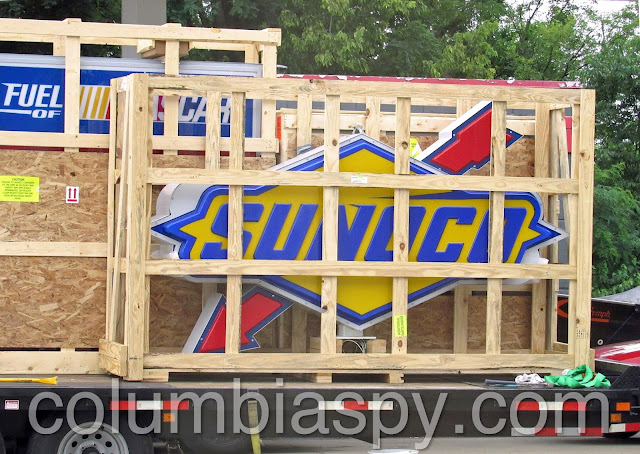 Several new signs were mounted yesterday and today (July 5 & 6) at the former Exxon gas station at 15th Street and Route 462 - and the existing Sunoco station beside it. The project is a first stage in expanding the Sunoco station. 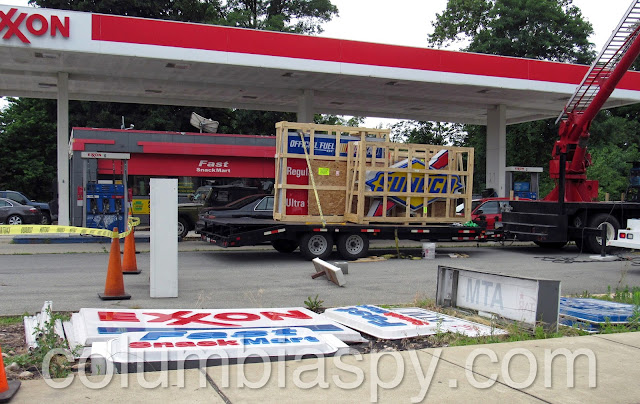 The Exxon station, which also housed a "snack mart" and ATM, shut down a few years ago. Its signs were removed yesterday. 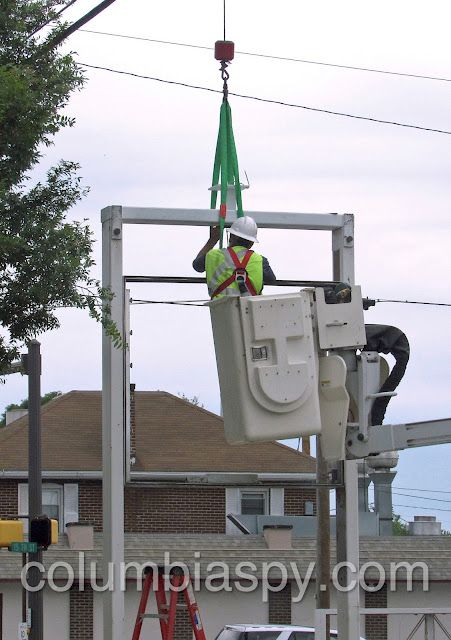 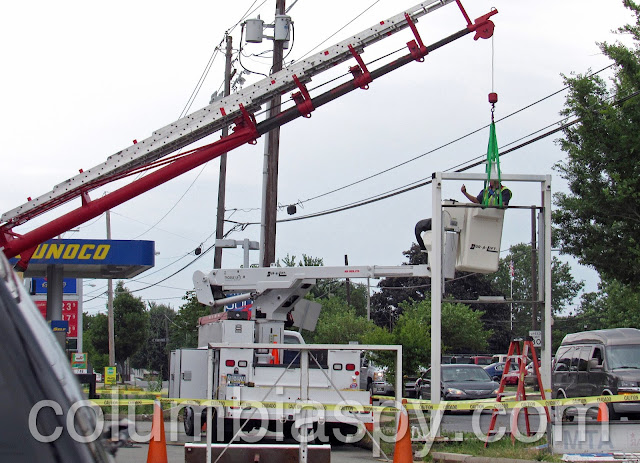 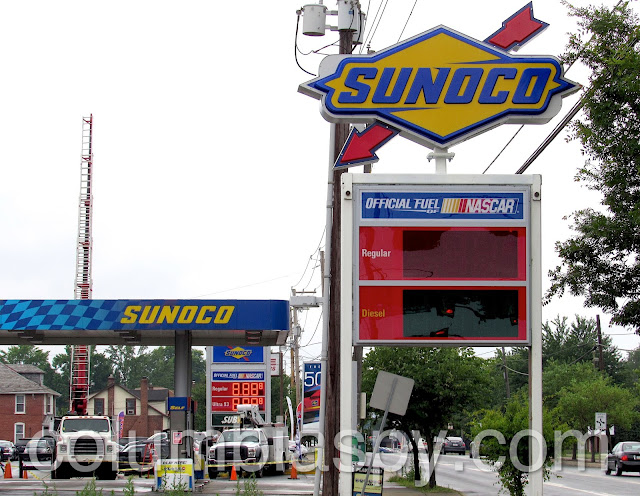 Today, a new Sunoco sign was installed inside the frame. 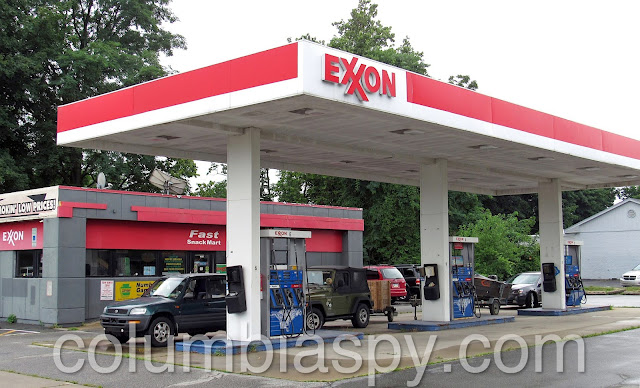 The soon-to-be Sunoco building will also house a laundromat, according to a worker on-scene. 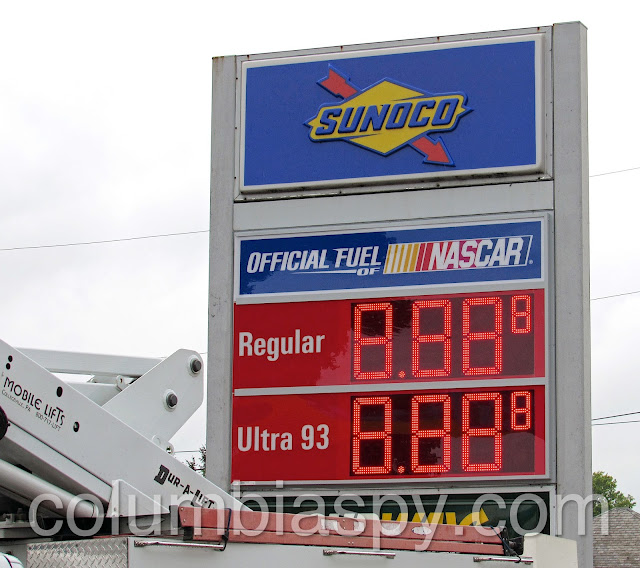 The existing Sunoco station got a small facelift - another new sign.
Obviously, the pricing display is yet to be programmed.
Posted by Joe Lintner at 6:41 PM