According towncharts.com, Columbia Borough has the highest percentage of renter households to total households (41.6%), as compared to other area municipalities.  The percentage is higher than the national average.

Columbia also has the fourth smallest number of owner housing units (58.4%) - as compared to all the other places in the area.

The figures come from most recent demographics data available from the Census Bureau released in December of 2016. 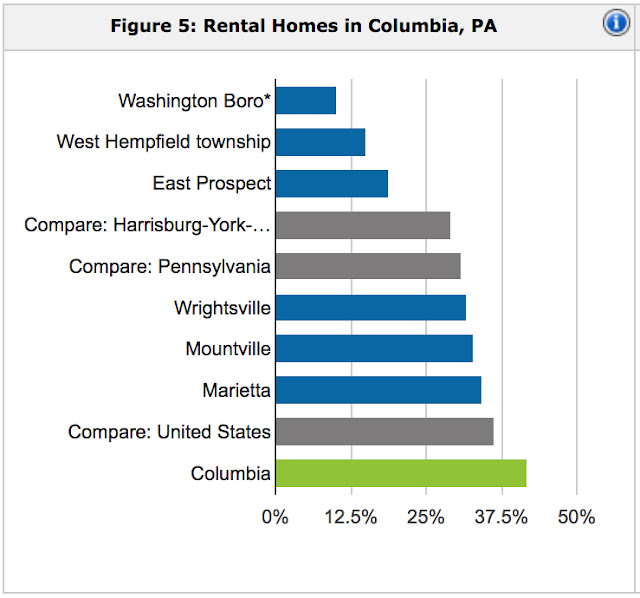 Figure 5 shows the percentage of renter households to total households. Columbia indicates it has 41.6% Renter Percent which is at the top of all other places in the area. 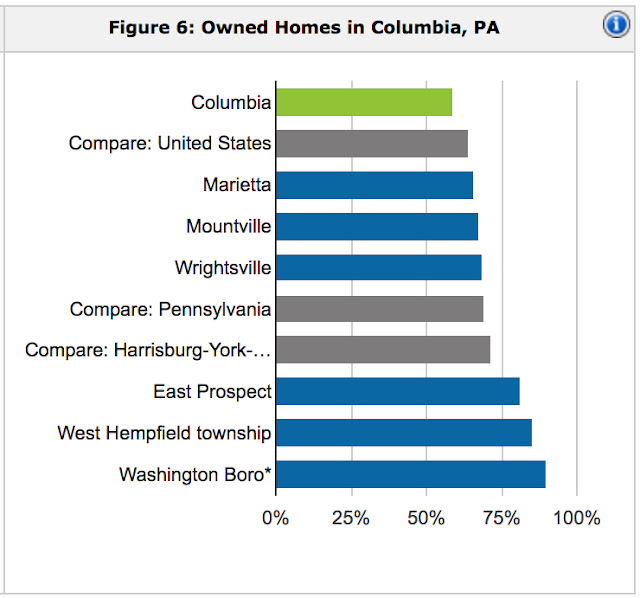 Figure 6 shows the number of owner housing units and it has 58.4% Owner Percent which is the 4th smallest Owner Percent of all the other places in the area.

Other Columbia statistics, such as demographics, economy, education, and healthcare are also available at Town Charts HERE.
Posted by Joe Lintner at 10:58 AM

As everyone can see COLUMBIA is going to Hell in a HAND BASKET because the JUNK PEOPLE are taking over the town. No one cares anymore, ask your Mayor and Council People about this. SLUM CITY

If we could only go back in time. The single family home to multiple rental unit homes exploded in 1987 when Grinnell locked out its workers. A large percentage of workers were Columbia residents and homeowners. (I bet you can find a relative in your family who once worked at Grinnell...seems like back in the day everyone worked there at one time or another in their life.) Those who lost their jobs moved away. Some, in effort to make up for lost income, subdivided their homes to provide housing the those who came from all over to take the lower paying positions at Grinnell. It was a prime example of supply and demand...people needed housing and we provided it not knowing the damage it would do 30 years later.

Look at the apartment unites and the section 8's and who owns them! Their names should be posted on apartment UNITES and SECTION 8's!!

There is no relief in site. Taxes, reassessment, crime, even the standard of living is on the down hill slide.
Council could care less.

They need to be inspected harshly and monitored by codes and the police.
Enough is enough!

I agree that the Grinnell strike helped the decline of single family ownership in Columbia. The failure to annex land in the mid 1960's also did not help.With the construction of the Rt,30 bypass, the decline of the downtown business started,especially with Park City being built at the same time.Also, the business parks between Mountville and Lancaster created jobs in which people bought homes in new developments that would have probably lived in the borough.
The previous borough councils sort of turned a blind eye on the housing issues until it was too late. The damage is done and can not be corrected overnight.

boro mgmt MUST create an ordinance or something NOT allowing anymore single homes to be turned into rental properties. Every day....even more do, create a program to encourage homeownership and give a discount on taxes for a few years like 3...

Every Rental Property in the Boro should be made to pay the same taxes as the amount of units they are renting. If John Doe is paying $5500.00 a year in School taxes then every one who rents should have to pay $5500.00 in School Taxes. If there are five(5) Electrical meters on a single home then the School taxes should be $27,500.00 for that property then we are getting equal tax dollars for each Family living in the House, think about it Boro Management do the Math and stop screwing the other people.

There is no incentive to move into Columbia. The two unfortunate things that hold back Columbia is the image and School District. If I were in my twenties with a good job and good education for my children, I would move to Hempfield or Penn Manor. I looked for a homes for sale in Manor Township, and there are few. Their taxes are half the price, and the home values are higher.
Columbia Borough needs to get a grip and rid of the mediocre tyranny, and dig deep to help the hurting. We all want the amazing past that Columbia once had, and can be accomplished by replacing these governing bodies. Get out and write the vote!

i agree. columbia was solid back in the day. the rental properties have destroyed us so badly. it's outrageous. for such a small land locked town. the madness MUST stop. taxpayers for years have been saying you have to do something to stop all therentals and now there are more than 800....and more every day. this is serious. stop it now. as for the school-they MUST consolidate. period. give the kids a choice-Donegal, Manor, Hempfield. period. lastly.....find a way to make tenants PAY some kind of renters tax or something. this town is poverty and the middle class are losing their homes every day. hello...wake up. you HAVE to see whats going on here. NOW do something to fix it. it's way past broke.

Yes, we are paying to educate all these extra kids. Rental units should be charged higher taxes somehow. On the other hand, reality is that it's too late to turn this around. And rental units aren't just for the south end of town anymore, they are creeping into areas of town that had been isolated. That's a huge turn off to any prospective home buyer.