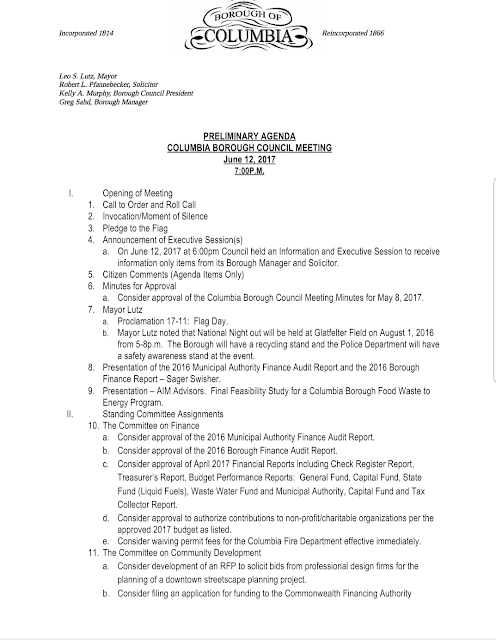 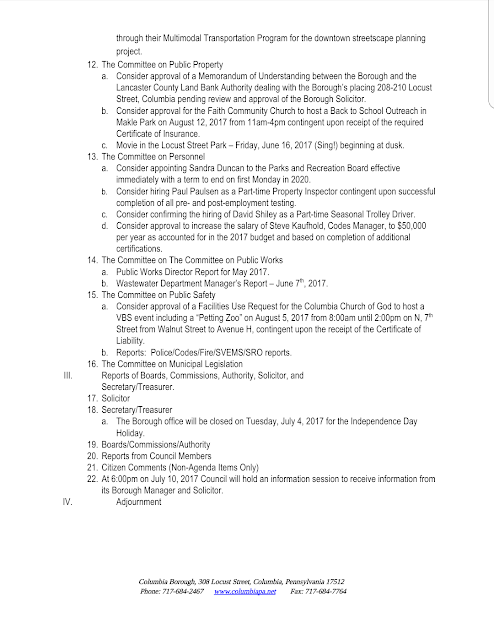 I am pretty sure they bought a new sweeper and are waiting for delivery. Was told by borough worker it was expected in 4-6 weeks. That was a month ago.
It would be nice if it had a spray attachment on it to spray for weeds. The gutters are looking horrible with the weeds growing among the trash.

Mr. Hogentogler made excellent remarks at tonight's meeting, but naturally his statements and questions were met with disdain.

He asked about the new street sweeper that was paid for with tax dollars. He claims that it has not run in nine weeks. Recently I called and asked if the street sweeper ran because there was more trash and dirt after the hours it would have gone down my street. The answer was not clear. Hogentogler was right to ask what's going on because​ we are paying for this service that we have not been receiving for several weeks. Do we get a tax adjustment?

It's totally clear that any taxpayer questioning anything is a thorn in their side and unwelcome.

Regardless of the "Downplay," it is not a lie, the borough has brought up the idea of moving the borough offices and police department to the DAC building. There IS a meeting about a feasibility study on this very subject this week. Wednesday at 5:00 pm.

it's time to take back our town! this shit is crazy. but i have to say to everyone....pick up a broom and sweep your sidewalk then use a shovel to put it in with the trash! if people weren't such slobs and animals it wouldn't look like trash city. as a taxpayer i don't want to spend money on yet another street sweeper. make everyone responsible for their own areas.

Who made an offer on the fire hall? If they(the borough) has an offer, it should be made public. I hope they are not waiting out for the feasibility study to be done. One rumor is moving the police department there,and offices to the DAC building.We need it on the tax rolls,not sitting idle,and owned by the borough.

well...., to the best of my knowledge no one in this town has ever been issued a citation for littering. If ten people are given a fine, 1000 people will hear about it and stop littering. You can sit at Hinkles and watch people come out of Stovers and throw their candy wrappers in the alley. With absolutely no enforcement of a littering law, why would anyone expect the streets to be clean ? Can't the meter people issue littering citations ?

It's all out of control.
Residents have no say!

Pay higher taxes, be assessed higher than you can sell for, buy new trash cans, don't ask because ypu won't be answered, run on run on!