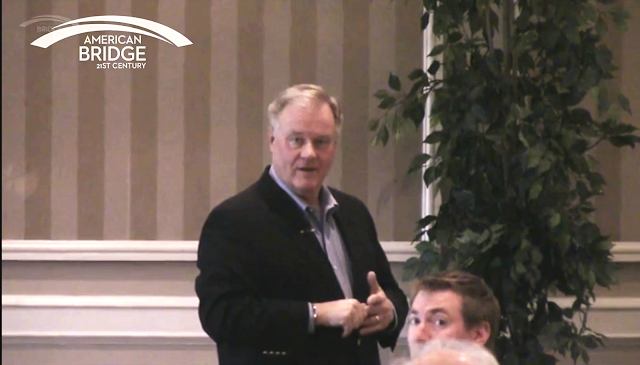 On yesterday's "About Town" post, we cited a quote by State Senator Scott Wagner that demonstrated his ignorance of science. We said the quote tells you all you need to know about Senator Wagner.

There's more you should know about the senator.

Yesterday, he disrupted his own speech, stole a videographer's camera and apparently assaulted him. Fortunately, the videographer continued filming with a cellphone.

The two videos plus the rest of the story can be found here:

So this is not okay but Berkeley can deny conservative speakers,deny freedom of speech, riot, protest and become violent?

Berkeley has nothing to do with it. Wagner disrupted his own speech, stole the guy's camera, allegedly assaulted him, and then hid in his office. The only mistake the photographer made was relinquishing his camera.

He entered a private meeting, even admitted to it on camera. So his initial mistake is what prompted everything after that. My point is, when will you post ANY of the wrong doings of the Democrats and their bad behaviors?

So Wagner's people should have called the police to deal with it. Not personally commit assault. If he can't handle one troll with a camera, then how the hell is he going to handle being a governor?

And this isn't kindergarten. One wrong does not allow another.

Yeah, it's just too bad that RWNJ's like Wagner have to have closed meetings at country clubs!

“I don’t want to belong to any club that will accept me as a member.” Reportedly said by Groucho Marx.

If the senator has nothing to hide, he should welcome anyone from the media. Escalating the issue is not the answer.