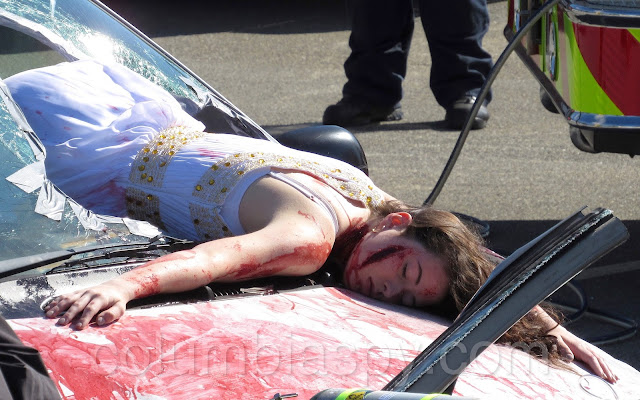 A "Prom Promise" event was held in the west parking lot of Columbia High School this morning. The mock scenario was designed to discourage students from driving under the influence of drugs and alcohol, as well as texting.

Student actors from the Columbia High School Drama Club enacted a realistic scene, with some covered in blood. One was partially ejected through the windshield and was lying motionless.

Another student, wearing a bloodstained prom gown, was given a field sobriety test and led away in handcuffs.

Firefighters worked to extricate a student from the car by removing the roof and windshield.

A particularly sobering moment came when the coroner's​ van rolled up and the partially ejected victim was placed in that van.

The mayor and several borough council members witnessed the enactment.

Thanks to all those that participated in today's drill. 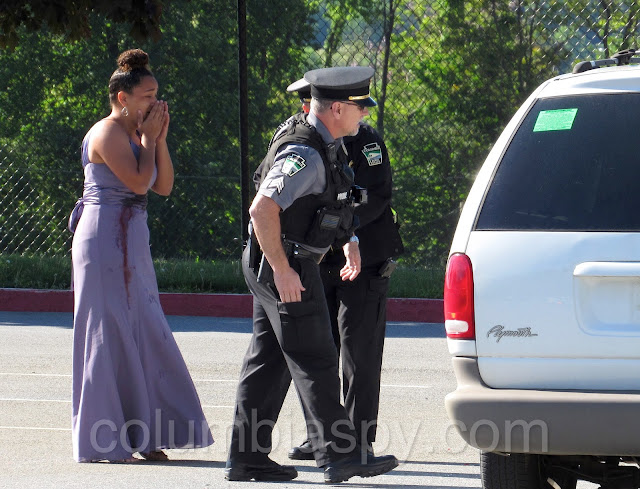 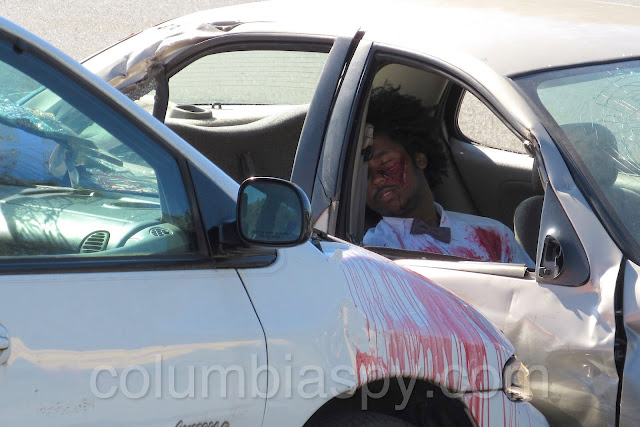 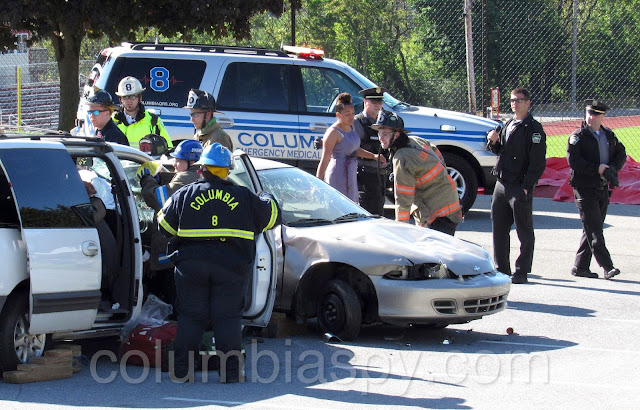 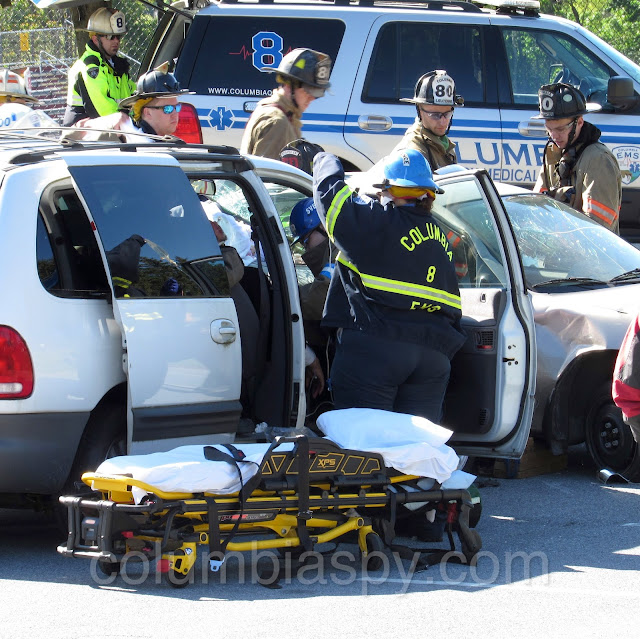 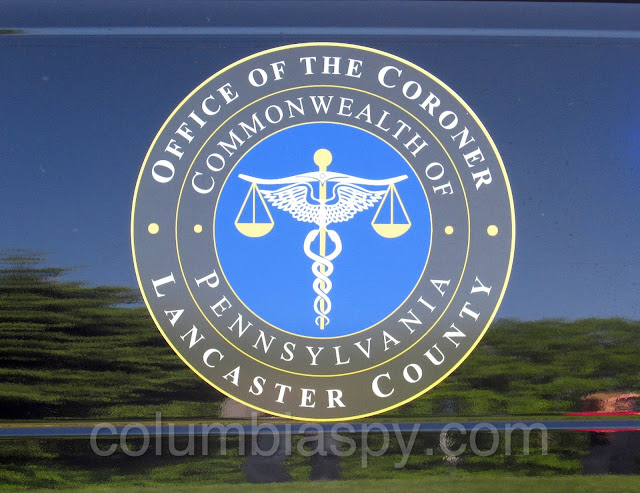 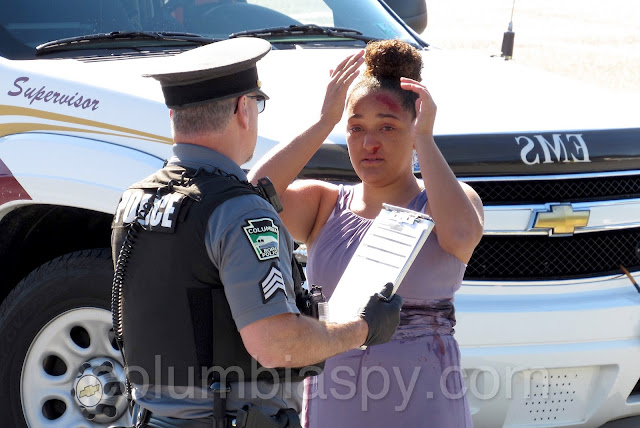 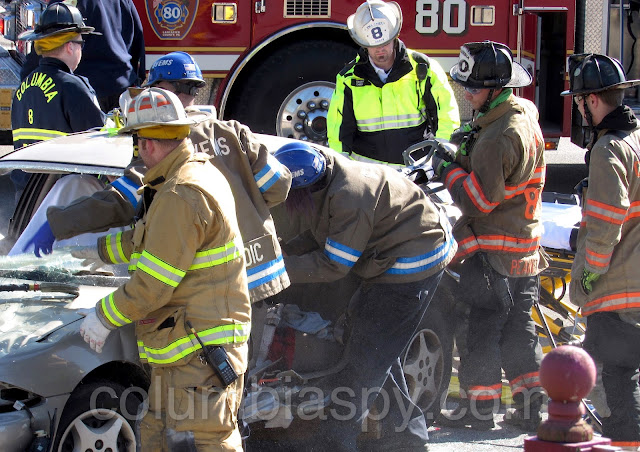 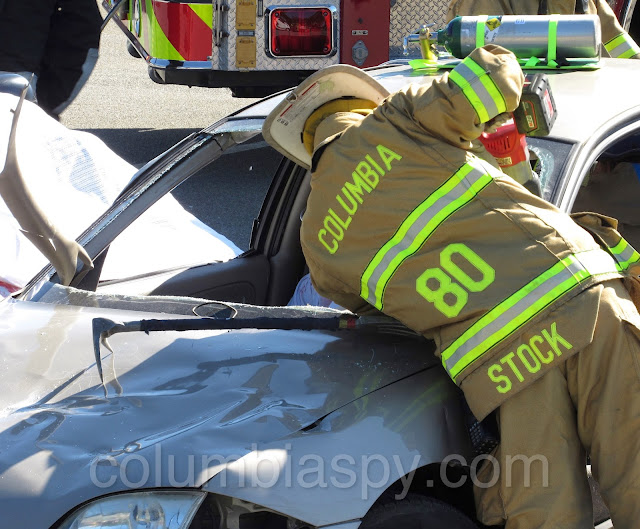 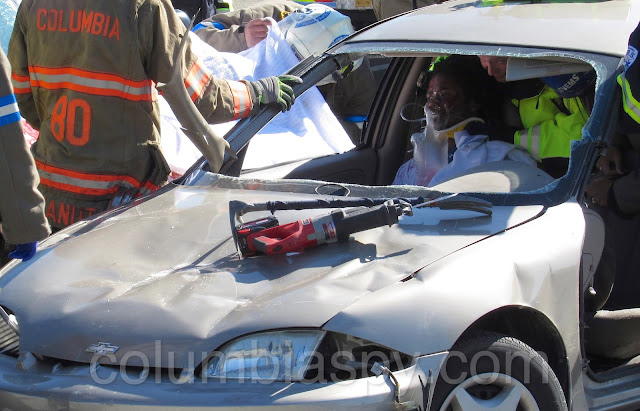 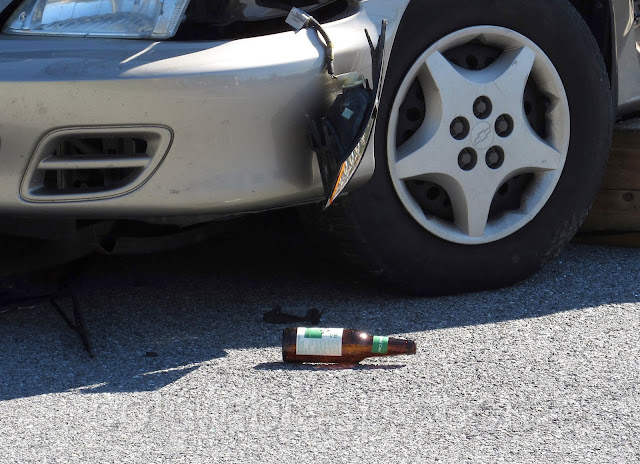 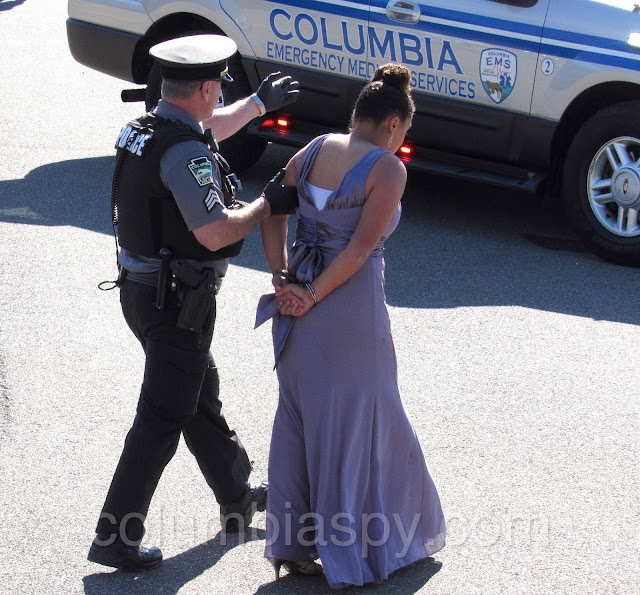 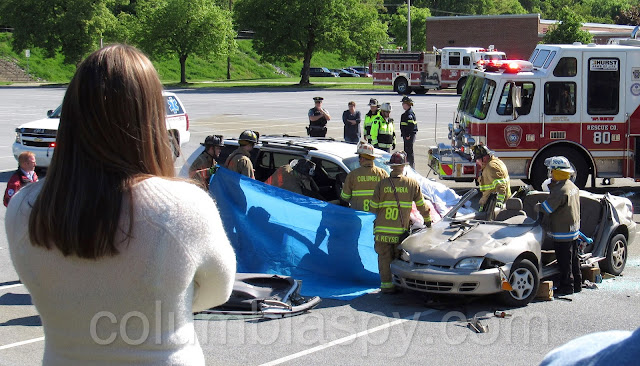 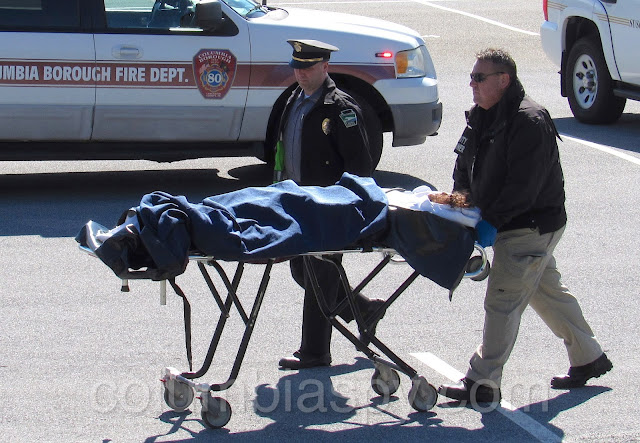 Besides being a lesson to the students about drinking and also texting while driving, we,adults should learn from this exercise.

Thank you to everyone who participated in this tragic reenactment. Let's pray that this is the worst anyone will ever see or experience. Alcohol, drugs, cellphones and immaturity don't mix well with driving.