PRELIMINARY: At about 6:15 p.m., medics and QRS units were dispatched to the Route 441 bypass near Bridge Street for a medical emergency.

A silver-colored car was off the road on a grassy area just below the Colonial Metals storage units.

A white male was placed on a stretcher and was bleeding profusely from the head. He was transported from the scene by ambulance.

Bystanders claim to have heard "officer involved shooting" on scanner, but this was not confirmed. Another bystander said the chase started in Hellam Township.

A witness said he saw the car go off the road on the Route 441 bypass, with police in pursuit. He said officers approached the car with guns drawn.

The scene was completely cleared by 8 p.m. 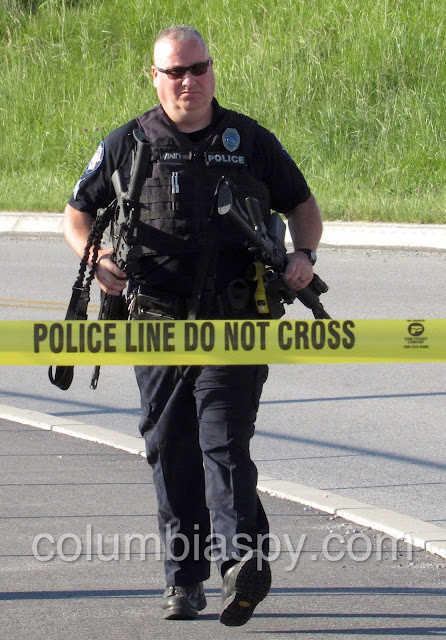 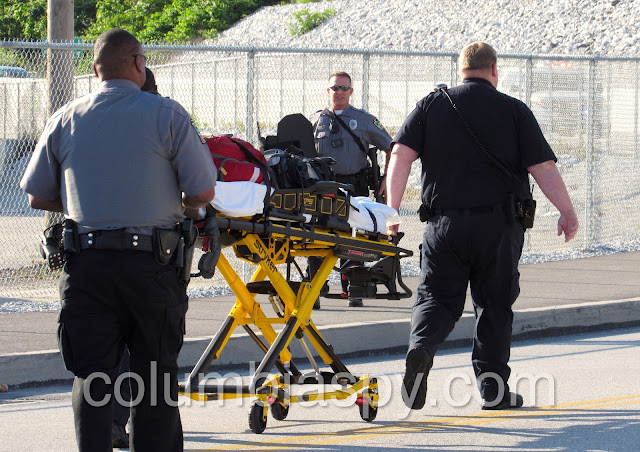 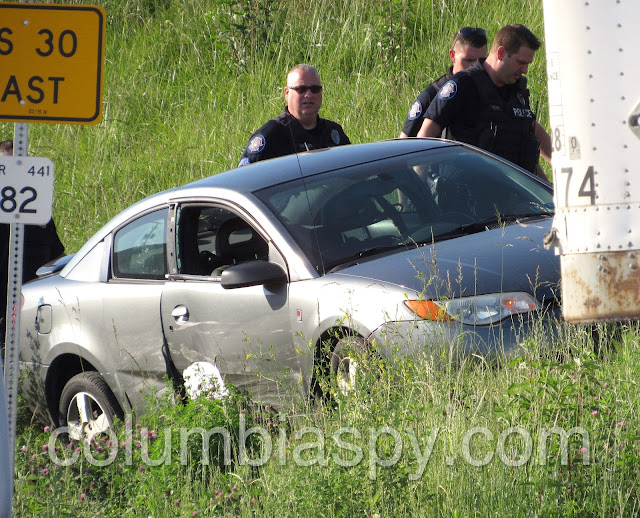 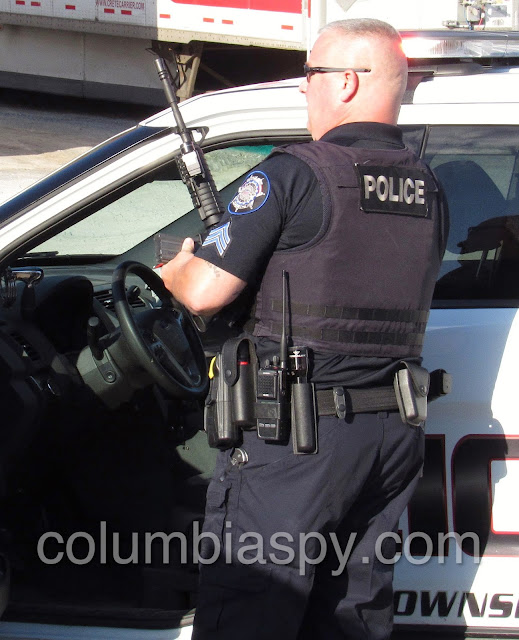 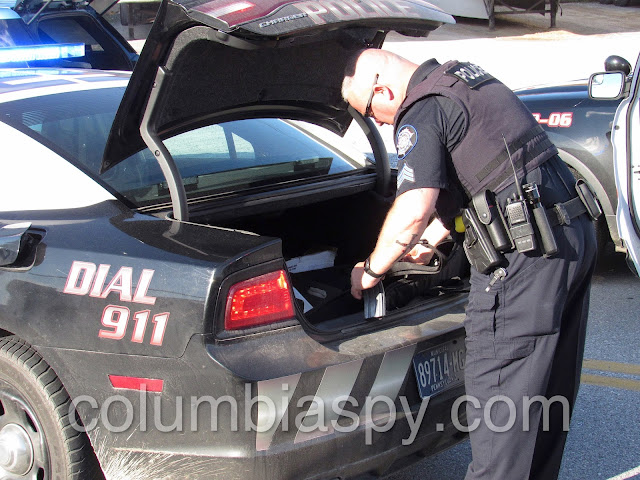 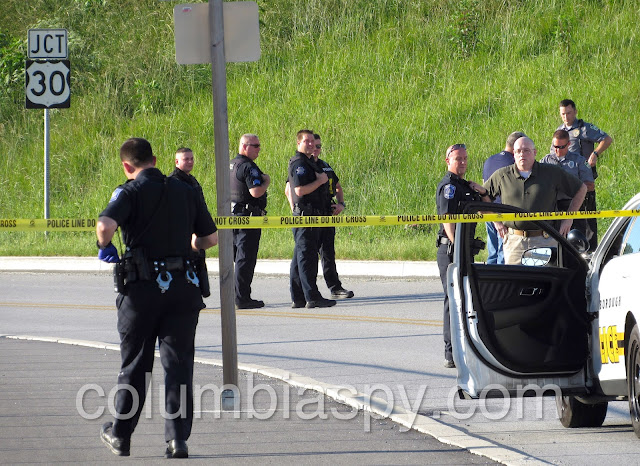 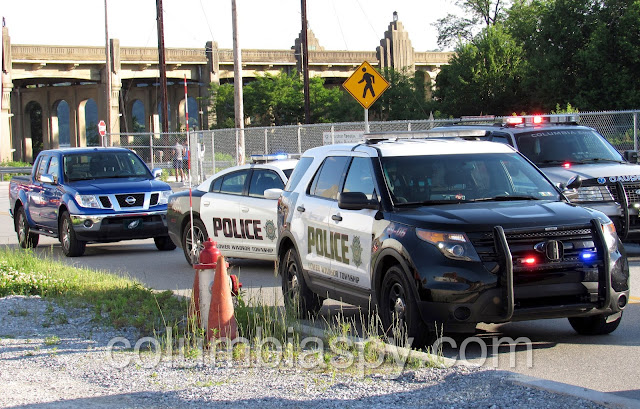 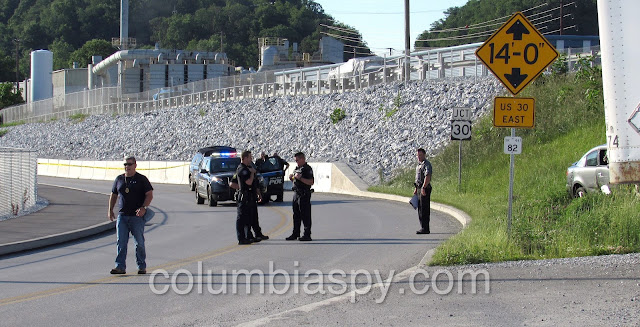 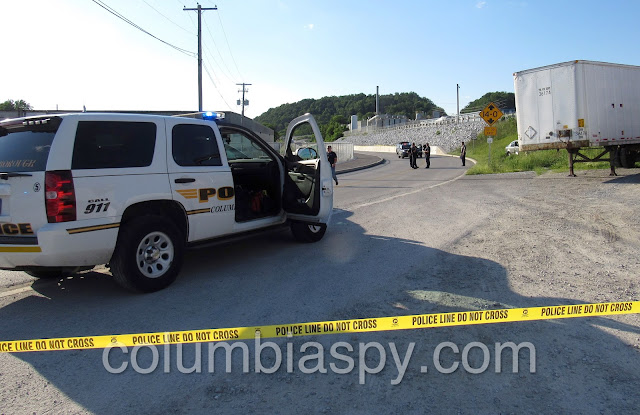 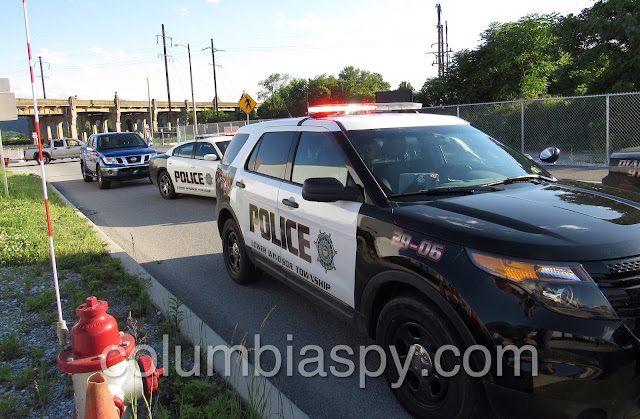 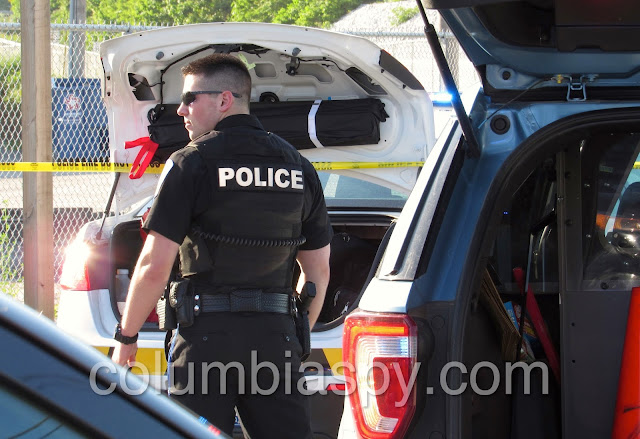 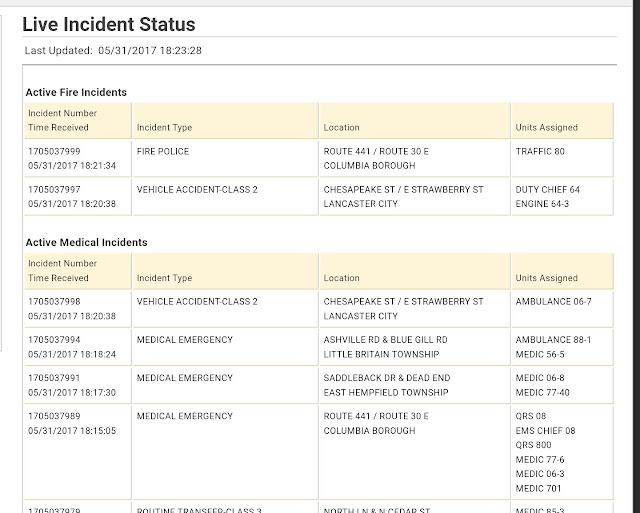 "A police pursuit that started in York County culminated with a the driver shooting himself Wednesday evening in Columbia, an official said."
Posted by Joe Lintner at 7:32 PM

Love the Spy, thank you! Your beautiful.

Thanks to the good Samaritan for directing traffic until the fire police arrived. He provided a necessary service at a dangerous intersection for quite some time during the height of the incident.