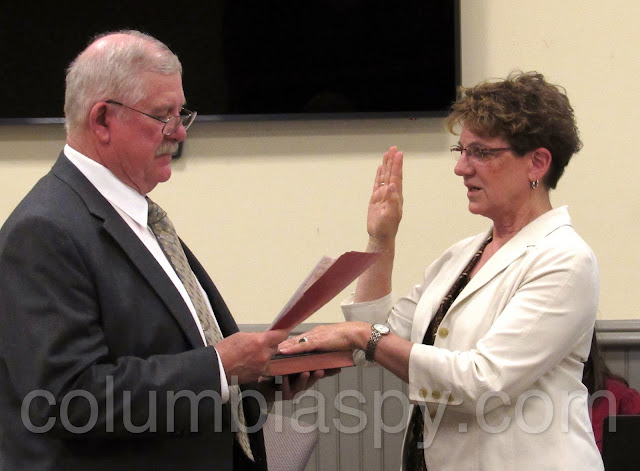 
In a 6-0 vote at Monday's borough council meeting, Marilyn Kress Hartman was appointed to fill the council seat vacated by Dr. Sherry Welsh. The term expires on the first Monday in January 2018.

Hartman is a Columbia native and realtor with Lusk & Associates Sotheby's International.

Resident Robert Thompson was also interviewed for the vacant seat.
Posted by Joe Lintner at 7:35 PM

Marilyn Kress Hartman said the reason people aren't buying homes in Columbia is because of the high taxes. All along we were being led to believe it was because of negative social media comments. How about that!

What solution did she have for the high taxes in Columbia?

Let's give her a chance.
I find her Marvelous!