What's happening down at the bridge? 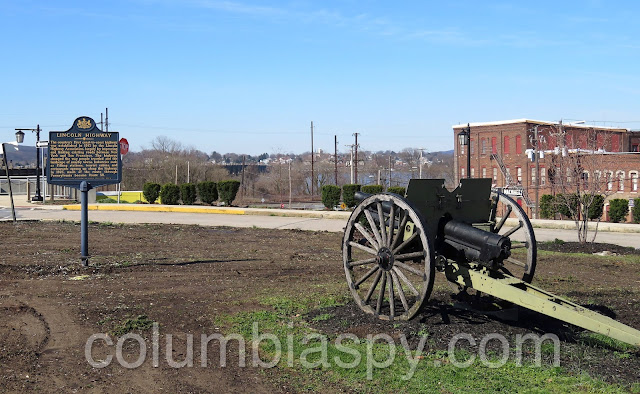 Bushes and other plantings were recently removed as an initial step towards creating a memorial to veterans - fittingly enough, at the entrance to the Veterans Memorial Bridge.

The landscaping happening now at the Columbia bridge plaza is an initial step in a project with several facets to honor veterans.

The project was originally conceived by Philip Glatfelter in 2016 and will eventually include flags to honor those who served in the military. (Glatfelter, a veteran, died in October 2016.) Columbia's Community Development Committee has undertaken the project, according to Rebecca Denlinger, borough consultant. The project will also include a brick memorial to honor veterans.

Cleon Berntheizel, borough councillor, and chair of the Community Development Committee, said the project will feature eight flags, including two American flags. There will also be five service flags: Army, Navy, Air Force, Marines, and Coast Guard; and a POW flag. There will be four flagpoles on each of the two islands adjacent to Route 462. All flags will be visible behind the two cannons at the site and will be uplit at night.

Brick sidewalks will be installed in front of the flag area with bricks containing veterans' names. There will be a fundraiser to help support the campaign, according to Berntheizel. After the completed project and dedication, veterans groups can continue selling bricks as a fundraiser. The landscape architect, Tom Jones Landscaping of Marietta, will continue installing bricks at no fee, according to Berntheizel, who stressed that names are not limited to Columbia residents. Veterans from surrounding areas are eligible also. Bricks will be arranged in a herringbone pattern, with veterans' bricks surrounded by blank bricks so that "named" bricks will not abut each other.

"I think it's going to be a great visual for people and something we can all be proud of." Berntheizel said. 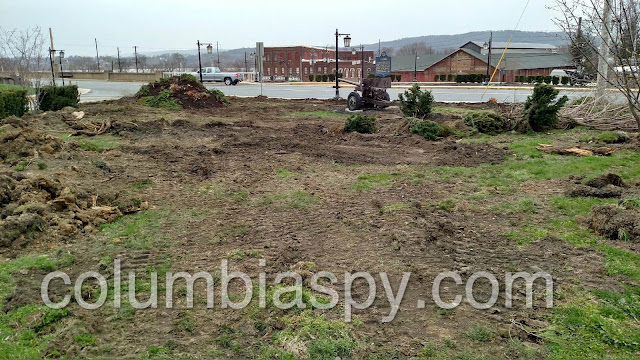 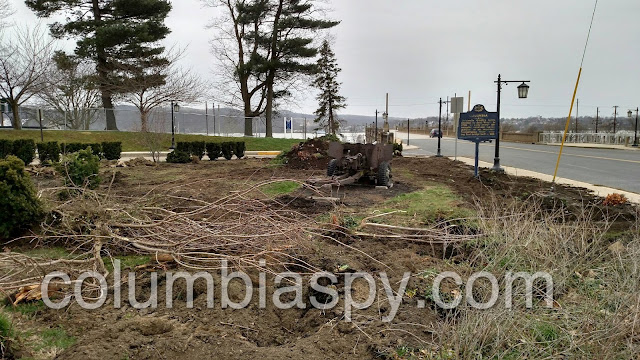 The two photos above show the initial removal of bushes and other plantings at the bridge plaza last week. The work is being done by Tom Jones Landscaping of Marietta.

Someone keep us informed of the progress, please.

very nice idea. I hope we use the same cannons that are presently there.