More inane graffiti from the talentless and bored

More graffiti has been noted recently, this time on Jersey barriers along Front Street (under the Veterans Memorial Bridge), and along the Route 441 bypass. Trailers parked near Bootleg Antiques, and the concrete wall leading to the Northwest Lancaster County River Trail were also spray-painted. This incident is believed to have occurred this past Tuesday evening, according to sources. 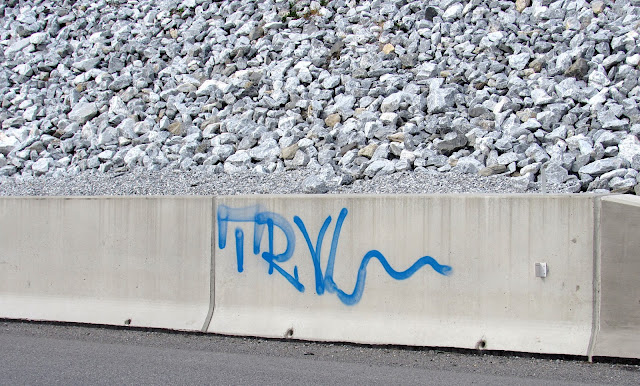 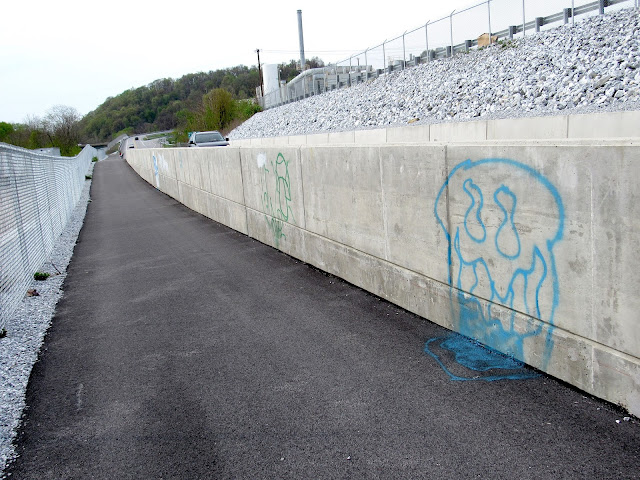 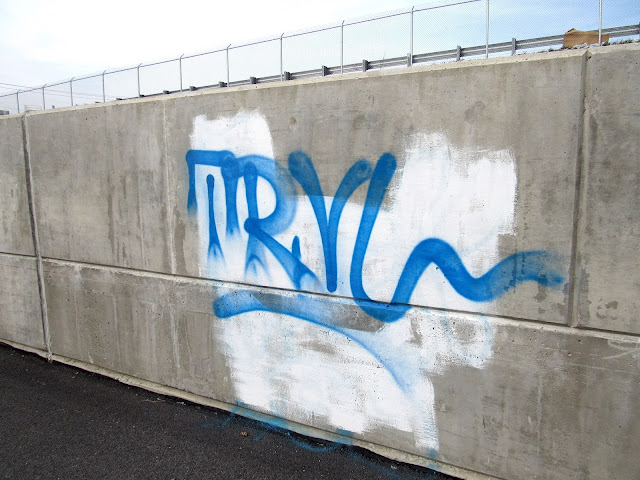 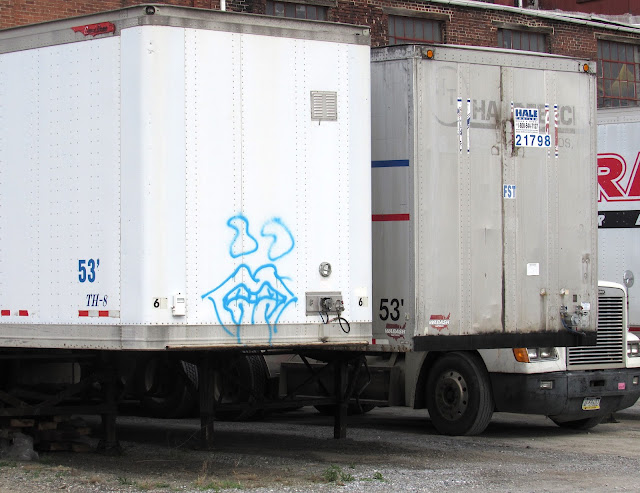 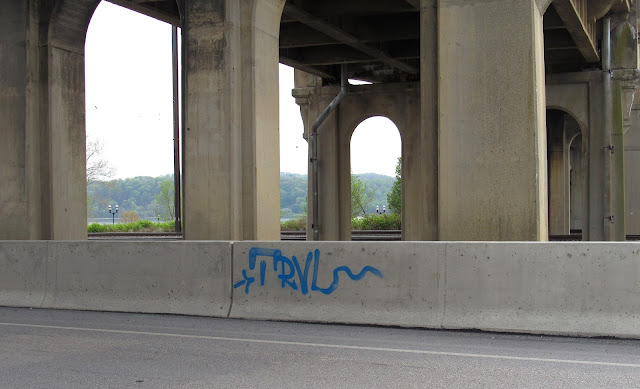 The two photos below show graffiti on the Veterans Memorial Bridge that was painted during the incident a few weeks ago that Columbia Spy reported on HERE. 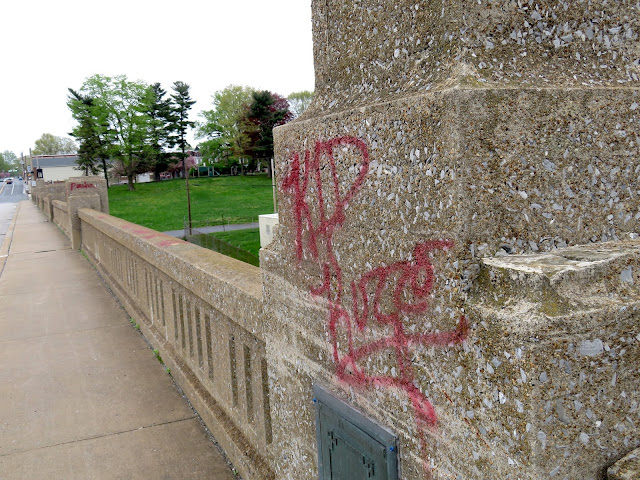 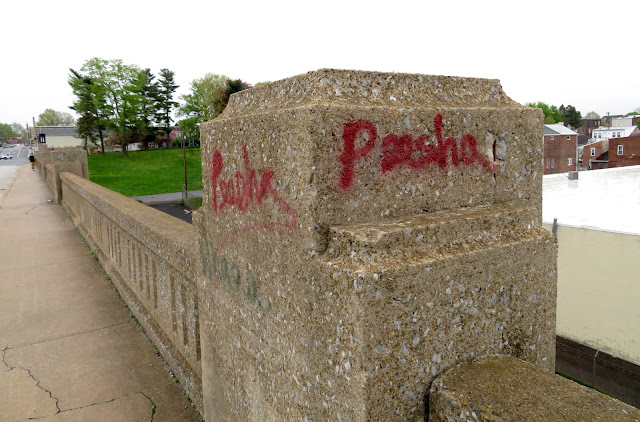 I hope they catch the punk(s) that do this vandalism.If they do, regardless of age,make their names and mugshots public.Give them brushes and have them scrub their acts of mischief

What about the cameras around town ??

Agree. Stop blaming the cameras and start holding these animals and their parents PUBLICLY accountable.

Well, it will give the 2 trolley passengers something to look at.