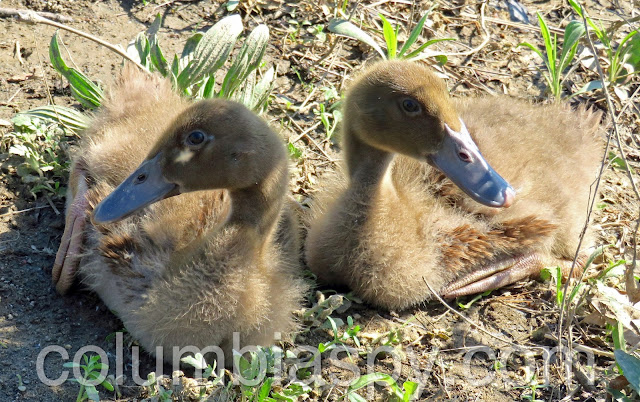 Two ducklings were hiding in the weeds at Columbia River Park this afternoon. 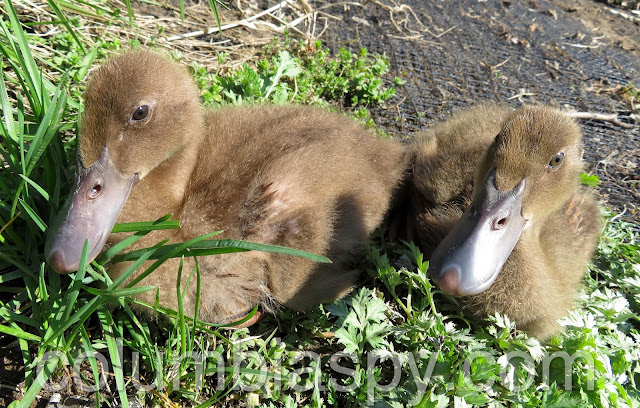 They looked like they'd lost their way and didn't know what to do. 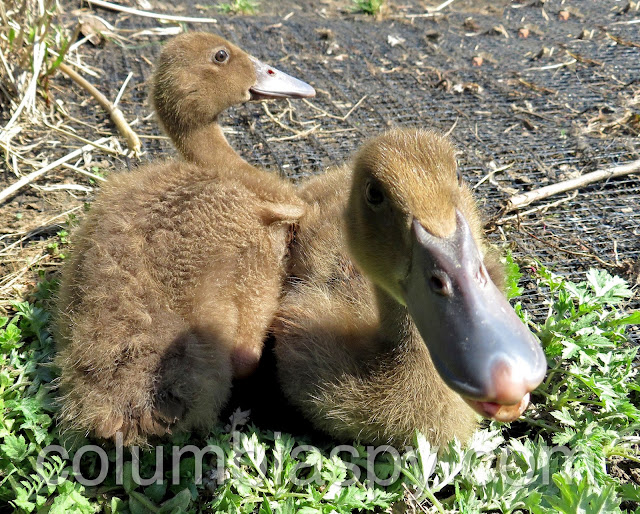 Mother duck was nowhere to be found. They were all alone. 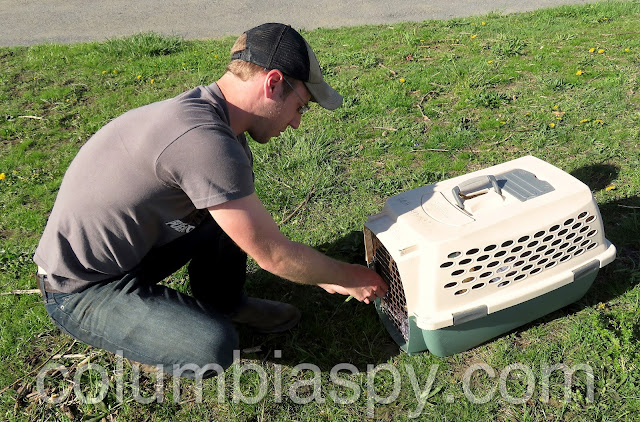 But there's a happy ending!
Columbia Spy corralled the young 'uns and then called ORCA, the Organization for the Responsible Care of Animals. An employee drove from Lancaster and placed the ducklings in a carrier. He said he was expecting such a call, because pet owners often dump ducklings near the water around Easter, thinking they will adapt to the environment. He identified these two as Khaki Campbells and said they instead would have died slowly from starvation - or quickly from predators. He said these two were literally "sitting ducks" at the mercy of this kind of environment.
It's possible they will be taken to Chloe's Creek in Mount Joy, a domestic water fowl rescue, to live out their lives in safety and tranquility.
Posted by Joe Lintner at 7:13 PM

Very nice thinking on your part. Feels good to hear a nice story with all the negativity in the news these days.

The vast majority of residents in Columbia Borough simply do not want to be educated on the topics at hand that directly impact their lives here. They prefer to continue paying high taxes without question. Only a handful of devoted residents attend meetings and ask questions of those that have been elected. Perhaps that is part of why Columbia cannot shed the reputation it has had for generations. Most are content to hang on Facebook sites that foster stupidity. Thank you Cole for what you have tried to do for the residents, but even spoonfeeding information does not work. They remain apathetic. Sharon