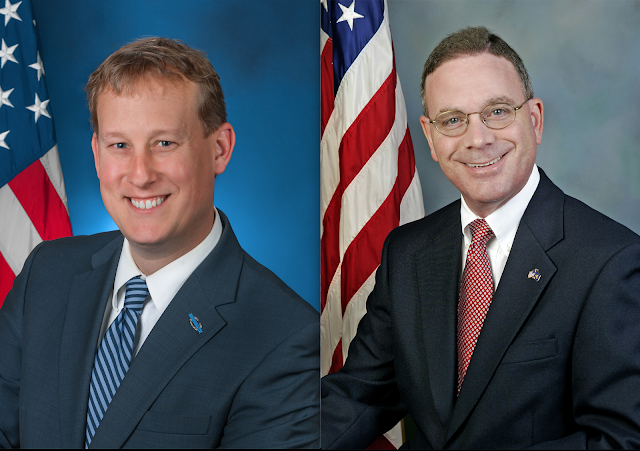 Columbia Spy has learned that PA Senator Ryan Aument and PA Representative Dave Hickernell will appear at an informational meeting at 5 p.m. on Thursday, April 6, to present updates from Harrisburg. Aument has previously expressed support for property tax reform, as we reported HERE.

Columbia School Board's Committee of the Whole meeting will convene at 6 p.m. A preliminary agenda for this meeting is shown below. Item 6 of the agenda lists a request for a motion to appoint Rachael Smith Kedney to the vacant board seat until December 1, 2017. That seat was vacated when Iris Garrido resigned last month.

Both meetings will be held at the District Administration Center, 200 N. Fifth Street, Columbia 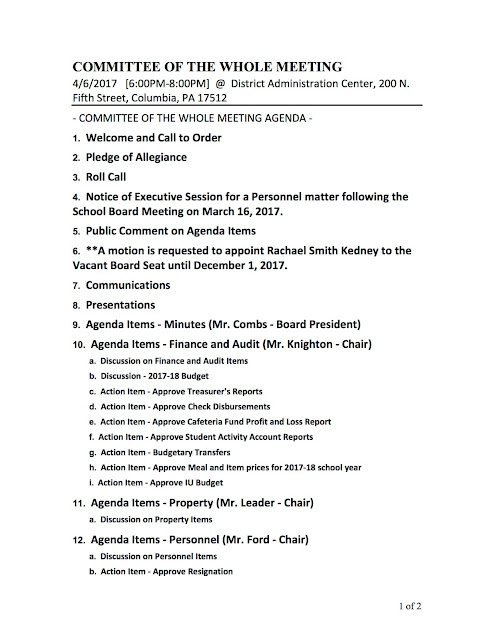 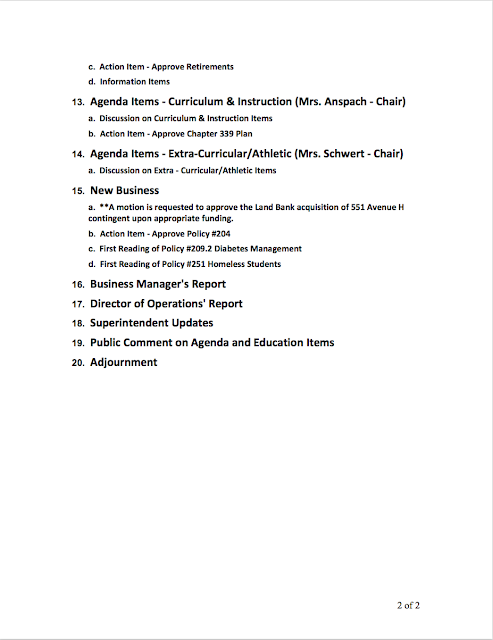