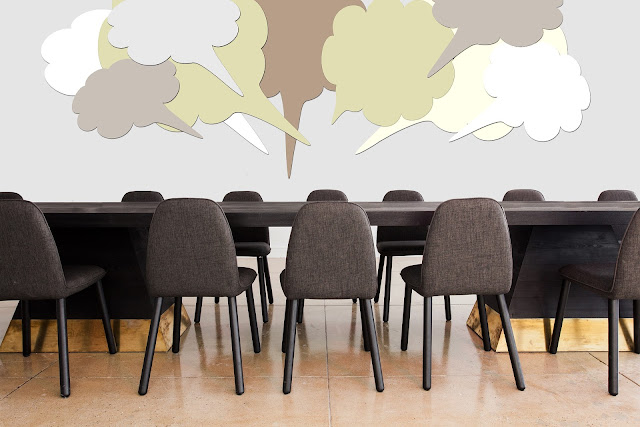 After the motion was made, the board remained silent for almost 10 seconds, until director Barry Ford seconded the motion for discussion. An additional 15 seconds passed before director Charles Leader said, "We're in process. I don't know how we can do this." Leader was referring to the process of evaluating the contract.

Knighton cited a previous meeting when the board seemed to be in agreement on renewal.  Director Kathy Hohenadel pointed out that the wording of Knighton's motion failed to state that the two boards are going forward with discussions, but rather included time parameters that the boards have not agreed upon. "I think we're jumping the gun," she said.

"I think it would be nice to let ELANCO know where we stand," Knighton said. Ford asked if it would be better for the Columbia board to say that they would like to enter into negotiations with ELANCO to extend the agreement.

Leader reiterated his previous point, "I don't see how we can do it. We're just starting to discuss this." Leader said he needs data and more discussion among people. Ford agreed, saying there needs to be more discussion. Director Vickie Anspach also agreed, citing the need for more data and discussion. Hohenadel said the length of the contract cannot be determined at this point, because the contract has to be mutually agreed upon by both boards.

Board President Keith Combs said the Columbia board is willing to continue with discussion on the agreement. He said members of the administration are happy with it. Combs said that in the past, new hires have used Columbia as a stepping stone, without providing adequate direction. "We are going to pursue extending the agreement; we just have to work out the details," he said. Leader said it was fine that Combs talked to the administrators about the agreement, but that he also needs to talk to the staff.

At Hohenadel's request, Knighton repeated his motion but left out the five-year time frame.  Leader said, "That wording doesn't seem right to me." Hohenadel asked for the motion once again, and Knighton read it. Leader pointed out that the board was already following the procedure stated in the motion and asked why it was needed. Knighton explained, "It makes it public. It makes it official."  Hohenadel said the action could be accomplished simply by making an announcement rather than a motion.

Dr. Robert Hollister, acting superintendent, said, "I think you do need to get something on the official record, because that will also open the door, because the Eastern Lancaster County School Board hasn't discussed this, per se." He also said evaluation should be part of the motion.

Knighton pushed for urgency, saying, "We're running out of time. June 30 is going to come quick." June 30, 2017 is the deadline for renewal.

There was a brief discussion to add wording to the motion, specifying "evaluation." Without an amended motion being read, a roll call vote was nonetheless taken, with Leader being the only "no vote." Iris Garrido was not present, due to her recent resignation.

After the vote, Hollister said that although the June deadline is approaching, there is no pressure to make a decision immediately. He said the service agreement could be extended, if necessary.

During the citizen comments portion of the meeting, resident Frank Doutrich asked why the board isn't considering other opportunities besides the shared services contract with ELANCO, such as school merger. While Doutrich acknowledged a merger may not be the best option, he said that the board has an obligation to look at other options.

Why didn't we share with Hempfield or Donegal. We were told the share was with tec and Super. No merge with anyone that would take on a financial burden of us just a savings, some how Tom got a well paid job out of this, Ha. We know why. There will be no merger that another district takes on our debt.

Actually, the state can mandate a merger. It's not a matter of "asking" a district to take Columbia. The state can step in.

How can you go forward with extending the agreement without knowing how much money was saved thru the current agreement? I agree, 5 years is too long to enter into agreement. Strickler would like a 5 year agreement. Will his position be evaluated also? It should be.

seriously? remove each and every school board member. consolidate the schools. fix our exorbitant high taxes. done.

if only it was that easy.

It may not be easy, but its the only way our taxpayers & children win.

i can NOT understand...how hard is it? this poverty town can NOT afford the taxes and can't afford carrying the hundreds and hundreds of tenants, their kids, etc. CONSOLIDATE NOW.

Wow...to make a motion out of the blue to extend this agreement for five more years with little to no discussion before hand is outrageous. I don't by the argument this motion was made because time was short and action was needed immediately. Hostetter said himself time was not an issue. You would think the board president would have discussed this with Hostetter prior to making such a motion. No wonder citizens are suspicious about this board and this agreement.

Not so much win as simply survive.

For every puppet - there's a puppet master. "Someone who is 'Pulling the strings.' In essence, someone controlling what goes on beneath them."

REMOVE each school board member. They are doing a GREAT DISSERVICE to this community. We WANT to consolidate the schools. We DESERVE lower taxes. Raise the state sales tax....EVERYONE (ALL RENTERS INCLUDED) pay that. They are NOT representing the taxpaying homeowners of this Borough. They ALL should be ashamed for the crap they try to shove down our throats.....