More than a dozen cats rescued from urine-soaked apartment - more inside? 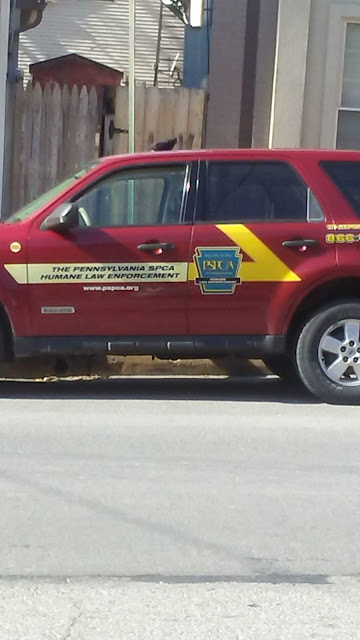 A source has reported to Columbia Spy that about 15 cats and kittens were rescued from an apartment at 244 Union Street this afternoon. Authorities were alerted to the scene by a report of an overwhelming smell of cat urine on the premises. According to the source, the Columbia Codes Department and the Philadelphia office of the Pennsylvania SPCA carried out the operation. Reportedly, the SPCA might return to rescue more cats believed to be inside. Columbia Borough Police and the Columbia Life Network reportedly assisted at the scene. 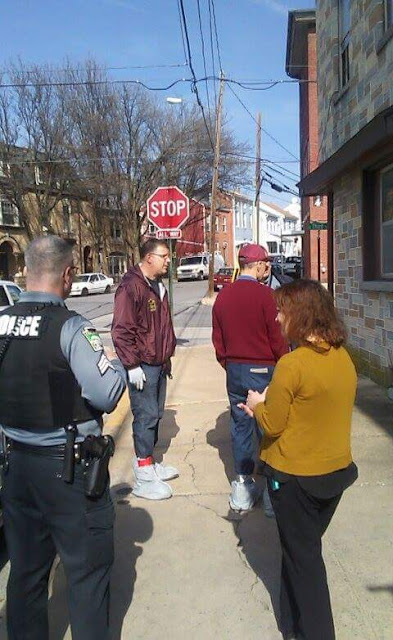 According to postings on the property (shown below), Manager of Code Enforcement Steven Kaufhold obtained a warrant to search the premises from District Judge Scott Albert. A "condemned" sign posted on the entrance states the property is "Unfit for Human Occupancy." 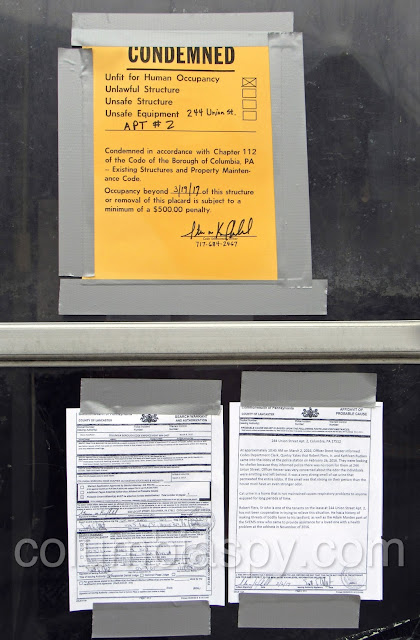 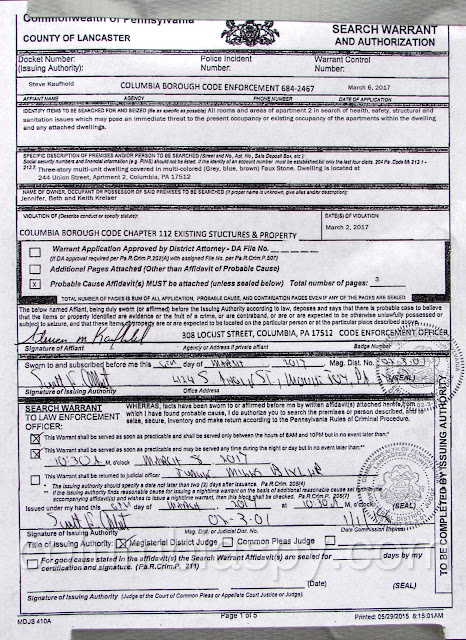 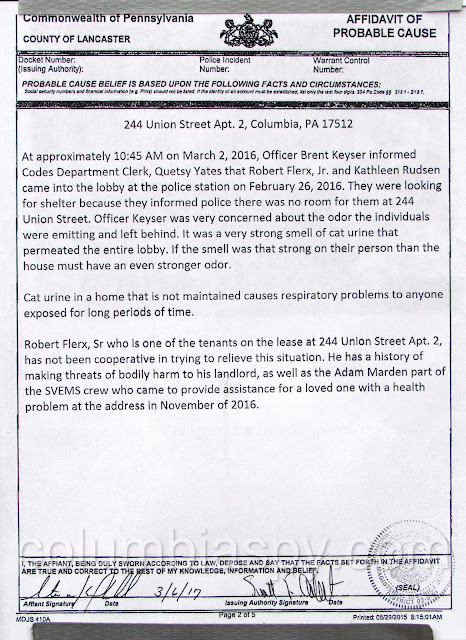 Affidavit of Probable Cause 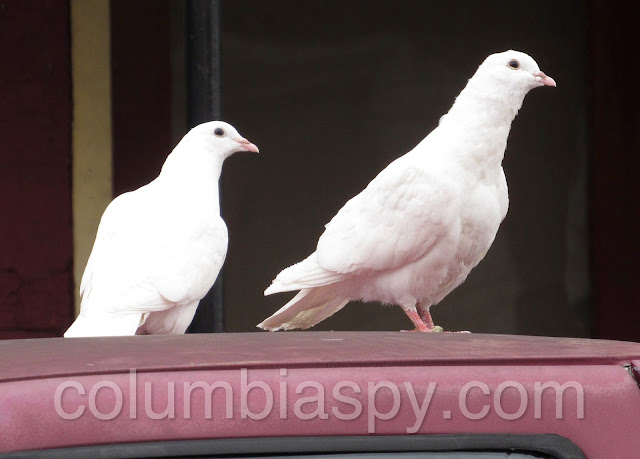 These two white doves, which were fairly tame, were perching on the roof of a pickup truck near 244 Union Street this afternoon after the cat rescue. Did they belong to the tenants?
Posted by Joe Lintner at 6:15 PM

Those two birds looked as if they just landed on Mars. I felt sorry for them. Hope they can survive the cold tonight.

After reading the warrant, I hope the one responsible for this gets the book thrown at them. Walking by that property at times, you could smell the stench. The neighbors are happy action was taken.

Who owns the apartment?

Nothing beats the one they did this past summer on the 200 block of Walnut st.

I use to live in that building years ago. So I'm not sure if the same guy owns it or not. It use to be Keith kreiser

Keith Kreiser . Columbia Spy is quick to report everyone else's names but everyone wants to protect this slumlord ! Whole building should be condemned

Is the whole building condemned or just apt 2?

Whole corner property should be condemned. Quick to collect the rent and leave the building fall apart.

surprised the DJ signed the search warrant. the YEAR is wrong!!!!! WOW

There are other properties owned by the same I owner.
Codes is ignoring these Rental Units. Pick and Choose