Iris Garrido resigns from School Board 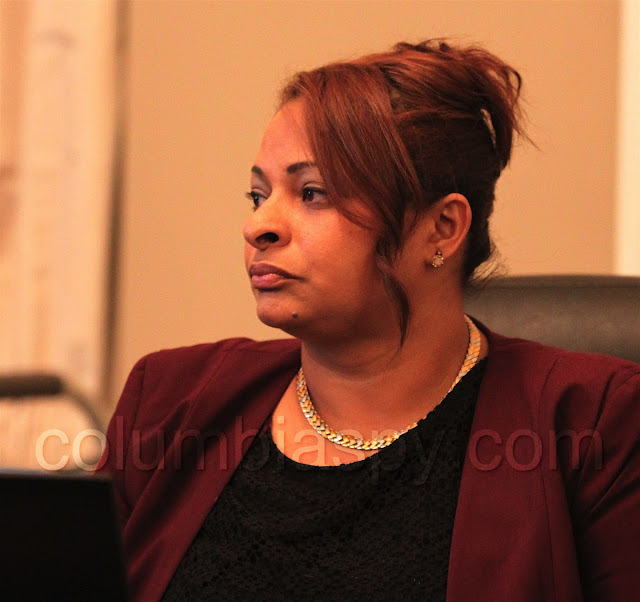 School Board director Iris Garrido has resigned from the Columbia Borough School Board, it was announced by Board President Keith Combs at Thursday's meeting. The effective date of the resignation was not specified, and no reason was given for her departure. Garrido served on the board since September 2016.

Combs said that anyone interested in applying for the vacant seat should send a letter of interest to the District Administration Center by April 3, 2017.

Why did she resign? Was she bullied, couldn't get anywhere with suggestions & got frustrated. Would like to hear some readons. Anyone out there know the truth?

Maybe a conflict of interest with her job, working for district attorney.

Sorry to hear it, but it will be interesting to hear why. If it was a conflict of interest, she should have known that when she applied for the position.
I have never seen such a turnover of board members between elections. There has to be a reason!!

Well who wants to sit on a board with a majority of members who care most about making sure Tom keeps his job? I for sure do not because ending the Elanco contract would be my first priority. We are losing money and homeowners can't afford to pay these high taxes when the board is so irresponsible with our money.

If I read the Merchandiser correctly, they had Strickler as District Superintendent in an article about community leaders serving breakfast to students. Hope that was a typo error.

The BEST way to improve this borough is through property tax elimination. Residents with money in their pockets to put more food on the table, to buy clothing for their kids, make home improvements, fix their car. Improve the quality of life here for our residents by eliminating property taxes.

Perhaps it's because the people who volunteer in this town are bullied by the constituents. CONSTANTLY. They are constantly told that they have agendas, that they are in someone's pocket, that they only care about the elite, etc. I'm sure it gets old being told how terrible they are when all they are trying to do is help. And then when they address the bullying, they are demonized saying that they are only protecting The Big Bad Government's agenda.

If you can't be solution-oriented, stop adding your input.

The adults of this town needs to stop bullying people. Maybe then the kids will follow the example.