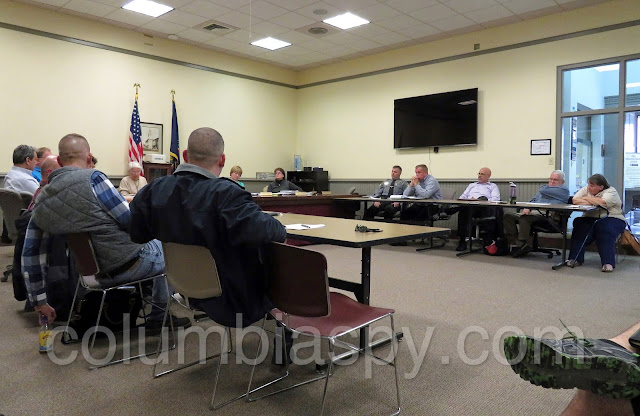 Columbia QRS/EMS and Susquehanna Valley EMS gathered last Tuesday at a special meeting to air concerns and resolve differences over ambulance service in Columbia. The Borough's Public Safety Committee brought the two groups together at the Municipal Building, along with representatives from the 911 Dispatch Center. Tuesday's special meeting grew out of a February 8, 2017 Safety Committee meeting in which SVEMS members expressed concern over a CEMS ambulance being put into service in competition with their own service.


Councilman John Novak, serving as chair for Tuesday's meeting, laid out ground rules for the "information only" meeting and invited representatives to sit at the table with the Safety Committee and borough officials to facilitate conversation. Novak stated that the purpose was to provide a forum for the organizations to discuss commitments, focuses, concerns, comments, and questions about CQRS and SVEMS ambulance service to and within the borough.

Novak explained that the 1 p.m. meeting time was chosen at a time most convenient to both parties. As the plan proceeded, it was considered the perfect opportunity to also invite public input and comment during the discussion. An additional 18 people were in attendance.


Mike Fitzgibbons of SVEMS explained how their operation works, including billing for ambulance transport services. "For 2016, out of the calls we billed this year, there's about $52,500 still sitting out there waiting to be collected," Fitzgibbons said. "Whether we're going to get it or not is questionable." Regarding the new CQRS/CEMS ambulance, he said that if the unit goes into service, joint billing will dilute the volume of current billing.

Fitzgibbons said, "We've always had a decent relationship with the QRS. This has certainly strained that relationship, unfortunately. I've been told multiple times by Mr. Splain that he has never wanted to put an ambulance in here since our last meeting, and now we are at a crossroads where we're putting an ambulance in." 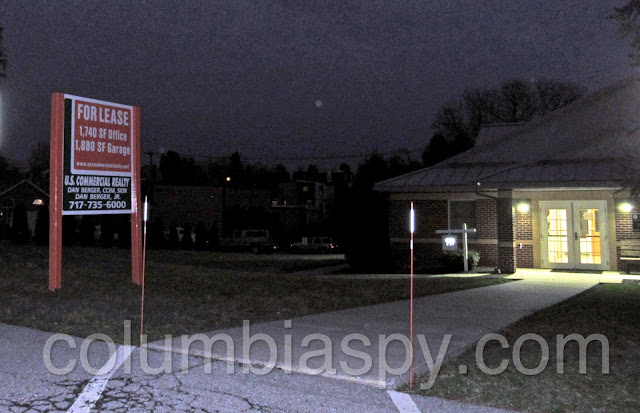 FOR LEASE sign at SVEMS property on Poplar Street

Addressing the "For Lease" sign on SVEMS property on Poplar Street, Fitzgibbons said the organization is seeking a tenant for the front office area that is currently unoccupied. He said they have no plans to move out. Councilman Novak asked about a part of the sign reading "garage" area also for lease. Fitzgibbons acknowledged the wording but did not elaborate.

Frank Splain, Jr. of CQRS/CEMS addressed the committee, explaining that CQRS is an all-volunteer service started on July 1, 2003. Splain said that CQRS has purchased an ambulance which was licensed December 29, 2016 under a conditional, provisional, temporary license.  Explaining the intention for the ambulance, Splain said, "Our biggest thing was being able to cover additional standbys. We are not going to be doing routine transports with that ambulance. We're here just as a piece of the pie to help additionally with calls that we would be able to help out with and again to try to solidify and work with Susquehanna Valley EMS."

Regarding billing, Splain said, "We obviously do not bill for any of our services at all for the quick response avenue of it." He said there would be a bill for ambulance service, which would be sent to the patient's insurance company. If the insurance company does not pay or pays only part of the bill, the patient would not be billed for the service.

Prior to the ambulance purchase, CQRS was not permitted to transport patients. CQRS provides emergency medical care at the scene until an ambulance arrives to transport the patient.

Novak stated that SVEMS is the recognized and supported, fee-based, first provider for all class I, II and III Lancaster County 911 call centers and said they have been a great service provider. He added that QRS has for many years supplied a tremendous service to the community at no cost. CQRS is a "501-c3" that has its own funding and does not charge the public for its services.

During the meeting, Councilwoman Wickenheiser said, "I just feel like I'm back sitting in the fire company." She was referring to a a 2006 meeting at the Susquehanna Fire Hall in which a similar issue was discussed. According to an August 30, 2006 LNP article, a four-hour meeting took place in which Columbia Borough Council voted to retain SVEMS for basic ambulance service. Over 100 people attended that meeting.

Novak asked for SVEMS and CQRS/CEMS to work together and formulate a billing procedure to avoid double billing. Novak told Fitzgibbons, "We've heard an agreement that Columbia QRS is willing to submit to SVEMS a proposal. You're willing to review it, and you feel that you can accomplish that within a 30-day period."

A resident in attendance asked for the "no charge" statement by CQRS to be put in writing as part of the contract. He said he does not want to receive a bill from CQRS and that he is already a paid member of SVEMS. Splain declined to put the statement in writing, saying "It's all good." Mark Fritz of the Columbia Borough Fire Department agreed with the resident, saying, "It should be in writing, because if you look back at the minutes of the meeting in 2006, Frank Splain stated that Columbia QRS would not take a dime of taxpayers' money, but they (QRS) get an allotment every year. Who gives the allotment out - the taxpayers and reduction of fuel costs. If it's not in writing, it didn't happen." Borough Manager Sahd said the statement will be in the minutes of this meeting.