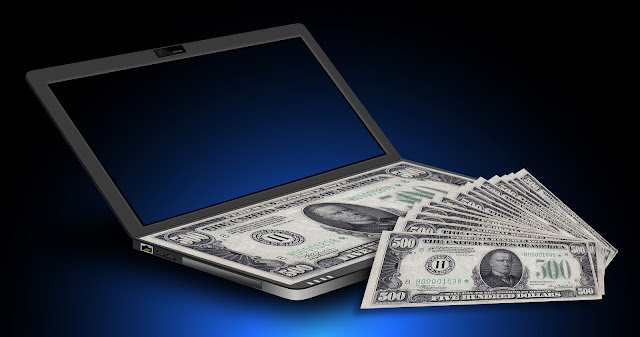 School Superintendent Dr. Robert Hollister provided an interim report on the Columbia-Elanco shared services agreement at February's School Board Committee of the Whole meeting. Hollister estimated savings to Columbia School District at about $300,000 for the current school year, based on savings on salaries and tech services, waivers of various fees, and donated time.

As part of the cost breakdown, Hollister noted that Columbia taxpayers would have paid $185,000 for a superintendent this year rather than the current $165,000 under the agreement. He also said that although the district is still partially funding a business manager, it would ordinarily have spent about $115,000 instead of the $70,000 for business services under the contract with Elanco. Hollister estimated a total of about $90,000 in salary savings for all services.

He said Elanco provided additional pieces of technology to Columbia at no cost and noted that salary savings for tech team services was $31,685. He said that technology is where large amounts of money add up.

Hollister listed additional savings with other fees that were waived: $2,000 for an E-Rate consultant and $3,400 for Agenda Manager (for board meeting agendas). He said the real savings were with E-Rate funds reaching back to the 2015-16 school year to the tune of $88,734.59, adding that it was money Columbia should have been trying to get but never did previously. [According to Wikipedia, "E-Rate is the commonly used name for the Schools and Libraries Program of the Universal Service Fund, which is administered by the Universal Service Administrative Company (USAC) under the direction of the Federal Communications Commission (FCC). The program provides discounts to assist schools and libraries in the United States to obtain affordable telecommunications and Internet access."]

Hollister said the district will not be getting state dollars originally expected for the shared services agreement. [A $250,000 grant was to be made available for the two districts to pilot the agreement.] “I was told very specifically that money is not coming, so we're on our own,” he said.

Despite challenges and distractions during the first half of the school year - replacing the high school principal, dealing with a student situation that concerned the board and required a lot of time, and attempting to resolve a personnel situation in the business office - progress has been made on many different fronts, according to Hollister. He hopes to get direct feedback on the agreement from teachers and administrators towards the end of the year.

Hollister also said both districts soon need to begin having a conversation on whether the agreement should continue for next year or be dissolved, but said the agreement has been positive for Columbia. “I think we have been successful given some of the challenges so far,” he noted.

Several board directors expressed their gratitude to Elanco for the agreement, but Director Janet Schwert cautioned, “We also need to take into consideration the help or the lack of help that we are going to be getting from the state. We have already been forewarned that the budget process is not going to go well with the state.” Schwert alluded to property tax reform that would help property owners but hurt the school district, making it difficult for the school to budget. “Keep in mind that we are doing this for our kids,” she said.

Regarding the property tax reform:
"We are doing it for our kids." Those kids need a roof over their head and if taxes keep climbing the kids will be living in their parents cars.

Help property owners,but hurt the school district? God forbid anyone earning the big bucks in the district take a pay freeze or even a pay cut to help out. Rely on the homeowners to foot the bill. It's past time for homeowners get a break.

I would prefer to see the financial reports to support Dr. Hollisters claim.Not implying he is misleading us but a report from an indepent accountant would be reassuring.


It is very sad we are just waking up from ten years of tax hikes and home grown citizens selling their homes. What a shame for the whole town to endure not only no solutions, but manipulating the surviving citizens. We are to blame for voting the mediocre and not the concerned. Get the vote out! TidePride!

Dr. Hollister's figures are (at best) a speculative estimate. He is saying that we would have paid $185,000 for a superintendent, but that's his figure, perhaps we would not have paid that much. Same with the 115,000 for a business manager, maybe that much or maybe not. And what about the $96,000 Director of Operations position, where would that figure be in this speculative mix? It sounds like a spin to show the residents how great this agreement has been and why we should renew.

And how much would we save if we consolidated with say Hempfield. And how much better of an education would our children get.
Those are savings we could easily show.

I agree,should have an accountant prepare report. Before the board can approve an extension, official report should be made public.

Everyone says merge with Hempfield. If your going to do it do it right, we become West Hempfield, school board goes, borough council goes, mayor goes, borough manager goes, borough office goes gets rehired, Police chief goes, Highway manager goes. Some get rehired working for west Hempfield. No Superintendent needed or Office manager or staff, some get rehired by Hempfield. Sell Taylor, Park Schools. Keep The High School till Hempfield builds new High School. Dr. Powell made $ 115,000, plus I think she got a raise, not sure for forcing teachers to retire or quit, I think it was 21 that year. Teachers make an average of $ 65,000 a year, that's $ $6500 in retirement, we match that and the state does to. The average teacher retires after 30+ years at $40,000 a year, give or take, take that times 110 teachers work in Columbia. Not bad for 6 hrs a day, 180 days a year. Plus what Admin people get in perks, Columbia What $ 23,000,000 a year, give or take to send 80 plus kids out into the work force. The whole system is out of control.

Of course Hollister is going to say Columbia is saving money, where are the facts? Columbia wouldn't have to pay $185,000 for a superintendent, Clippinger was only making around $125,000 when he left! There's no reason to pay a business manager anything over $80,000. Hollister is making sure his relative's unnecessary position is protected for next year. For those of you scratching your head, that would be Strickler! It always makes me laugh when a School Board Director says, "we're doing this for the kids". What a joke this town has become!