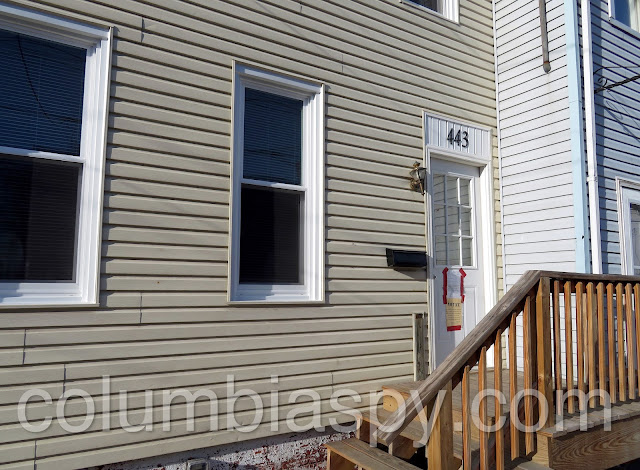 A group home proposal for 443 Union Street was denied by the Columbia Borough Zoning Hearing Board.

During a two-hour public hearing held on Wednesday February 22, Daniel DeLeon presented plans for the home. DeLeon is director of The Way Recovery Houses, a faith-based Christian recovery house program. DeLeon, a former addict turned minister, was represented at the hearing by attorney Nathan Saxton.

DeLeon said that although the name is "The Way Recovery Houses," no clinical treatment would be provided at the planned Union Street house which therefore would not need to be licensed. The house would still be defined by borough code as a group home. DeLeon presented several photographs of two of three other group homes in Lancaster County but did not show any photographs of the Union Street home.

The Union Street property, a planned recovery house for women, would have housed six, unrelated women. Each resident would be required to complete designated chores and find work in order to contribute to the expenses. A Columbia resident, Lakeisha Finks, had volunteered to serve as an on-call 24/7 house supervisor with an office at the recovery house. Her role was described as "domestic missionary."

Steven Funk, the home's owner said the property consists of three second-floor bedrooms, with another on the third floor to be used as an office. The house also has two bathrooms, a new kitchen, living room, dining room, and a laundry area in the basement. Funk estimated the total square footage at 1,250. He stated there is no off-street parking. He added that he has owned the home for 30 years and had planned to sell it to Way Recovery below market value.

Planning Commission member Annette White told the board that no one representing Way Recovery attended the commission's meetings. White said the issue had been on the agenda for three months. DeLeon said he was not aware that was part of the process. His counsel offered no explanation.

After deliberating at Wednesday's meeting, the zoning board announced its decision to deny the request.
Posted by Joe Lintner at 9:30 AM

I think zoning made the co
rrect decision. I can not believe if this was a recovery house, there would be no professional staff watching over the residents. Also, not attending planning commission meetings when it was on their agendas and saying they( applicants) did not know it was part of the process is weak.
That area is a crowded area to begin with, and placing a group home there would make it all the worse.

I must say that I was impressed with the amount of thought that went into this decision. While I got the feeling that the board was leaning against this group home, it appeared as if they really gave it some serious thought. Some decisions by those in authority are made in a snap, but not this time. No one enjoys a two hour zoning hearing, but it was good to see that this amount of time was put into their request. As for the home itself, I went in with mixed feelings. It does seem that there are families here in the borough with less supervision than this plan presented. Homeless people and drug addicts are on our streets daily so why not try to help those that want to "recover?" It did not seem like it would be costing the borough taxpayers anything to do so. I do agree that if the proper path was to go through the Planning Commission first, then that should have been done.