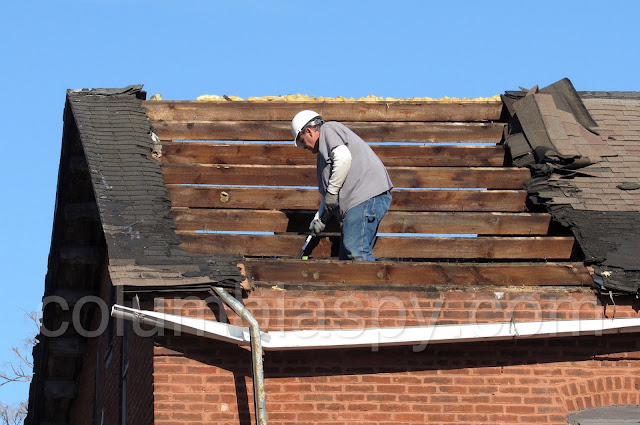 Demolition has begun on a building in the 400 block of Avenue G. The brick structure, once a livery stable, was condemned in June 2015 and suffered a fire the following September. Owners Samuel and Cynthia Bigler previously submitted a request to demolish the fire-damaged building. The issue was heard at the Historical Architectural Review Board's August 17, 2016 meeting, in which the Biglers stated the case for demolition.

hopefully, with a new code man in town, bigler won't continue to get away with this bs!!!
also, take legal action and MAKE the Bank Museum remove the particle or plywood. this has been on for at LEAST 15 years if not longer. with all the visitor traffic in the boro with the rails to trails and all the antique shoppes, they could BE MAKING THE MONEY TO REPLACE OR REPAIR THE DOOR AND BE FINISHED WITH IT. Its truly an eyesore and sould NOT have been allowed ALL these years. Fix it.