A GMC pickup truck with cap was stolen from the owner's driveway at 1001 Ironville Pike, according to the owner. The truck was later found by West Hempfield Police crashed through a wooden fence along the 2400 block of Ironville Pike. The incident occurred some time before 6 a.m. Friday. Currently, police have not released any information about the thief, who fled the scene. The owner was unaware of the theft until contacted Friday morning. Pieces of the fence were protruding from the front of the truck when it was found, including a broken fence post through the front windshield. Police are investigating. 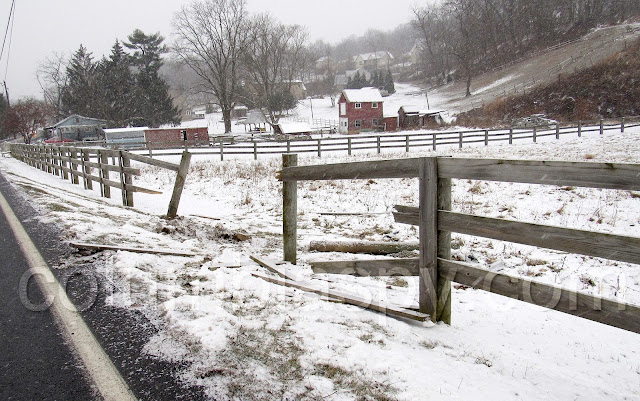 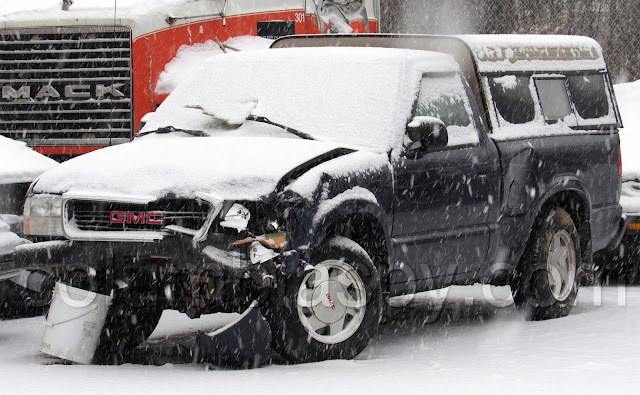 The truck is currently at Patriot-St. Denis Towing and Transport in Mountville. A broken fence post protrudes from the front windshield (shown above).
Posted by Joe Lintner at 11:20 AM